Is Clinton's opposition to offshore drilling spreading to other centrist Democrats? 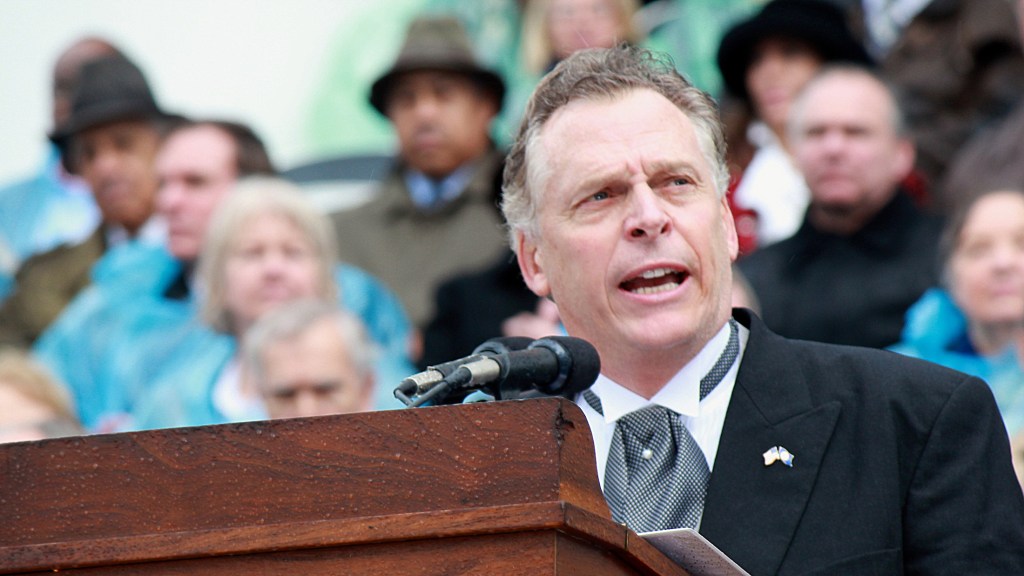 Is Clinton’s opposition to offshore drilling spreading to other centrist Democrats?

Last month, responding to activists’ questions, Hillary Clinton came out against offshore oil and gas drilling in the Atlantic Ocean. In Norfolk, Va., on Monday, Clinton restated her opposition — and she brought Virginia Gov. Terry McAuliffe with her.

Virginia is one of the states where President Obama has proposed allowing offshore drilling, and McAuliffe had supported it in the past. Along the ropeline after a Clinton rally, Greenpeace activists pressed the Democratic candidate again on Atlantic drilling, and she reiterated her opposition. Greenpeace’s people then asked McAuliffe, “Will you support Hillary in opposing Atlantic drilling?”

“If she wants to do it, I’d support her with that,” said McAuliffe. “If she wants, you bet!”

[Update, March 3, 2016: After the video of McAuliffe’s comments to Greenpeace started making the rounds on social media, Brian Coy, a spokesman for Gov. McAuliffe, reached out to the organization to say McAuliffe had not actually changed his position. “He answered the question literally — if she wants to hold that position he supports her right to do that,” said Coy. “His is different but that certainly wasn’t the question.”]

Virginia is a crucial swing state with coal and gas reserves. Typically, Virginia Democrats are relatively pro-fossil fuel development. (Former Sen. Jim Webb, who ran a brief and comically inept presidential campaign last year, had by far the weakest environmental positions  of any Democrat in the race.) McAuliffe is a centrist, corporate-friendly Democrat and a loyal Clinton supporter. McAuliffe’s claim to fame before becoming governor was raking in contributions for the Democratic National Committee, which he chaired, and for past Clinton campaigns, cultivating a donor network he has tapped in his gubernatorial races. He even lives in McLean, Va., the favored D.C. suburb of Republican lobbyists. Just last week McAuliffe was in Washington with a group Republican governors, urging Interior Secretary Sally Jewell to approve offshore drilling.

First, the political center is moving away from domestic fossil fuel development. McAuliffe’s pivot reflects the changing dynamics around him. There has been a lot of opposition to Atlantic drilling in nearby cities and towns. Statewide elected officials in the affected Southern states, almost all Republicans, have remained mostly pro-drilling. But as opposition to the dangerous, polluting business filters upward from affected coastal communities, it stands to reason that the first governor to flip would be a Democrat from a moderate border state.

Second, Clinton’s leftward movement on climate change and energy policy during the primaries does more than just shift her own positions: It resets the agenda throughout the party. Clinton won most of the Super Tuesday primaries yesterday, expanding her lead over Bernie Sanders. But Sanders has clearly had a major impact on Clinton.

Clinton started out the campaign as an Obama clone on energy: in favor of regulating carbon emissions but also for expanding domestic oil and gas development. Clinton is still very much running for Obama’s third term. But climate change is the rare issue on which she has moved left of the president to fend off Sanders’ surprisingly popular progressive challenge. Credit for that goes not just to Sanders but to the climate activists from groups such as Greenpeace and 350.org who have been doggedly questioning her on the campaign trail. In response, Clinton has called for rejecting the Keystone XL pipeline before Obama did so, and she came out against both Arctic and Atlantic drilling.

With Clinton enjoying the overwhelming support of Democratic elected officials, many of them will gradually bring their platforms in line with hers. As a result, the entire party will be more aggressive on combatting climate change and ending the U.S.’s fossil fuel dependence.

Editor’s note: This story has been updated and its headline adjusted to reflect new developments.