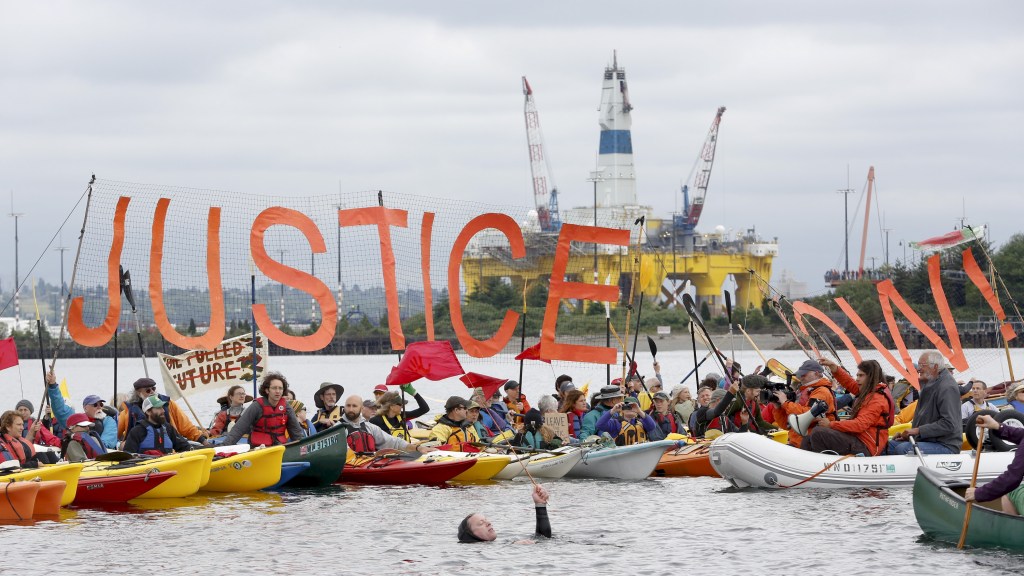 Environmental activists have been on a winning streak when it comes to keeping fossil fuels in the ground, from knocking down approval for the Keystone XL pipeline to stopping the Obama administration from opening Atlantic waters to drilling. They’ve been holding out for one more big win over Arctic drilling.

Activists were disappointed, then, on Thursday when the Department of Interior teased a “major” announcement only to leave the future of the Arctic open. Instead, Interior finalized regulations that will supposedly make it safer to drill in the difficult polar waters, while costing the industry around $2 billion over the next 10 years. The most prohibitive of the measures requires backup rigs in the case of a spill, and as well as planning for Arctic-specific conditions like limiting drilling during bad weather.

At the moment, Obama’s not really making environment or industry allies happy. “It may be the case that the rules require safer drilling practices, but the simple fact is that there’s no safe way to drill for oil in the Arctic with the climate crisis deepening all around us,” David Turnbull of Oil Change International told Grist.

Meanwhile, Sen. Lisa Murkowski (R-AK) thought it sent mixed messages on the offshore industry’s future and was “dismayed by the regulatory onslaught” on energy production.

In any case, this is just the prelude to Obama’s big climate finale of his administration. The draft for the administration’s five-year offshore-drilling plan offered new leases for sale in the Arctic; the final plan is due out later this year, and will determine development all the way through 2022.

Obama has already protected more ocean than any other president before him, but his decision on Arctic leasing might be the legacy that sticks.