Republicans are claiming the new climate rules will wreck the economy. They're wrong 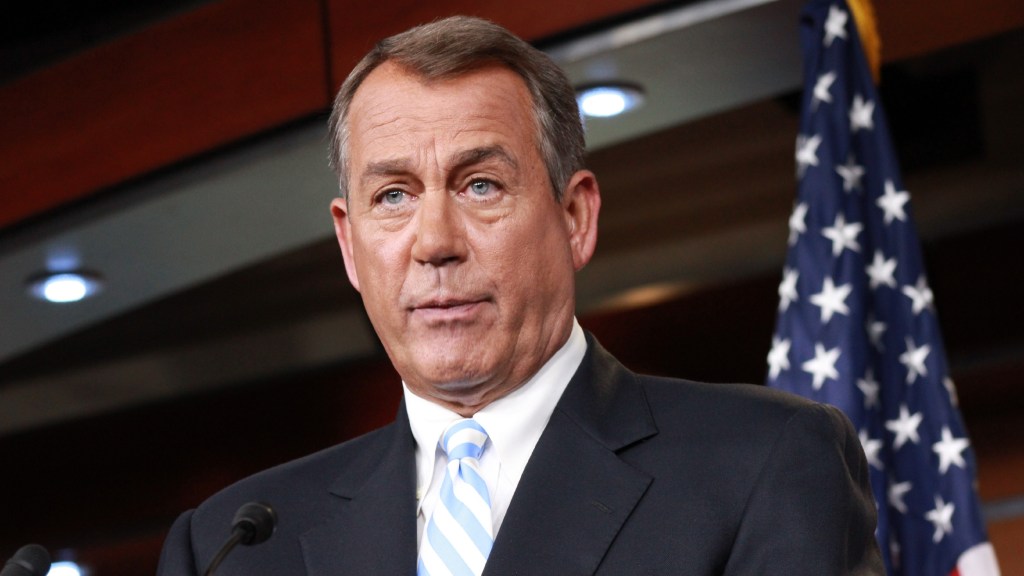 Republicans are claiming the new climate rules will wreck the economy. They’re wrong

Monday, the Environmental Protection Agency announced its much anticipated plans to regulate carbon dioxide emissions from existing power plants, the source of about a third of U.S. emissions. It turns out the regulations will be pretty ambitious: a 30 percent decrease in emissions in this sector from 2005 levels by the year 2030 (though some say that is still not enough).

Critics are out in force, of course, and their chief tactic seems to be economic alarmism. Earlier this morning, the front page of Drudge Report displayed this image (bizarrely, as the new rules have nothing to do with oil and wouldn’t drive up gas prices):

Indeed, the economic doomsaying arguments are everywhere in relation to the new EPA rules. Even before the rules were announced, the National Mining Association was running ads claiming that “an 80 percent cost hike [in electricity bills] is something we better get used to if extreme new Obama administration power plant regulations take effect.” Also prior to the rules’ actual release, the U.S. Chamber of Commerce put out a study asserting that the consequence of the regulations would be 224,000 lost jobs per year and a $50 billion annual economic hit (up through the year 2030).

And then, there were the elected Republicans: James Inhofe, the Oklahoma senator, claimed the regulations would “cost Americans a fortune.” John Boehner, meanwhile, called them a “sucker punch for families everywhere.” And don’t miss tweets like these from members of Congress:

The EPA, of course, radically disagrees with all of this, and thinks the economic benefits of the new rules should greatly exceed their costs. So who should you trust?

Well, how about history: There is a long tradition of cost overestimates for new environmental regulations. At the Huffington Post, Pacific Institute President Peter Gleick provides an extensive documentation, going back to the 1970s, arguing that such claims of huge costs not only have a long history, but that they are “always wrong.”

Among other things, Gleick links to a 2011 EPA study finding that the benefits of the 1990 Clean Air Act amendments (which, of course, were attacked on grounds of supposed cost) “exceeded costs by a factor of more than 30 to one.” That’s not the only such study. In fact, as the World Resources Institute’s Ruth Greenspan Bell has noted, from 1999 to 2009, EPA water and clean-air regulations overall were clear cost-benefit winners. The total costs, according to a 2010 Office of Management and Budget report, were some $26-$29 billion, while the benefits were far greater: $82-$533 billion.

Dubiousness aside, the striking thing about all of these attacks is that they’re depressingly presentist, missing the big picture about the transformative effect that climate change is having on our world as it unleashes stunning impacts whose ultimate costs are sure to be mindboggling (like, say, 10 feet of sea-level rise affecting every coastal city on the planet).

Fortunately, we turned to Bill Nye the Science Guy for some bigger picture perspective. He gave us this statement today: “We have a long way to go in addressing climate change,” he said. “Coal will be controversial for a long time yet. But the longest journey starts with a single step. This is a good one. Let’s get started.”