Senate approves Keystone -- and here's why that doesn't matter 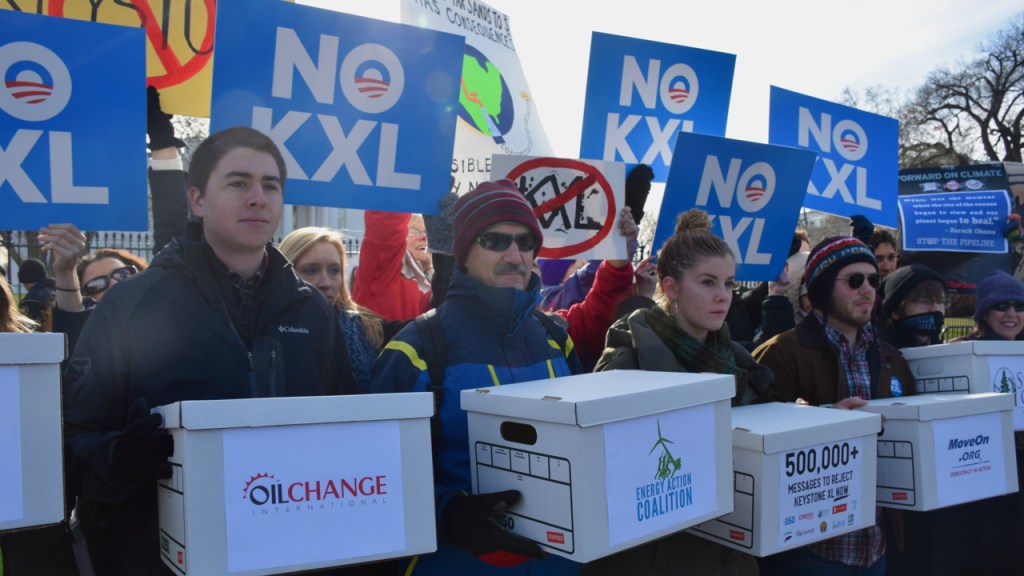 The Senate didn't listen to these people. Jamie Henn
Politics

Senate approves Keystone — and here’s why that doesn’t matter

The U.S. Senate just voted 62 to 36 to pass a bill that would force approval of the Keystone XL pipeline. All Republicans voted for it, and nine Democrats joined in, making for enough votes to overcome the potential threat of a filibuster.

And here’s a quote from one of the Senate’s biggest climate hawks, Sen. Barbara Boxer (D-Calif.), who of course opposed the bill: “This is the only time in the history of the Senate that we have given such a big hug and kiss to a company, any private company, American or foreign.”

But remember: This doesn’t mean Keystone is going to get built. Obama has made it clear that he will veto the bill, and there aren’t enough votes in the Senate to override him.

So here’s what happens now: The Senate version of the bill will get reconciled with the slightly different version that the House passed last month. Then it’ll go to Obama’s desk, and he’ll put a big ol’ “VETO” stamp on it, explaining that the decision is his to make, not Congress’. And then Republicans will stomp their feet and whine about how Obama is a dirty treehugger who wants to crush the U.S. economy.

Meanwhile, the Obama administration is continuing its very thorough, very lengthy review of Keystone. The State Department is spearheading that review, and it’s given eight other agencies until Feb. 2 to offer their feedback on the proposed project. Then State staffers will take all that and do a lot of cutting and pasting and merging of documents and hand a big, fat file to Secretary of State John Kerry. Then Kerry will ponder that file and make a recommendation to Obama. Then Obama will ponder that recommendation and make a final decision himself.

If Obama’s press conference in December was any indication, there’s a decent chance that his decision will be “no” and Keystone will finally be dead. At least until Republicans in Congress try to revive it again …

Congratulations, Senate. You've just wasted the entire month of January on a BILL THAT POTUS WILL VETO. pic.twitter.com/Z6uvNcevNX