The new federal budget is chock-full of goodies for pollutocrats 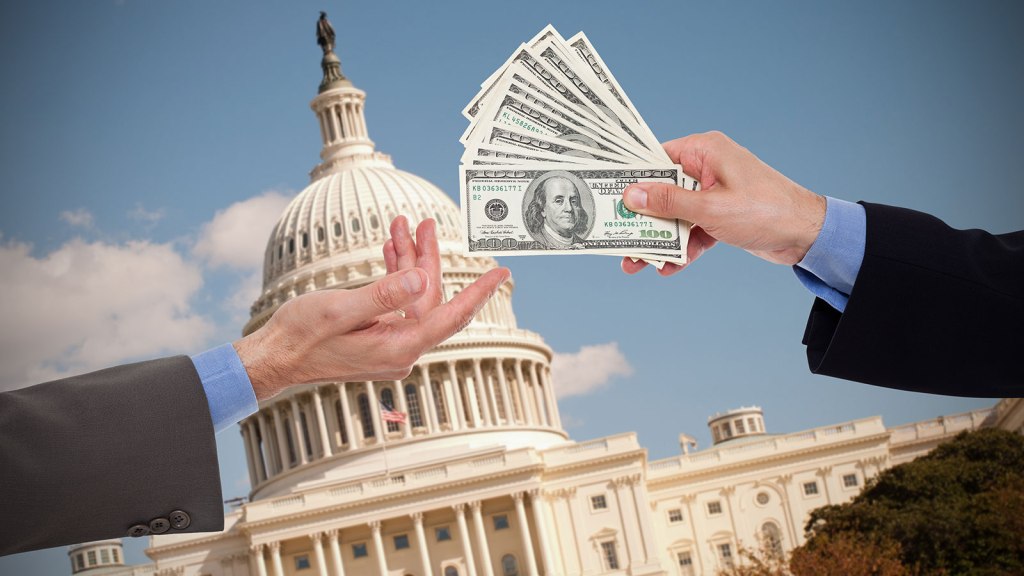 The new federal budget is chock-full of goodies for pollutocrats

House Republicans and Senate Democrats have managed to agree to a budget that will fund the federal government through next September, just in time to avoid a shutdown. But the bill undermines some environmental policies while giving big banks and big political donors more freedom to run roughshod over the American public.

The agreement was made possible because Republicans dropped their most unreasonable demands, such as preventing the EPA from finalizing its proposed power-plant regulations and blocking Obama’s new executive order on immigration. Leaving out such extreme and unrelated measures cost the budget bill a number of votes from right-wing Republicans.

But the GOP and its corporate backers still got a lot of goodies. One of the biggest: The legislation would undo a key element of the Dodd-Frank financial-reform law that requires big banks to move risky derivatives trades into separate entities not backed by the FDIC. That caused a liberal revolt, but not a big enough one to stymie the bill. It passed the House 219 to 206 with the support of most mainstream Republicans and many Democrats. The White House immediately announced that President Obama will sign the bill once the Senate passes it, which is expected to happen within a couple of days.

This sets a very bad precedent for next year, as it shows Republicans can undo regulations by attaching the measures to a must-pass spending bill, and the president won’t necessarily put up a fight. And this is a particularly sneaky way to do it. As former Rep. Barney Frank (D-Mass.), who wrote the financial-reform law that bears his name, complained in a statement, it’s “a non-germane amendment inserted with no hearings, no chance for further modification and no chance for debate into a mammoth bill in the last days of a lame-duck Congress.”

Can you imagine if Congress stripped the EPA of its authority to regulate greenhouse gases this way? Republicans can. They almost succeeded in including a provision to weaken the EPA’s authority to protect waterways this time. They are just waiting until they are in a more powerful position next year.

But, in the meantime, they did damage to the environment in other ways. As Politico observed, “The abundance of policy riders — backed by trucking, mining and securities interests — shows the GOP’s new clout.”

The single biggest manifestation of the influence of corporations and their executives on the spending package is that it dramatically increases the caps on allowable donations from individuals and political action committees to the two major political parties. In total, a couple could now give $3.1 million per election cycle, more than three times the current limit.

The weakening of campaign-finance rules is dangerous for the environment as well as American democracy. “Who are the people within our society that can give these large contributions?” asks Tyson Slocum, director of Public Citizen’s energy program. “What you’ve seen is, it’s CEOs of energy companies as well as CEOs of other companies that can give these contributions. You’re going to have the ability of the Kochs or [Robert] Murray from Murray Energy or others to unilaterally influence the financing of the convention and play a big role in it as a result.”

The bill also contains direct assaults on environmental regulation. ThinkProgress produced a rundown of the top six. Those fall into two general categories: corporate giveaways and ideological gestures. Here’s a concise summary of the former:

And the ideological moves:

Environmental organizations across the spectrum, from Friends of the Earth to the Environmental Defense Fund, slammed the legislation.

On transportation, the budget would keep the stagnant status quo in place, including the heavy pro-highway bias. Highway funding would stay at $41 billion, and transit funding at $8.6 billion. Amtrak operating subsidies would go down from $340 million to $250 million, though a House Republican effort to cut Amtrak’s capital budget did not succeed. Our larger transportation infrastructure deficit would remain unaddressed.

The Transportation Investment Generating Economic Recovery (TIGER) competitive grant program would be cut from $600 million to $500 million. Created in the 2009 stimulus package, TIGER lends itself to smart growth investment by, for example, favoring transportation projects linked to dense, affordable housing. Republicans don’t like it and tried to cut it more. In fact, the appropriation could be seen as a good thing, since it shows that Republicans may be grudgingly reconciling themselves to its permanent existence.

The most troubling aspect of the budget bill isn’t what it contains but what it doesn’t contain, which is any favors to Democrats from Republicans. Democrats control the White House and the Senate, and were needed to provide votes in the House because right-wing Republicans wouldn’t vote for a budget that didn’t attempt to wrest from Obama the authority to enforce immigration laws. And yet they gave Republicans major concessions, like undermining financial reform and campaign-finance reform, in exchange for nothing. All Democrats get is that the  government will keep operating at more or less current levels. This isn’t compromise, it’s extortion. And it’s a bad sign of what we can expect next year, when Democrats will be negotiating from an even weaker position.