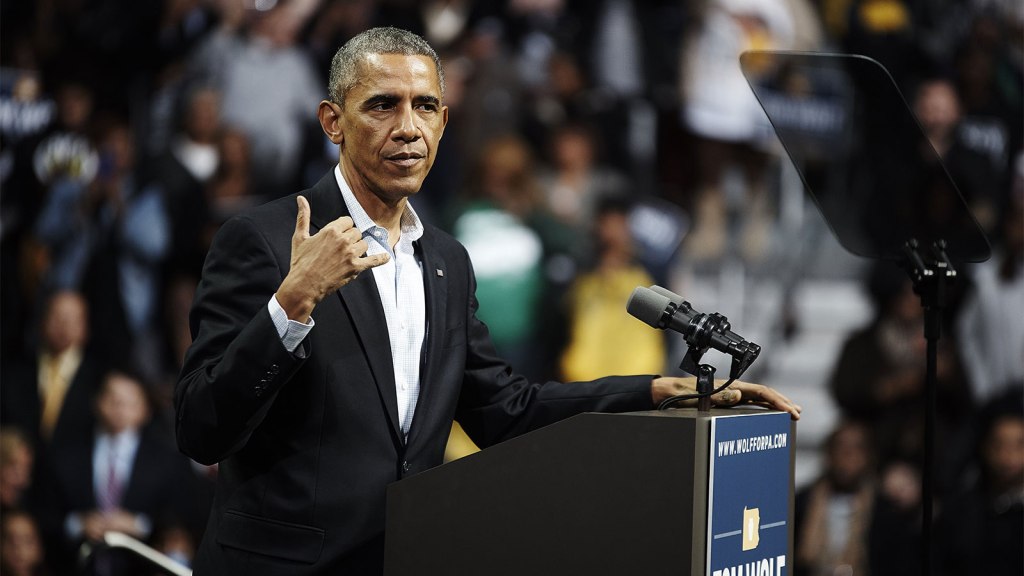 The White House announced today that President Obama is going to pledge $3 billion to the U.N.’s Green Climate Fund, throwing down another gauntlet at the GOP just three days after his joint announcement with Chinese President Xi Jinping that the U.S. and China will pursue new emissions reduction goals.

The Green Climate Fund is intended to provide assistance for developing nations in mitigating their carbon emissions and preparing for the effects of climate change like rising sea levels. It has thus far been severely underfunded. Some developed nations made pledges at the U.N. Climate Summit in September, and the U.S. clearly needed to step up.

President Obama’s pledge to the Green Climate Fund shows that he is taking the lead in creating a path to real progress in Paris. But, this commitment will do more than lay the groundwork for a strong international agreement. It will also help developing countries fund critical investments to reduce emissions and protect themselves from the devastating effects of climate disruption, helping stabilize their future while securing our own. The Sierra Club applauds the President for making this historic commitment.

Notice something strange? Like every other statement, they seem to oddly assume that the funding will actually materialize. It probably won’t. Congress appropriates money, and this Republican Congress will not appropriate money for anything “green” or “climate.” If there’s one thing Republicans hate more than sharing money with poor people, it’s sharing money with poor people in other countries to combat climate change.

As the National Journal reports, “In a statement, Sen. Jim Inhofe, the incoming chairman of the Environment and Public Works Committee, vowed to fight the pledge, which he said was part of a climate-change agenda that’s ‘siphoned precious taxpayer dollars away from the real problems facing the American people.’”

Inhofe doesn’t think climate change is a “real problem.” (He calls climate change a “hoax.”) A spokesperson for Republican Senate Leader Mitch McConnell said of the pledge, “Just because the President announces it doesn’t mean Congress will pass it.”

Environmental groups are nonetheless quite right to cheer this news. Why? Because Obama is throwing down a marker, just he did three days ago with the announcement with China. That too may fall prey to congressional Republicans defunding measures, or be reversed by a future Republican president.

But Obama is making a statement: Combatting climate change is the central priority of his second term. He will try to reduce U.S. emissions through executive authority under the Clean Air Act and pursue a strong international agreement in the next round of climate negotiations in Paris next year.

Republicans hate this, especially because it puts them at a disadvantage politically. When Obama moves ahead on climate change and sharpens the contrast with Republicans, it leaves the GOP isolated domestically and internationally.

A Republican president in 2017 or 2021 reverse Obama’s pledges, but it would undermine America’s international prestige. Rather than just keeping the U.S. out of the fray, the GOP will have to drag the country and its commitments backward, and that won’t look good.

The Republicans could still reverse our progress on climate, but thanks to Obama’s announcement today, that will come at a higher cost.