The plan to protect the Chesapeake is failing, and it's Pennsylvania's fault 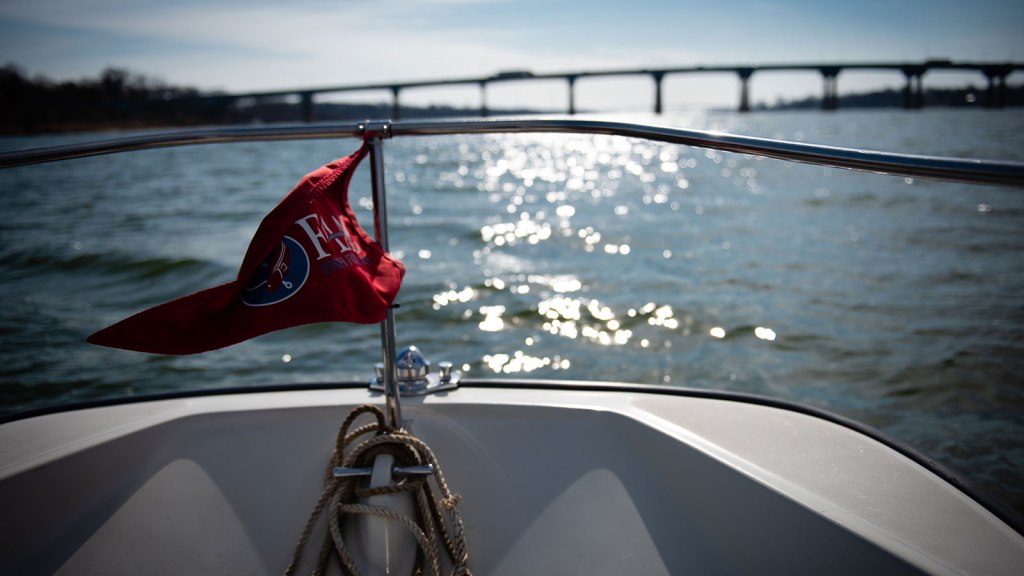 The plan to protect the Chesapeake is failing, and it’s Pennsylvania’s fault

In early January, members of the Chesapeake Bay Commission sat in a gray conference room in Annapolis, Maryland, for a routine meeting. The 21-member legislative body, with representatives from Pennsylvania, Virginia, and Maryland, convenes regularly to coordinate interstate efforts to restore and protect the Chesapeake Bay. But as the meeting drew to a close, EPA Chesapeake Bay Program director Dana Aunkst got up and delivered a demoralizing message to the group.

“The TMDL itself is not enforceable,” he said. He was referring to the Total Maximum Daily Load, a set of science-based limits for three pollutants — nitrogen, phosphorous, and sediment — flowing into the bay. The states in the Chesapeake Bay Watershed have agreed to achieve the TMDL by 2025, and the EPA committed to enforcing it under the terms of a 2010 settlement. But Aunkst went on to describe the TMDL as merely “an informational document” that was “aspirational.”

Aunkst’s comments were jarring to some in the room, but they weren’t entirely out of left field. Pennsylvania, by far the largest source of pollution entering the Chesapeake Bay Watershed, has failed to meet its pollution reduction benchmarks for years, with little response from the EPA. This single state’s negligence threatens the success of the entire regional program.

The Chesapeake is the largest estuary in the United States, a nationally significant economic resource, and a crucial habitat for thousands of species. But the influx of pollution from upstream sources has led to fishery declines, recurring “dead zones” where pollutants starve aquatic animals of oxygen, and regular algae blooms that suffocate underwater plant life. Even after nearly 10 years of strategic planning and implementation of these pollution reduction plans by neighboring states, its overall health is still poor.

And Pennsylvania seems increasingly to blame. In August of last year, the state’s Department of Environmental Protection released its third and final Watershed Implementation Plan, or WIP. The plan admitted that PA was only about 30 percent closer to achieving its target for nitrogen pollution than it had been in the 1980s. Not only was the Keystone State entering the final phase of the cleanup far behind where it should have been, but the state’s plan for phase three still had it falling 25 percent short of the 2025 target. That underwhelming plan also had a funding deficit of about $324 million per year. In December, the EPA signed off on the plan with no indication of imposing consequences.

According to Harry Campbell, the Pennsylvania executive director of the Chesapeake Bay Foundation, a nonprofit that works closely with watershed states on the cleanup effort, there are a few reasons the state is having such a hard time making progress.

Of all the sources of pollution going into the watershed, Pennsylvania has already tackled the lowest-hanging fruit — wastewater treatment plants. In fact, the state met its 2017 pollution reduction goals for wastewater treatment plants three years early. But the vast majority of PA’s contribution doesn’t come from these easy “point source” targets, it comes from “non-point sources,” like stormwater from the thousands of municipalities in the watershed, and runoff from 33,000 small farms.

About 80 percent of the nitrogen Pennsylvania needs to tackle comes from those farms. And convincing 33,000 farmers — who are already operating on razor-thin profit margins because of trade wars and a poor farm economy — to shoulder new conservation practices is a time- and labor-intensive process. “You have to work with individual farmers, meet them at their table, oftentimes provide the technical and financial assistance necessary to actually design and implement those practices,” said Campbell.

Part of the problem was also the planning process the Pennsylvania Department of Environmental Protection employed for its earlier WIPs, which was not very inclusive of the various communities and entities whose buy-in was necessary for success. But according to Campbell, a lack of funding and leadership from the legislature have also plagued the state’s performance. “If the legislature and the administration invested in implementation of those plans, we’d be in a far better place than we are right now,” Campbell said.

When it came time to draw up the WIP for phase three of the Chesapeake Bay cleanup, the state finally made an effort to start from a more grassroots level. It created workgroups for each sector that included farmers and county commissioners. But Campbell, who was on the Local Area Goals Workgroup, said that even though the process was improved, the funding gap hung over the proceedings. “We just see it every day — whether it be the local county conservation districts or the partners on the ground, like watershed groups and land trusts — this persistent and consistent scarcity-like mentality, that we just don’t have enough to get the job done,” he said. “And so everyone was able to sense it, feel it, or otherwise acknowledge it.”

The governor of Pennsylvania, Democrat Tom Wolf, has proposed a tax on natural gas extraction in the state to raise money for infrastructure projects for five years straight. His latest proposal, the Restore Pennsylvania Plan, would raise $4.5 billion and fund many of the water pollution reduction strategies written into the WIP. But the tax is unlikely to make it through the Republican-controlled legislature.

Over the years, the EPA has penalized Pennsylvania for its lack of progress in small ways. It has objected to permits for wastewater treatment plant expansions, temporarily withheld funding, and most recently, redirected funding in order for it be used more efficiently. But those consequences have not been enough to get the attention of elected officials who continue to devalue the program, putting the entire cleanup effort at risk, said Campbell.

One of Pennsylvania’s neighbors has had enough. Following Aunkst’s comments at the meeting, the Republican governor of Maryland, Larry Hogan, who’s administration has spent a record $5 billion on Chesapeake Bay cleanup efforts, directed his attorney general to sue both Pennsylvania and the EPA. But it’s unclear whether EPA can be held liable for not enforcing the TMDL in Pennsylvania.

In response to the lawsuit, Governor Wolf’s office suggested that Hogan’s time would be better spent using his sway as a Republican to help Wolf secure more funding for the program. “Instead of protracted litigation that will take resources away from our efforts to improve water quality in the watershed and undermine the partnership that has helped make progress, Governor Hogan and the foundation’s time would be better spent convincing Republicans that control the legislature in Pennsylvania to support Governor Wolf’s plan,” said J.J. Abbott, a spokesperson for Wolf.