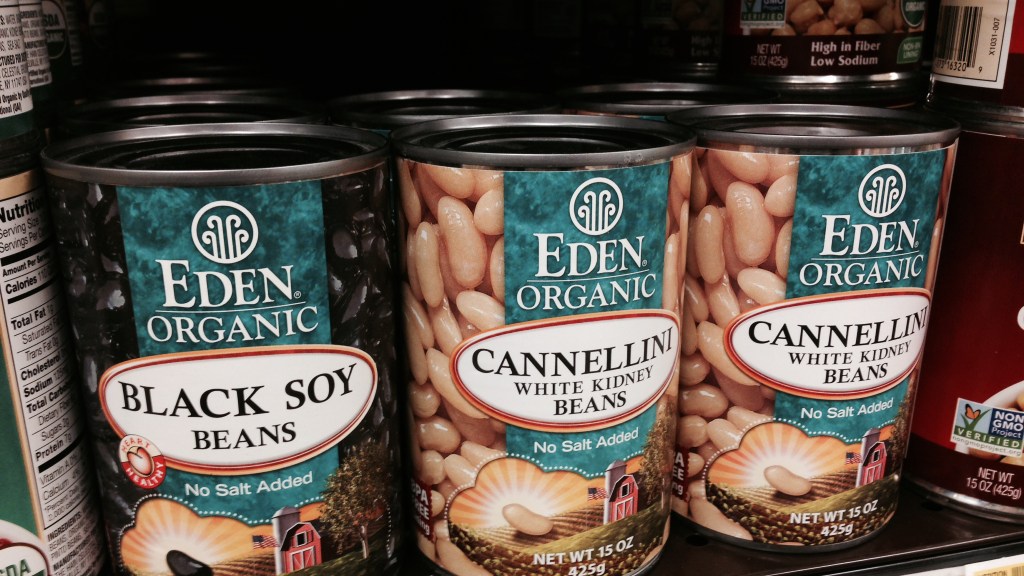 Like Hobby Lobby, Eden Foods sued the Obama administration to try to get out of providing contraceptive coverage for its employees. Eden Foods is a Michigan-based business that bills itself as “the oldest natural and organic food company in North America.” It is solely owned by Michael Potter, a Catholic who refers to birth control pills as “lifestyle drugs” and likes to whine about “unconstitutional government overreach.” (More crazy quotes from him below.)

But then, on June 30, the Supreme Court ruled in the Hobby Lobby case that family-owned, “closely held” companies can use religion as an excuse to flout the birth control mandate. Eden Foods is one of a few dozen “closely held” for-profit companies that have filed suit over the Affordable Care Act’s contraceptive mandate. On July 1, the Supreme Court ordered the 6th Circuit Court to reconsider its decision against Eden Foods and another plaintiff with a similar case.

On its website, Eden Foods talks up its commitment to organic and local farming, social responsibility, and even the LEED green-building standards. “One of our founding principles is sustainability,” says the company’s marketing director, Sue Becker. “It guides us today.” But it’s a sad, desiccated version of sustainability that would deny women the ability to decide how many children to have, or whether to have children at all.

In April of last year, Potter made a bizarrely inept attempt to explain the reasoning behind his company’s suit to Salon reporter Irin Carmon. From her article:

“I’ve got more interest in good quality long underwear than I have in birth control pills,” [Potter said.] …

I … asked why he said he didn’t care about birth control, since he filed a suit about it and all.

“Because I’m a man, number one and it’s really none of my business what women do,” Potter said. So, then, why bother suing? “Because I don’t care if the federal government is telling me to buy my employees Jack Daniel’s or birth control. What gives them the right to tell me that I have to do that? That’s my issue, that’s what I object to, and that’s the beginning and end of the story.” He added, “I’m not trying to get birth control out of Rite Aid or Wal-Mart, but don’t tell me I gotta pay for it.”

But the federal government tells him to do a lot of things, I said. Why sue over this if he had no particular issue with contraception, as the suit … clearly alleges he does out of religious conviction? Well, he said, he opposes “using abortion as birth control, definitely.” But the mandate doesn’t cover abortion, I reminded him, only contraception, and emergency contraception is not abortion.

“It’s a morass,” Potter said. “I’m not an expert in anything. I’m not the pope. I’m in the food business. I’m qualified to have opinions about that and not issues that are purely women’s issues. I am qualified to have an opinion about what health insurance I pay for.”

That didn’t go over so well with Eden Foods’ liberal customers, many of whom took to the company’s Facebook page to complain and call for a boycott. That prompted Potter to release a non-apology apology: “We apologize for the unintended consternation given rise to by this action.” But it didn’t prompt him to retract the suit.

Now, in the wake of the Hobby Lobby ruling, there’s a new round of complaints and boycott threats on the company’s Facebook page and in the Twittersphere.

But Potter isn’t bothering to faux-apologize this time. He told The Daily Telegram of Adrian, Mich., that he’s “grateful” for the Supreme Court’s Hobby Lobby ruling. And, just in case there’s any confusion about where he stands, he called President Obama a “dictator” who’s trying to take away citizens’ rights.