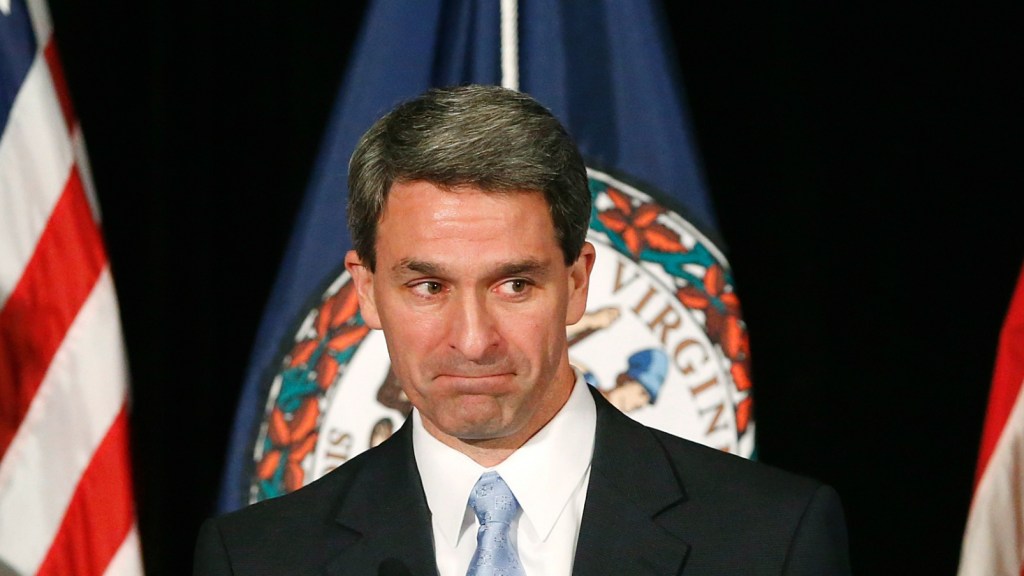 Republicans in Virginia celebrated International Women’s Day on Tuesday by nominating Ken Cuccinelli to the state Supreme Court. A former state attorney general and gubernatorial candidate, Cuccinelli has tried to defund Planned Parenthood and ban RU-486 and abortion, even in cases of rape, incest, or serious threats to the life of the mother. Not just a misogynist, Cuccinelli is also known for his deep disgust of gay people, whom he thinks lack souls. And he has supported a ban on oral sex — even for straight people! You’d think a man with the word “cooch” in his name would be a little more fun.

Cuccinelli is also, of course, a rabid climate denier. As Virginia’s attorney general, he famously wasted taxpayer dollars in a long-running attempt to discredit respected climate scientist Michael Mann, a campaign that The Washington Post called a “witch hunt.” Mann, as you would expect, is aghast at the prospect of Cuccinelli on the court:

Cuccinelli also repeatedly challenged federal environmental rules during his tenure as AG, even while accepting large contributions from the Koch brothers and their ilk.

Cuccinelli lost the 2013 race for governor to Democrat Terry McAuliffe, and has been out of office most of the time since. Now McAuliffe and the Republican-controlled state legislature are in a standoff over who should fill a vacancy on the state Supreme Court, and Senate Republicans today nominated Cuccinelli for the seat. Cuccinelli is “somebody, I think, who’s not been politicized,” state Sen. Glen Sturtevant (R) actually said.

It’s not yet clear whether Senate Republicans will succeed in getting Cuccinelli on to the bench. (We’ll spare you the convoluted details of the whole tussle.) Democrats are already mounting a campaign against the nomination, reviving the hashtag #KeepKenOut, which was used to oppose Cuccinelli during his run for governor. It worked last time. Maybe — hopefully — it will this go-round too.