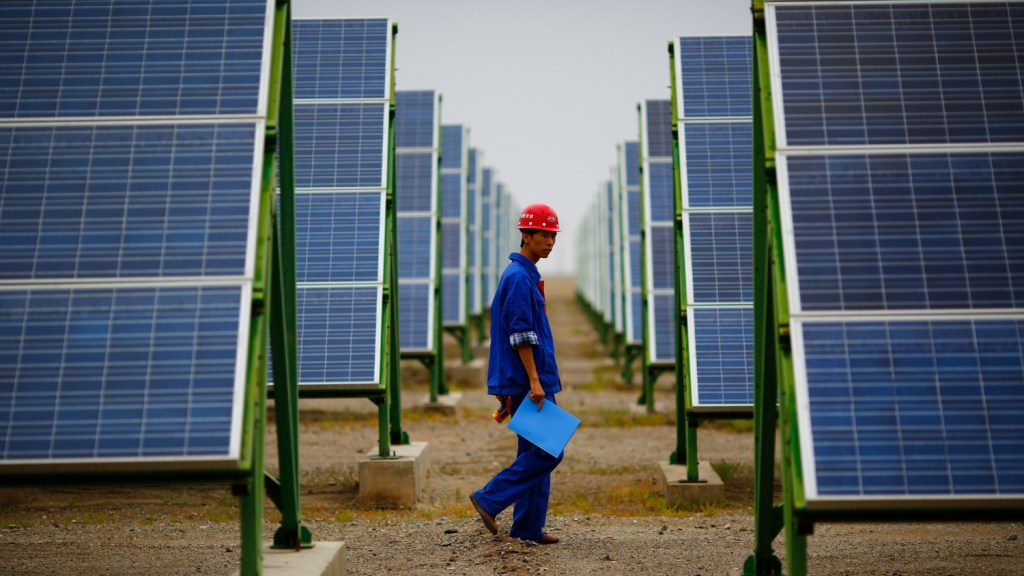 In the run-up to the latest round of U.N. climate negotiations in Paris this December, policymakers have been placing a lot of emphasis on the top-down diplomacy approach to the global climate dilemma. But a new paper by Jonas Meckling and colleagues from UC Berkeley argues that what climate policy is really missing is more pro-climate coalitions. To build them, we have to start with industrial policy on the domestic level, not with the United Nations.

It’s all about what the authors refer to as green industrial policy. By incentivizing green growth on the industrial front (as opposed to, say, the regulatory front or the diplomacy front), policymakers can build coalitions with well-organized actors like low-carbon industries and investors, who stand to benefit from these policies. These coalitions can, in turn, help build momentum for broader, more efficient climate action. And this kind of national or subnational approach can be more viable than international efforts, if only because it more easily lends itself to cooperation. As the authors write in Science:

How do we create and maintain political and entrepreneurial will for the fundamental transformations in our economy, infrastructure, and institutions needed to decarbonize our energy systems?

It’s a relatively straightforward insight, but Meckling and colleagues back it up with some fairly compelling evidence. The two most common varieties of green industrial policies are renewable portfolio standards — in which nations, states, or utilities are required to generate a certain percentage of electricity using renewable sources — and feed-in tariffs — in which homeowners and some companies can sell renewable energy they produce (through solar panels or other means) to the grid. The Science paper reports that of the 54 entities that had managed to adopt a carbon pricing scheme before 2013, nearly two-thirds had set up one of those industrial policy instruments first.

The authors argue that renewable portfolio standards and feed-in tariffs help create the necessary political lubricant for implementing a carbon price. (Compare these cases to the United States’ failed attempt at passing a cap-and-trade scheme without first enacting substantial federal renewable energy policies.) What’s particularly interesting about the argument is that while it does acknowledge that a carbon tax is probably the most efficient mechanism for reducing greenhouse gas emissions, it points out that we can’t implement one just because we want to:

Progress is slow because carbon regulation imposes costs on the powerful few — well-organized energy and energy-intensive manufacturing firms — and provides dispersed benefits to the weak many — the broader public. The few regulatory losers have greater incentives and capacity to organize politically and prevent policy implementation. So policies focused on imposing a cost on carbon often fail. Even when carbon pricing schemes are created, they accommodate the demands of polluters, which renders them only marginally effective.

Of course, there’s a lot going on here, and it’s not at all a given that green industrial policies necessarily lead to carbon pricing. It’s also not immediately obvious that this particular brand of policy sequencing is appropriate for all political systems. But there is indeed a huge amount of path dependence in climate policy: The status quo is a particularly strong marker of what is politically viable at any given moment. Which is why incremental, coalition-building steps can be so important. (Before implementing a cap-and-trade scheme, for example, California provided early support for renewables and passed a renewable portfolio standard.) And the same status quo bias applies to green industrial policies once they’re implemented. It’s pretty difficult to repeal a renewable energy portfolio requirement once there’s an entire industry benefiting from it.

Does this mean the Paris negotiations don’t matter at all? No. (They do!) At the end of the day, top-down and bottom-up approaches are both going to be necessary to fight climate change. Domestically speaking, though, Meckling and colleagues offer valuable insight. By getting a handful of green industry players on board, policymakers can build the support that’s necessary for imposing stronger regulations on existing polluters. Or, as the authors write, “Carrots buy sticks.”