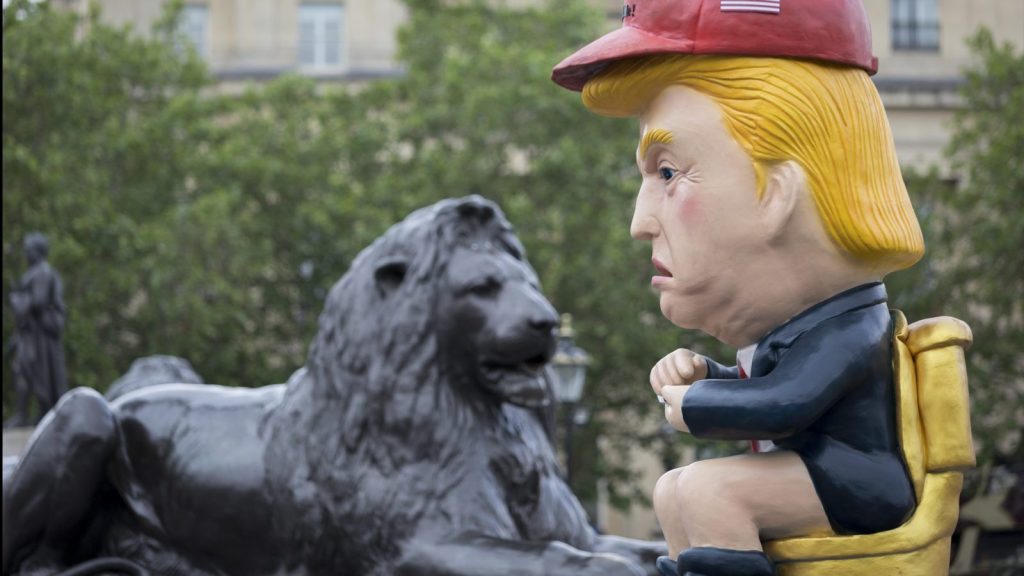 President Trump is no stranger to ranting, whether it’s on Twitter, in the White House, at a rally, or on the phone with Fox & Friends. He’s ranted about “fake news,” Hillary Clinton, and the alleged need for a border wall. But his latest tirade made it clear the president has his head in the gutter. And that’s not just a figure of speech.

At the White House on Friday during a meeting about small businesses, the president of the United States took a break from denouncing the impeachment inquiry to order a federal review of water efficiency standards. In his view, current conservation standards are taking a toll on the public. “People,” he said, “are flushing toilets 10 times, 15 times, as opposed to once.”

He didn’t stop there. New homes, Trump said, have become so environmentally friendly that “you can’t wash your hands, practically.” As a result, he said, he’s “looking very strongly at sinks and showers.” He said he directed the EPA to “open up the standard,” though it’s unclear which specific water efficiency standard he was talking about.

What’s really concerning about this whole thing, to me, is the fact that Trump thinks Americans are flushing their toilets with such frequency. Is the president suffering from a gastrointestinal condition that forces him to flush upwards of 10 times per bowel movement? And is he then not properly washing his hands afterward? If so, anyone who has experienced his ferocious handshake has reason to be extremely perturbed.

In order to figure out whether the president is out of line, I decided to conduct a brief poll of the Grist newsroom. The reactions were … mixed.

As you can see, Grist employees don’t seem to be experiencing the types of problems Trump warned about. Perhaps you and yours have? I encourage you to conduct your own survey. Godspeed.