What climate hawks can learn from Martin O'Malley's quixotic campaign 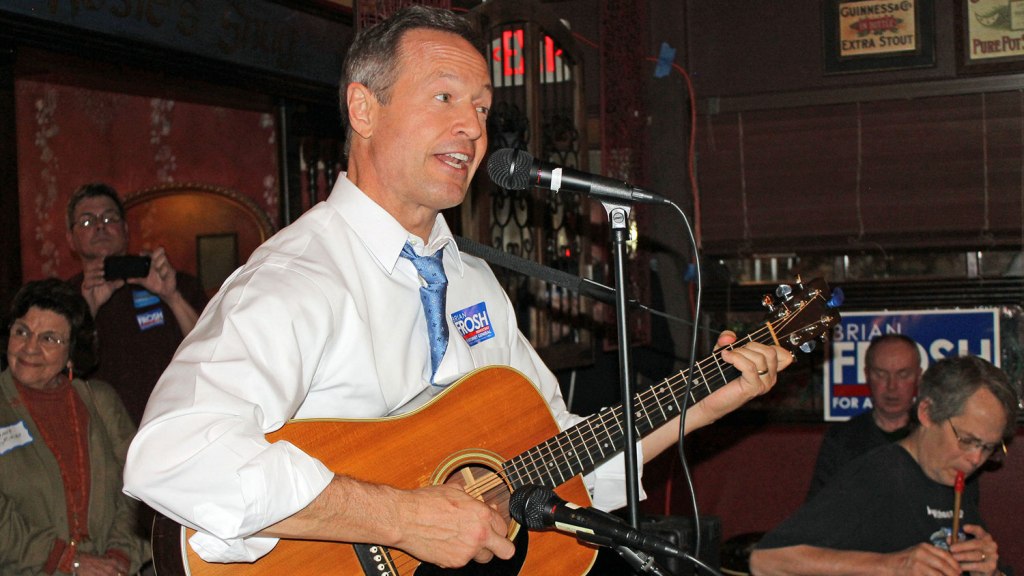 As soon as the results of the Iowa caucuses started trickling in on Monday night, former Maryland Gov. Martin O’Malley suspended his campaign for the Democratic presidential nomination. O’Malley’s failure was foreordained: There was no reason a charisma-challenged, unknown, moderate, white male Democrat would pose a serious threat to Hillary Clinton.

But O’Malley deserves credit for recognizing where Clinton might be vulnerable, and for drawing attention to important issues — most especially climate change. O’Malley understood that the way to challenge Clinton was from the left. Unfortunately for O’Malley, his past positioning was not to the left of Clinton’s. O’Malley had a strong record on climate change as governor, and he decided to build on that by coming out of the gate early with an ambitious and comprehensive climate action agenda. He went on a multi-day climate and energy-focused tour in Iowa. He tried, mightily, to get the media and voters interested in his efforts to out-climate hawk Clinton.

The good news is that O’Malley saw an opportunity here. The bad news is that it didn’t work. He never gained any significant traction in the polls.

That doesn’t entirely disprove O’Malley’s belief that climate change would resonate with Democratic voters. O’Malley never really got to test his theory because Bernie Sanders, with one of the most impressive histories of climate leadership in the Senate, was also running. It’s virtually impossible to get to Sanders’s left on anything. With his stronger progressive credentials, rumpled authenticity, and blunt rallying cries, Sanders ended up taking the spot O’Malley had hoped to fill.

So the failure of O’Malley’s climate-focused campaign is better understood as a lesson in how to approach the issue than proof that almost no one really cares about it. O’Malley is a technocrat, and he talked about climate in a technocratic way, telling me, for example, “This is the time of appreciating the system-ness of things.” Sanders speaks the language of secular, liberal morality. He puts his climate agenda into the same framework he uses for nearly everything else — pitting the people against powerful corporations and their greedy executives. That seems to draw a more enthusiastic response.

All that being said, Sanders led off his campaign with his focus on enhancing economic equality and reducing corporate power in politics. He gathered steam from that before he ever released a climate plan. In fact, he waited so long to get detailed on climate policy that I began to wonder why he was neglecting it.

It may have been merely an accidental oversight. Political reporters say that the Sanders campaign, especially at the beginning, was just overwhelmed, unprepared for their spunky little upstart effort to start filtering more media requests, speaking invitations, and online donations than they ever expected. But Sanders clearly did decide that economics would be the primary focus of his campaign. A glance at what Americans rank as their top concern in polls will show any politician that’s a more popular choice than climate change. In the future, climate hawks should work to keep these two concerns linked.