What happens when redistricting fails to recognize blacks' green interests? 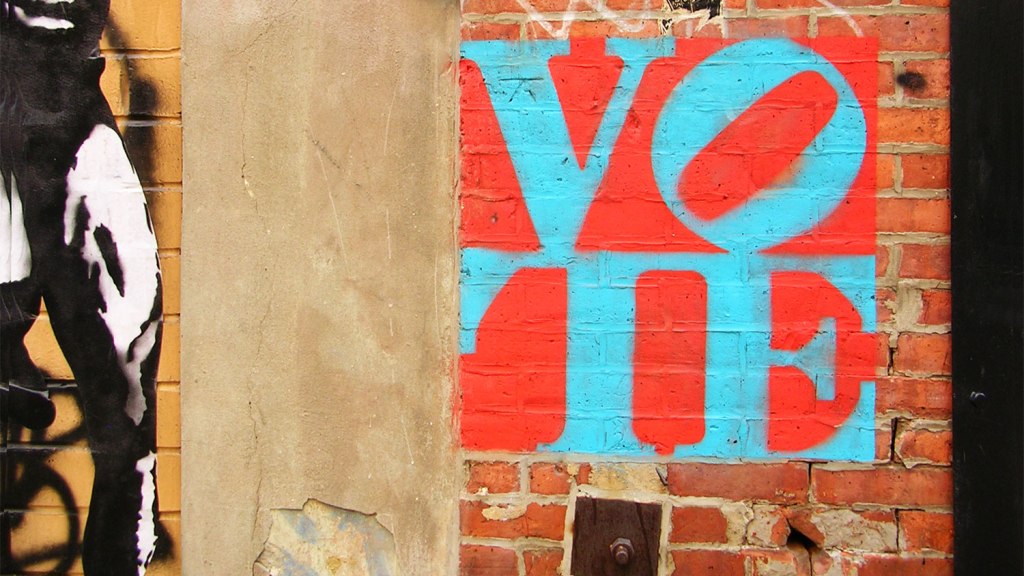 What happens when redistricting fails to recognize blacks’ green interests?

Grist’s David Roberts has written quite a bit about America’s intensifying political polarization and how it remains a firewall for Congress’s chances of passing climate legislation. Roberts illuminated the myth behind one of Obama’s most popular proclamations, writing, “There’s red America, a sparsely populated but vast landscape of rural and suburban areas, and there’s blue America, the ‘urban archipelago‘ upon which the left’s constituencies — single women, minorities, cosmopolitans — cluster.”

Obama has since come around to this reality. More importantly, though, the two dominant political parties understand this reality, especially now. In fact, they both indulge a process that basically crystallizes this polarization, and even promotes it. It’s called redistricting. Both parties have been guilty of it, though lately it’s been one certain party more than the other.

This is the process where every 10 years, electoral district lines are redrawn to account for population changes, usually based on new Census figures. Whatever party controls the majority of districts is in charge of the redistricting process (though some places create “independent” commissions) and, unsurprisingly, its members usually draw new lines with the intention of either preserving their majority or increasing it — and this is legal.

What is not legal is drawing lines so that you rope as many voters of color into as few districts as possible. That’s called racial gerrymandering, and it’s a violation of the Voting Rights Act, not to mention the U.S. Constitution. This is at the heart of two critical court decisions made this week. One of the cases, Alabama Legislative Black Caucus v. Alabama, was decided March 25 by the U.S. Supreme Court. The other, Anne Pope et al. v. County of Albany and Albany County Board of Elections, was decided March 24 in a U.S. District Court. Both rulings revealed how government officials have treated their black and Latino constituents as if their lives don’t matter.

This matters to you if you’re a person of color because how the lines are drawn can determine whether you’ll have adequate representation in the legislative branches. If you are white, it matters to you because those same lines could also separate you from people of color with whom you have common political needs and interests.

Two quick examples: Texas, where the Latino population grew, but mostly white, Republican state legislators conspired to ensure that few, if any, new districts would be created to account for that growth. The other example is North Carolina, where certain areas had developed multi-racial voting blocs around common, progressive causes. The white Republican controlling party drew lines that split black voters out of those multi-racial blocs and dumped them into districts already overfull with minorities.

This explains why, in 2012, while most votes went to Democratic candidates, the party’s share of legislative seats decreased, both in several state legislatures and Congress: They didn’t control the redistricting processes of 2010, and they suffered as a result. In North Carolina, before the 2012 elections, the 13 House congressional districts were split 7 to 6 in favor of Democrats. After the elections, that turned into a lopsided 9 to 4 split, advantage Republicans, despite more residents voting for Democrats statewide than for Republicans, because of how the Republicans drew the maps.

In the Alabama and Albany cases, we find redistricting commissions and consultants who decided to pack black and Latino voters into a few districts, leaving white districts with outsized majorities in their respective legislatures. In both places, the minority populations had grown, while the white populations declined. Still, those in charge of redistricting Albany’s county districts and Alabama’s state districts opted to pack that minority growth into districts that were already filled with minorities.

Both cases deserve close examination, but I’m going to focus on Albany, where civil rights activists had proposed a novel environmental justice approach to redistricting. That plan, submitted by the Arbor Hill Environmental Justice Corp (AHEJ) in 2011, drew lines based on common environmental interests, and also added a new district based on minority growth. It was rejected, though, in favor of a plan that simply packed the new minorities — whose population grew by 36.2 percent between 2000 and 2010 — into districts already dominated by minorities. Meanwhile, a new predominantly white district was created by pulling in voters from a suburb.

Here’s U.S. District Judge Lawrence A. Kahn in his ruling:

After an exhaustive inquiry into the facts and circumstances of this case, the Court finds that … the totality of the circumstances — in particular the persistent presence of racial bloc voting, the continued low levels of minority-preferred candidate success, the lingering effects of past discrimination that continue to inhibit minority participation in the electoral process, and the questionable manner in which the County conducted its redistricting process — demonstrate that [the county’s redistricting] dilutes the voting strength of black voters in the County.

The AHEJ and NAACP attempted to get the county ahead on this with the maps they submitted in 2011. “We tried to balance this by defining communities above and beyond blackness or ethnicity, but also around environmental concerns, quality of life aspects, land-use aspects, and shared environmental hazards,” said Aaron Mair, executive director of the AHEJ and an NAACP member.

One of those hazards is New York’s aggressive ramp-up of rail-transported Bakken crude oil, which Mair says will run right through communities of color in Albany’s southeast corner. Mair said decisions about the Bakken oil ramp-up were being made while the redistricting process was playing out, and that, had voters of color had an extra county seat, they would’ve had more voice in the matter. The same true for a waste-to-energy incinerator project that’s been proposed in the area.

Mair testified in the Albany trial (he was involved in the other two that the county lost, also) why environmental justice matters when drawing district lines:

On behalf of neighborhoods and residents in North Albany, Arbor Hill, West Hill, and the South End of Albany, AHEJ has litigated local Albany County government subdivisions over zoning, eminent domain proceedings and enforcement [of] federal regulations regarding protecting poor residents from the hazards of lead poisoning.

“[Redistricting] is not only about counting black bodies,” said Mair, in our interview. “It’s about our relationships to clean water, clean air, and access to greenspace.”

Albany County officials thought they were complying with the Voting Rights Act because they were able to spread minority population growth proportionally across the existing four majority-minority districts, believing all they had to do was keep minority populations in these districts above 50.1 percent. But the VRA states that the percentage of minority residents per district alone is not a sound metric for determining whether people of color have adequate political representation. Doing so treats people as numbers instead of as human beings who actually have lives in these districts.

Loyola Law voting expert Justin Levitt wrote in January that this misreading of the VRA, whether it is intentionally used to cloak racial gerrymandering or otherwise, is common. Alabama hid behind the same misreading in its case. However, the U.S. Supreme Court found in its ruling a number of legislative districts where minorities were packed needlessly and unlawfully.

Former Alabama Congressman and current Montgomery, Ala. mayoral candidate Artur Davis calls this “the politics of apartheid.” Davis, who spent years as a Democrat before switching to the Republican party in 2012, defines apartheid as “creating limited islands of black districts … where blacks matter not at all and their views can be ignored.”

It’s exactly what we saw in Albany, where officials hung most of their arguments on the percentages of voters of color they could squeeze into a few districts without looking at things like whether the lines broke up neighborhood associations, or considering the socioeconomic status of certain communities. In Alabama, SCOTUS didn’t rule that the state was guilty of gerrymandering. Instead, they kicked it back to a lower court, but with instructions to take another look at the districts, even pointing out a few that showed the marks of racial packing.

Said Davis of this, “At a minimum, this [SCOTUS] ruling may spur new districts that would require winning legislators to make a case to people who are not in their party and who are not part of their base. That will be healthy for Alabama.”

Which brings us back to the point David Roberts has been making about polarization. As long as gerrymandering creates those “safe seats” where candidates don’t have to respond to competing needs and interests, Red America will remain segregated from Blue America, which means no Green America.

Sometimes it is necessary to create “majority-minority districts” to ensure that voters of color have proper legislative representation, and the VRA allows for that — but it doesn’t make it the rule for every case. This is complicated, given that race tracks closely with party. But if lines are drawn solely with the thinking that blacks only vote Democrat so they need to be blockaded away from safe, white Republican districts, then democracy has been done a disservice.

“It’s more than just our individual rights as black people, but rather recognizing that our rights are tied to the land, the air we breath, and water we use,” said Mair. “When we talk about the ability to vote in a candidate of our choice, it is not just to get a black mayor, but to get the best choice for mayor who cares about clean air, clean water, and our best interests around land use.”