When Rush Holt retires, the House will lose a scientist and an environmental advocate 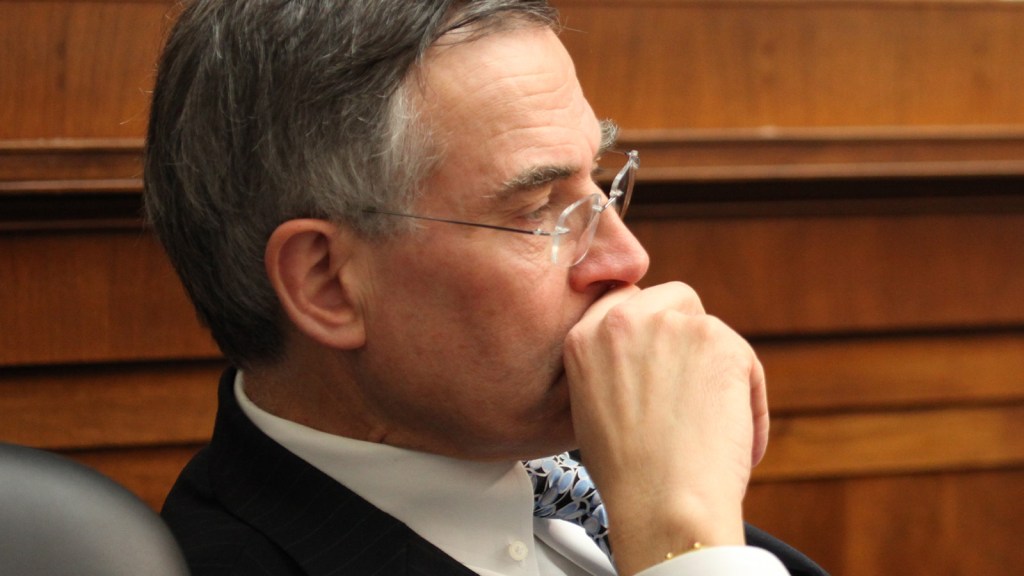 When Rush Holt retires, the House will lose a scientist and an environmental advocate

With the midterms coming and Republican control of the House of Representatives entrenched via gerrymandering, leading Democratic congressmen are heading for the exits. A few weeks ago, green beacon Henry Waxman (Calif.) announced his retirement. In another loss for environmentalists, Rush Holt (N.J.) said on Tuesday that he also will not seek reelection.

Holt was always an odd fit in Congress. Elected in 1998, in what had previously been a Republican-leaning district, Holt’s professorial mien stood out among the back-slappers, demagogues, and machine hacks. Owlish and bespectacled, Holt holds a PhD in physics. Before entering politics, he taught at Swarthmore and worked in a lab at Princeton. In 2011, he beat the supercomputer Watson on Jeopardy.

Holt had progressive politics in his blood, though: His father, a senator from West Virginia, was a New Deal Democrat, and his mother was West Virginia’s first female secretary of state. After one unsuccessful run in the 1996 Democratic primary in New Jersey’s 12th congressional district, Holt won the primary two years later, then knocked off a Republican incumbent.

“He’s sort of a combination between a politician and Bill Nye the Science Guy,” says Jeff Tittel, director of the New Jersey Sierra Club.

During his 16 years in Congress, Holt has amassed a reputation for a rigorously empirical approach to policy making. His commitment to methodical problem solving inspired him to write bills to provide a paper trail for electronic voting, for example. And his dedication to sound science informed his approach to climate change and energy and environmental issues. His Green Schools Initiative, passed in 2009, provided schools with federal funding to make energy-efficient upgrades. He currently serves as vice chair of the House Sustainable Energy & Environment Coalition.

He has consistently pushed for more money for scientific research, and better science education, securing $22 billion for research in the stimulus bill, and grants of $16,000 for students who prepare to teach math, science or foreign languages. …

Among his other accomplishments, Mr. Holt said he was proudest of getting “tens of millions” of dollars for suicide prevention among members of the military, and for securing state matching programs for land and water conservation.

Holt consistently opposed offshore oil drilling along the New Jersey coastline, and sponsored the bill that created the Lower Delaware Wild and Scenic River system along New Jersey’s western border. And he wasn’t afraid to push conservation efforts far from his home state, like the Red Rock Wilderness Act to protect iconic landscapes in Utah, and other bills to create wilderness areas and hiking trails.

With Democrats in the minority in the House, his ability to legislate was stifled. And with the proudly ignorant Tea Party ascendant, Holt seemed especially out of place in Congress. As the Times observes, “Particularly as Tea Party Republicans challenged the science of climate change in recent years, Mr. Holt argued vociferously for the importance of what he called ‘evidence based’ debates.”

The frustration took its toll. “How long can someone be the sane man in an insane asylum?” wonders Tittel.

If there is a silver lining to Holt’s retirement, it’s that the GOP’s anti-science bent means Democrats are likely to hold Holt’s seat. The affluent New York City suburbs in his district, once friendly territory for Republicans, now lean Democratic. It turns out that educated professionals are turned off by a party that thinks outlawing all abortion is OK because you can’t get pregnant from rape, or that the research of all climate scientists is a conspiracy.

But Holt was more than your average pro-environment New Jersey Democrat. “Rush Holt was a different kind of person, very hard to replace,” says Tittel. “I don’t lobby him; we discuss strategy, because he’s always on the right side. In a Congress of people who are driven by special-interest fundraising and blow dryers, he’s a wonky intelligent person who really cares about people in his district and the environment. He’s what we were told a congressman should be.”