Who cares if your state is being fracked to hell? Let's talk DRESS SHOPPING! 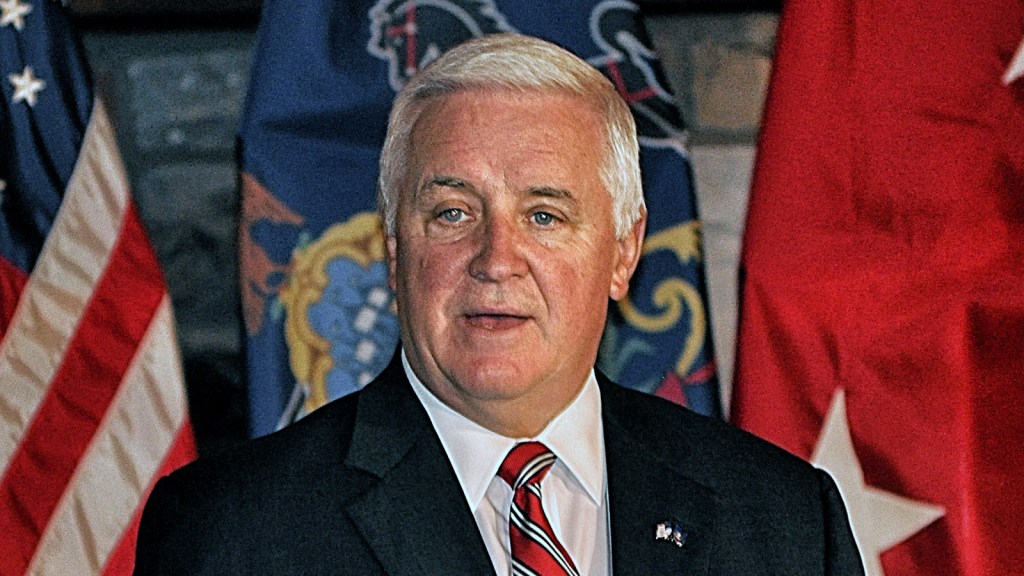 Who cares if your state is being fracked to hell? Let’s talk DRESS SHOPPING!

Pennsylvania Gov. Tom Corbett (R) is currently fighting for his life for two things: To maintain his spot in Harrisburg — and his position as captain of the natural gas cheerleading squad once and for all. Get it, Tommy!

In the second half of 2010, immediately before Corbett took office, the amount of natural gas fracked in Pennsylvania was 271 billion cubic feet. That rate of production has grown almost tenfold, to nearly 2 trillion cubic feet from January to July of 2014 alone, which has certainly been helped along by Corbett’s eager courting of gas companies.

Corbett’s push to ramp up natural gas production and processing in the state comes even as recent reports of insufficient regulation, water contamination, and health risks pile up. Whereas Corbett has offered up tax credits galore to gas companies, his gubernatorial opponent, Tom Wolf, supports a severance tax for extraction — Pennsylvania is the largest producer of natural gas without one. Corbett has also permitted leasing public lands, including state parks, for drilling sites, which Wolf opposes.

This year’s governor’s race could have a big impact on fracking in Pennsylvania. And even though the state’s citizens tend to support natural gas, Corbett’s not polling too well — which is why it’s baffling that he’s one of a handful of GOP candidates that is using one of the more tone-deaf, insulting political ad campaigns to come across my Twitter feed in some time. Considering I spend approximately four (4) hours on the devil’s playground every day, that is really saying something!

Let me sum it up for you: The premise of the ad is that us womenfolk just cannot wrap our pretty little heads around how to evaluate political candidates unless said evaluation is placed in the context of shopping. Not just any shopping, mind you — the SINGLE MOST IMPORTANT purchase that any woman will take in her life. No, not your Tuesday night pilgrimage to the “Under $15” wine aisle. We’re talking about the sacred, monumentally overpriced, and TLC-commemorated ritual that is choosing a wedding dress!

The worst part: This ad isn’t even original. It’s an Insert-Name-Here version of a GOP-made template, which for some bizarre reason passed enough desks to make it into no fewer than six different state governor campaigns.

Tommy, a pro tip from a Pennsylvania lady: If you’re trying to sway us, you might want to consider things like, I don’t know, greater transparency when it comes to the health effects of the industry that you’re drooling over.