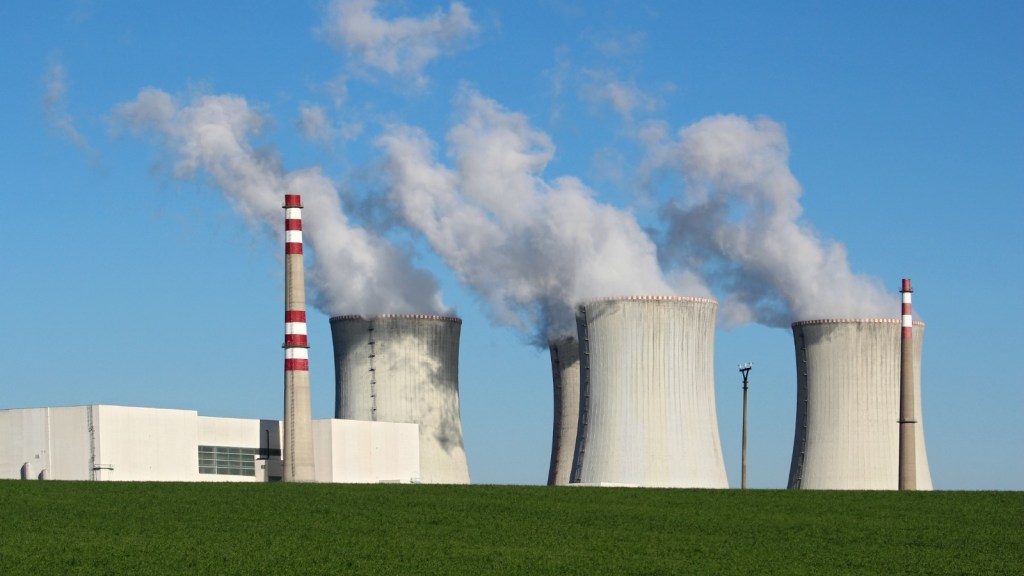 Pundits looking to burnish their independent credentials are fond of claiming that liberals have their own biases as impervious to evidence as climate-science denial. The examples they cite are always bogus, though.

The latest such argument comes from Eduardo Porter, economics columnist at The New York Times. Porter asserted on Tuesday that liberals are standing in the way of combatting climate change. Not only that, he declared that they are doing it because they don’t accept science.

“Even as progressive environmentalists wring their hands at the G.O.P.’s climate change denial, there are biases on the left that stray just as far from the scientific consensus,” Porter wrote. ”For starters, they stand against the only technology with an established track record of generating electricity at scale while emitting virtually no greenhouse gases: nuclear power.”

Porter tried to justify his contention with the following: “Only 35 percent of Democrats, compared with 60 percent of Republicans, favor building more nuclear power plants, according to a poll by the Pew Research Center. It is the G.O.P. that is closer to the scientific consensus. According to a separate Pew poll of members of the American Association for the Advancement of Science, 65 percent of scientists want more nuclear power too.”

Set aside the fact that 65 percent is not a consensus, and you still have the problem that Porter misuses the word scientific. The policy preferences of scientists are not scientific, even if 100 percent share them. As with all voters, scientists form their political judgements based on a complex web of priorities, values, and knowledge or ignorance of empirical facts. Whether we should use more nuclear power is a political, not a scientific, question. The same Pew poll Porter cites found that most scientists oppose offshore oil drilling, but that is no more a “scientific consensus” than the views of AAAS members on the minimum wage or Social Security.

The scientific consensus on climate change is clear. Of the 24,000 peer-reviewed scientific articles on climate change published in 2013 and 2014, fully 99.99 percent found that the Earth is warming and greenhouse gas emissions are largely responsible. That, unlike a 65 percent majority, is an actual consensus. Even if all scientists wanted more nuclear power plants, it wouldn’t be a scientific consensus, just the policy preference measured by an opinion poll of people who happen to be scientists.

Every candidate for the Republican presidential nomination denies the scientific findings on climate change, as do all but a handful of Republicans in Congress. According to a Pew poll from last year, “71% of Democrats and independents who lean to the Democratic Party say the Earth is warming due to human activity, compared with 27% among their Republican counterparts.” This is what rejection of a scientific consensus looks like.

The question of whether we build more nuclear reactors has environmental, public health and safety, economic, and even moral dimensions. Voters must balance the low greenhouse gas emissions of nuclear against the environmental damage of uranium mining, the threat of nuclear meltdown or terrorist attack on a reactor, and the problem of storing spent fuel rods. In light of all that, most liberals, like 35 percent of scientists, lean against building new nukes.

This is partly because many liberals view the nuclear energy industry as dependent on corporate welfare. Our energy utilities are corporations, not government entities. They generally haven’t been building nuclear power plants for the last few decades because they’re extremely expensive, almost five times as costly upfront as a gas-fired power plant, and frequently suffer from cost overruns. And they already get plenty of help from the government. Nuclear plants depend on federal loan guarantees to support their construction, and enjoy subsidies that help cover the costs of mining uranium, providing plant security, free access to cooling water, and waste disposal. They also, given the history of reactor meltdowns, would be too expensive to insure without the Price-Anderson Act, which limits liability for a nuclear accident. (The cost of nuclear energy, like its other downsides, is not mentioned in Porter’s column.)

The real question, then, is whether we should heap more subsidies on the nuclear industry to lower the cost. Most liberals think that any subsidies would be better spent on safer and cheaper renewable energy. Porter can disagree, but his view does not entitle him to smear liberals as anti-science.

Oddly enough, Porter neglected to mention the public policy that truly does impede nuclear power: subsidies for fossil fuels. By not taxing carbon emissions, we allow gas and coal-fired power plants to stick us all with the bill for climate change. It’s a subsidy that makes fossil fuels artificially cheap. A stiff carbon tax would make nuclear power more competitive with fossil fuels.

The only presidential candidate who backs a carbon tax is the same one who Porter lambasted for opposing new nuclear power: Bernie Sanders. “Ted Cruz’s argument that climate change is a hoax to justify a government takeover of the world is absurd,” Porter wrote. “But Bernie Sanders’s argument that ‘toxic waste byproducts of nuclear plants are not worth the risks of the technology’s benefit’ might also be damaging.”

Many mainstream environmental experts think that Sanders’s proposal to deny all relicensing applications for nuclear reactors is too broad and may increase carbon emissions in the short-term. But that doesn’t make it the same type of problem as Cruz and Donald Trump’s denial that climate change even exists. Conservatives deny reality — making debate over policy solutions impossible — while Sanders reaches a counterproductive conclusion on one specific issue.

Whatever the merits of Porter’s affection for nuclear power, it’s simply wrong to accuse anyone who doesn’t share his view of denying an objective scientific consensus. Dishonest hippie punching may entice readers to click but it leaves them less informed.