Will the coal industry root for Trump or Cruz? 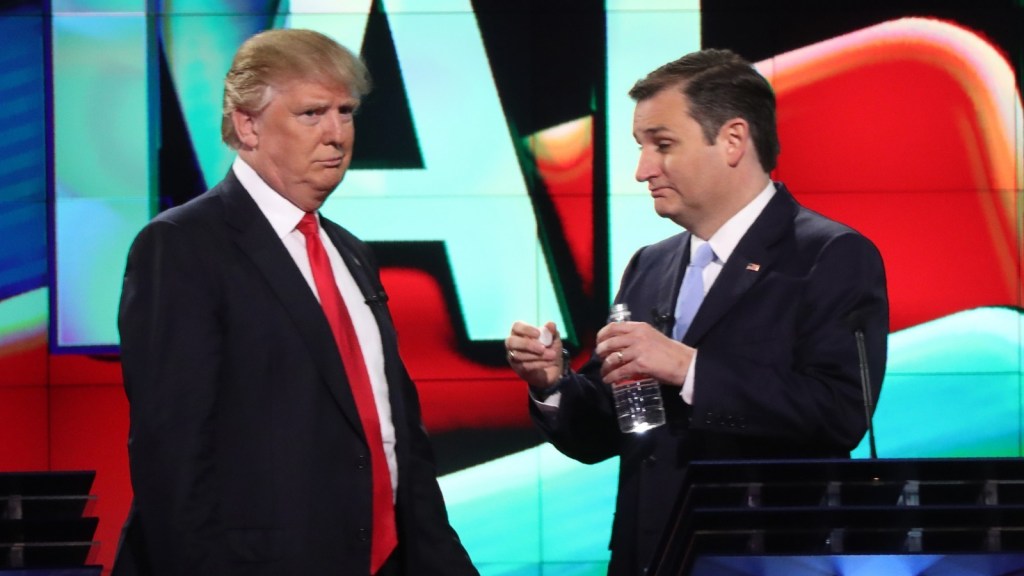 Will the coal industry root for Trump or Cruz?

Ted Cruz is known for his support for and from the oil and gas industry. This election season, the candidate has accepted nearly $1 million in contributions from the sector, and he’s personally invested in oil giants like ExxonMobil and Chevron. Fossil-friendly Ted has failed, however, to attract any serious support from King Coal — that is, until a Wednesday fundraiser hosted by the CEO of Murray Energy, the largest privately owned coal company in the country.

But Robert Murray’s fundraiser wasn’t an endorsement of Cruz per se. He framed it as an attempt to keep Cruz competitive with Donald Trump.

So how do coal barons feel about the presidential candidates? They certainly don’t like Hillary Clinton and Bernie Sanders. In early December, Murray called John Kasich the best-qualified candidate based on past performance. Last week, however, Murray called Cruz “the strongest on coal so far,” citing Cruz’s December congressional hearing on climate change, which featured prominent climate deniers. Last year, Cruz also introduced a Senate bill that would “repeal the authority of the President to restrict exports of coal” as well as oil and natural gas.

As for Trump, coal execs’ feelings are mixed. The Republican businessman recently promised at a Kentucky rally that coal will “make a very big comeback.” In Ohio, Trump called EPA regulations on the coal industry “a complete disaster.” “We have to protect your coal industry,” he said. Politico reports that the coal industry “is making tiny, hopeful noises about a potential Donald Trump administration.” Mike Duncan, head of the American Coalition for Clean Coal Electricity, seems willing to give Trump a chance. Bill Bissett, president of the Kentucky Coal Association, is waiting to see who Trump names as an energy adviser before making an endorsement.

Murray is still skeptical of the GOP frontrunner. He told Politico, “Donald Trump has made some comments that he supports energy and coal, but they haven’t been strong enough to catch anybody’s attention in the coal industry that I can see.”

Ultimately, though, Murray says he will support whoever wins the Republican nomination, as he did in 2012. That year, he forced workers at one of his Ohio coal mines to attend a rally for Mitt Romney, and they lost a day’s wages because of it. He was also accused of coercing employees into donating money to Romney.

Keep an eye on Murray’s next move, as he’s one of the coal industry’s most outspoken defenders. Other coal industry bigwigs may follow his lead.