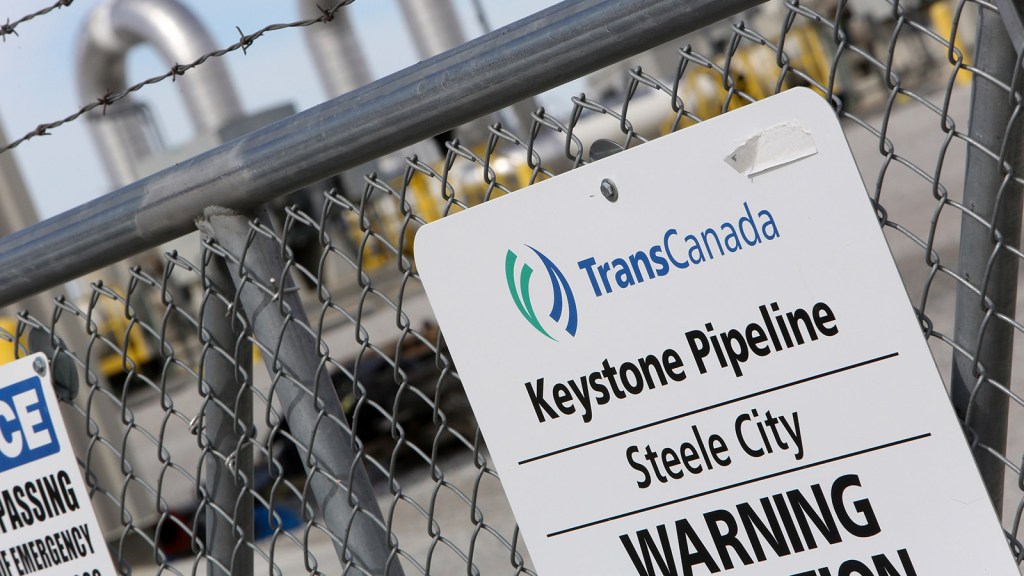 TransCanada’s response to a Keystone pipeline leak in South Dakota this week offers us a glimpse into what might have been the future of Keystone XL, had it been approved by President Obama: Plenty of headaches for not much value.

The spill, which TransCanada originally estimated at 187 gallons, was revealed on April 7 to be substantially larger: 16,800 gallons.

Following the discovery of leak on April 2, TransCanada shut down the original Keystone pipeline from Canada to Oklahoma. You might expect that the closure of this pipeline — which supplies the U.S. with about a quarter of the oil that enters the Midwest from Canada — would have a sizable impact on the oil market this week.

Not so. A Bloomberg article reports that the oversupplied oil market essentially shrugged. With U.S. crude stockpiles near record levels, and oil prices near record lows, the impact of the Keystone shutdown was negligible. Which raises the question: Why did so many think we needed the KXL pipeline (which would have essentially duplicated the route of the existing Keystone pipeline), anyway?

Because they told us that, repeatedly. “This pipeline was intended to be a critical infrastructure project for the energy security of the United States and for strengthening the American economy,” the official website for Keystone XL explains. The XL pipeline was meant to ship even more crude oil — a projected 830,000 barrels per day — into the U.S.

This spill is instructive for more reasons than economic ones. We’re watching, in real time, what could have happened with Keystone XL. Spills are inevitable (estimates for KXL ranged from two spills per year to two spills per decade). TransCanada’s detection system might fail to discover the spill — in the case of the April 2 leak, a local landowner alerted the company of the leak. And the same day the spill was detected, TransCanada requested a no-fly zone over the site, ostensibly to clear the skies for surveillance by its cleanup crew. This move also restricted public and media access to the area. TransCanada’s request was humored for a short-lived period, and then denied after the Federal Aviation Administration deemed it unnecessary.