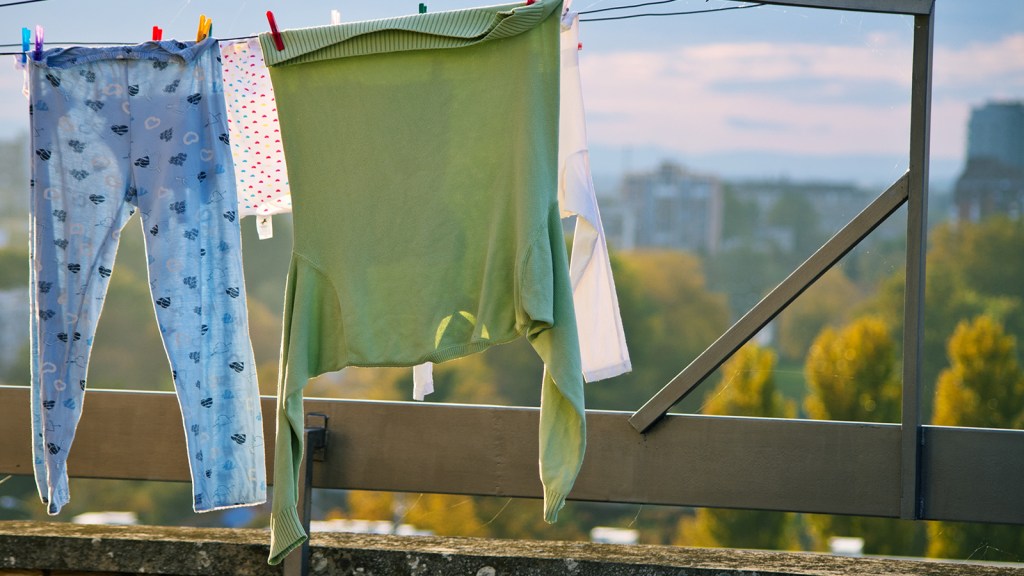 Earlier this year, I wrote about a story in San Francisco in which a landlord was trying to evict several tenants over what is a pretty common sight in the city’s Chinatown: laundry, air-drying outside of apartment windows. The attempt was unsuccessful — but it got people wondering. How was it possible that anyone could forbid something as energy-efficient as letting the sun — a huge ball of incandescent gas that just hangs out in the sky, free of charge — dry people’s laundry?

That wondering can now stop, because Jerry Brown, governor of California, just a few days after signing a landmark bill to tackle climate change, signed another bill, AB 1448, which aims to make California a more welcoming place to those people who want to let their underpants fly high outside their apartment window.

AB 1448 was sponsored by Assemblywoman Patty Lopez (D-San Fernando), who used a previous ordinance allowing apartment-dwellers to engage in “personal agriculture” (that is: growing food in the space they rent) as a precedent for arguing that, well, laundry is not a crime. “Growing up, my family and many of my neighbors used clotheslines as the way to dry their clothes and other laundry,” López wrote in a press release about the legislation. “Californians can now do their part for the environment while saving money on their electric bill.”

This isn’t the first time that California has tried to legalize line-drying. When AB 1448 passed, California was already one of 19 “Right to Dry” states across the country, which meant that local governments couldn’t pass bans on line-drying. In reality, though, the old “Right to Dry” was pretty bourgeois: It didn’t extend to apartments, condominiums, trailer parks, or anywhere with a homeowners’ association agreement.

This meant that people who owned their own property could air-dry without fear, while a lot of the lower and middle-income people who would be most motivated to line-dry found themselves blocked by landlords or homeowners’ associations who saw clotheslines as a sign of disorder and poverty.

AB 1448 isn’t quite carte blanche to cover the urban landscape with laundry. The legislation emphasizes, repeatedly, that line-drying is not about creative use of existing building infrastructure.

(1) “Clothesline” includes a cord, rope, or wire from which laundered items may be hung to dry or air. A balcony, railing, awning, or other part of a structure or building shall not qualify as a clothesline.

(2) “Drying rack” means an apparatus from which laundered items may be hung to dry or air. A balcony, railing, awning, or other part of a structure or building shall not qualify as a drying rack.

It also leaves a few loopholes for a determined landlord to stymie laundry efforts on the part of tenants. Tenants have to ask permission first to install a clothesline, and a landlord can veto one if it interferes “with maintenance of the rental property.”

Still, this is a step in the right direction. Congratulations, California. In your honor, I will fly a damp dishtowel outside my window (but not from a balcony, railing, awning, or other part of my structure or building).