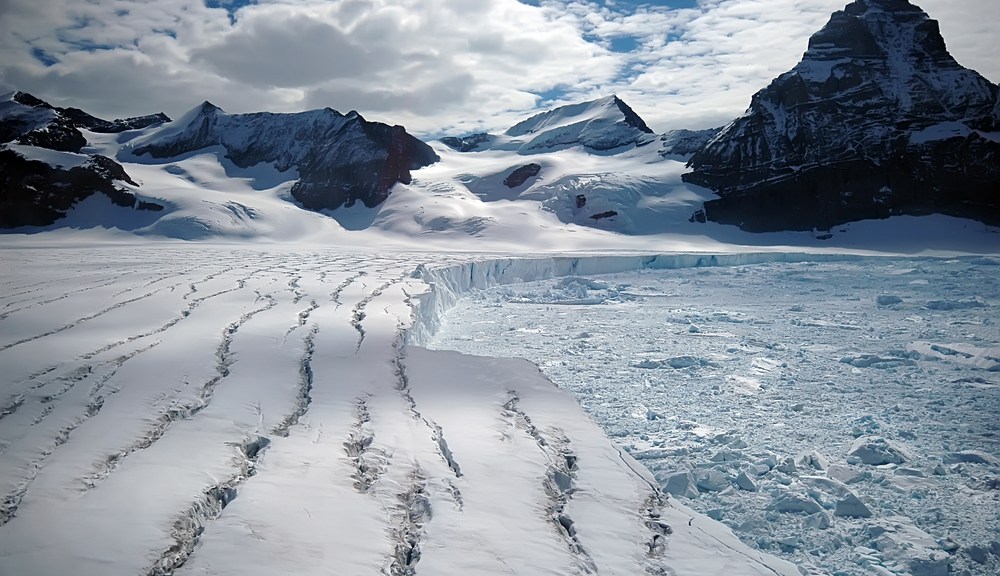 The crumbling of the Antarctic Ice Sheet is kind of like a game of Jenga. Except instead of pulling blocks one-by-one from a shaky tower while your asshole friends watch, this version involves Mother Nature removing pieces one-by-one from a mass of ice roughly seven times the size of Mexico while we all watch, utterly horrified that the next piece will lead to catastrophic collapse resulting in massive sea level rise (required for ages 0+; lifeboats not included).

But thanks to a new study published in the journal Nature Climate Change, we no longer have to just close our eyes and hope for the best. Researchers in France and Germany have mapped out the parts of Antarctica that could fall away without taking a bunch of other ice with it. So while we’re still largely helpless in the slow-moving disaster, we can now at least cross our fingers and pray that the next piece is part of this so-called “safety band.”

The study’s lead author, Johannes Fürst of the Institute of Geography at the University-Erlangen-Nuremberg, explained in a press release why it’s so important to understand these potential cascading effects, especially in Antarctica:

“In contrast to the situation in Greenland, the loss of inland ice in West Antarctica is not caused by melting. It is much too cold for that to happen,” Johannes Fürst explains. “The decrease is due to the glaciers there flowing into the sea at a faster rate than 20 years ago. This is what we call dynamic ice loss.”

But using a computer model to simulate ice flow, Fürst and his colleagues found that about 13.4 percent of the ice floating around Antarctica qualifies as “passive,” meaning that its collapse won’t actually lead to further ice loss. Non-passive ice, meanwhile, serves as a kind of buttress that, if removed, will lead to accelerated flow of ice from further inland. And it’s that release of inland ice that leads to sea level rise (floating ice shelves don’t lead to sea level rise when they collapse, since they were already in the water).

So for the next round of Nature’s Jenga (™ Human Stupidity), cross your fingers and hope that Mother Nature reaches for these passive pieces: the Mertz glacier (52.5 percent passive ice), the Drygalski glacier (49.5 percent), the Brunt/Stancomb-Wills ice shelf (35.5 percent), the Shackleton ice shelf (28.8 percent), and the Larsen C ice shelf (10.3 percent).

And throw yourself at the feet of Julia Roberts, begging that she doesn’t reach for anything along the Amundsen and Bellingshausen seas, where the average amount of passive ice hovers at around 7 and 5 percent, respectively.

In the mean time, don’t forget that Greenland’s collapsing, too: