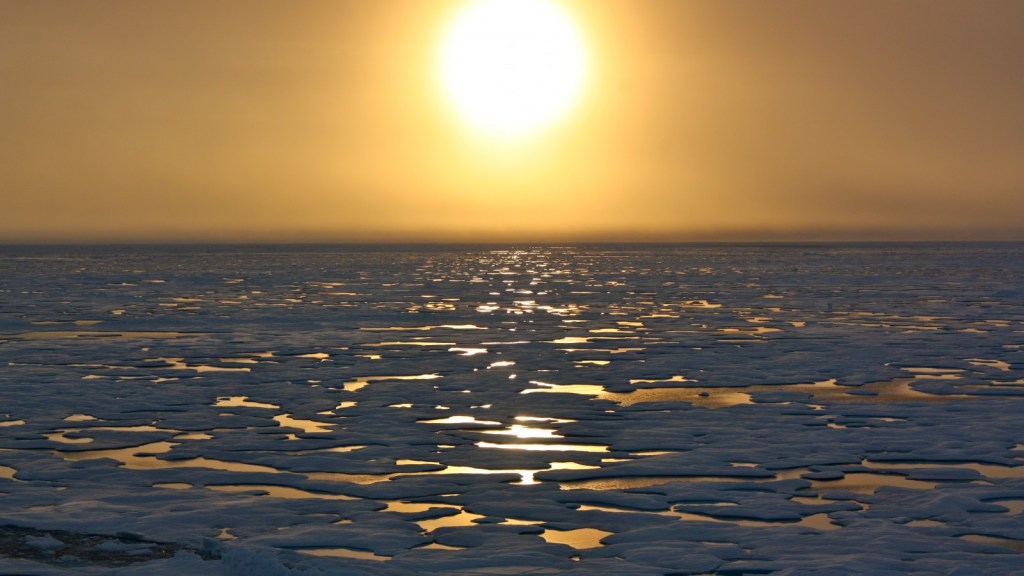 The National Snow and Ice Data Center (NSIDC) reports that a record amount of the Arctic sea never froze this winter. Ice extent, which usually hits a wintertime maximum around mid-March, was at a record-low for the second year in a row, 5,000 square miles below 2015’s record-low maximum extent. This year’s maximum extent is 431,000 square miles below averages from 1981 to 2010.

It’s a pattern that will likely continue, according to NASA Arctic sea scientist Walter Meier. “It is likely that we’re going to keep seeing smaller wintertime maximums in the future because in addition to a warmer atmosphere, the ocean has also warmed up,” Meier said. The amount of sea ice can vary a lot from year to year, but we’re seeing “significant downward trend” from warming conditions, Meier added.

This new record comes after another year of record high temperatures across the globe: 2015 broke the record for high temperatures set by 2014, and February of this year was the hottest month on record. And the Arctic is warming twice as fast as the rest of the planet. “I’ve never seen such a warm, crazy winter in the Arctic,” said NSIDC director Mark Serreze. “The heat was relentless.”

Arctic sea ice is vital to stabilizing Earth’s temperature, according to NASA; when it melts, the oceans absorb more sunlight and warm ever faster. Subsequently, this melts more sea ice, contributing to to global sea level rise. It’s a cycle. A very disturbing cycle. You can watch a visualization from NASA below.