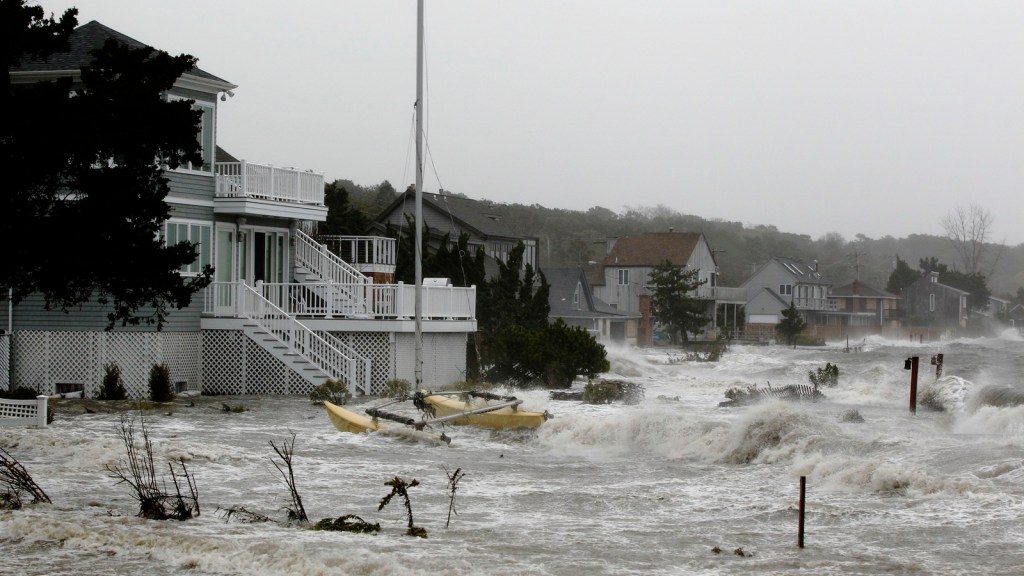 Those first two takeaways — that sea-level rise is happening now faster than it has in millennia, and that worst-case-scenario outcomes have us waist-deep in extra ocean by the end of the century — come from a study published Monday in the Proceedings of the National Academy of Sciences, which confirms and specifies a lot of previous estimates about sea-level rise.

And here we encounter the constant issue in talking about expanding oceans: 2,800 years is a really difficult span of time to fathom, and four feet of sea-level rise is hard to picture — like the shallow end of a pool? but bad enough we’ll probably have to abandon coastal cities in the 22nd century?

But you know what’s easy to picture? Dramatic floods, like those that took place in New York in 2012, in Houston last summer, and in New Jersey just last month. It’s especially easy when it’s already pictured for me in stranger-than-fiction news photos.

The fact that all this climate change is already swamping the coasts in serious, chronic flooding comes from a report from Climate Central, and it’s the most stunning takeaway for the fact that we can see it happening right in front of us. By the organization’s analysis, based on the PNAS paper, we can blame climate change for three-quarters of the floods that have occurred in the last decade.

Here’s an interactive map of some of their data — click around to your favorite coastal cities, and watch the bars jump up when the human-made floods are added to the tally: