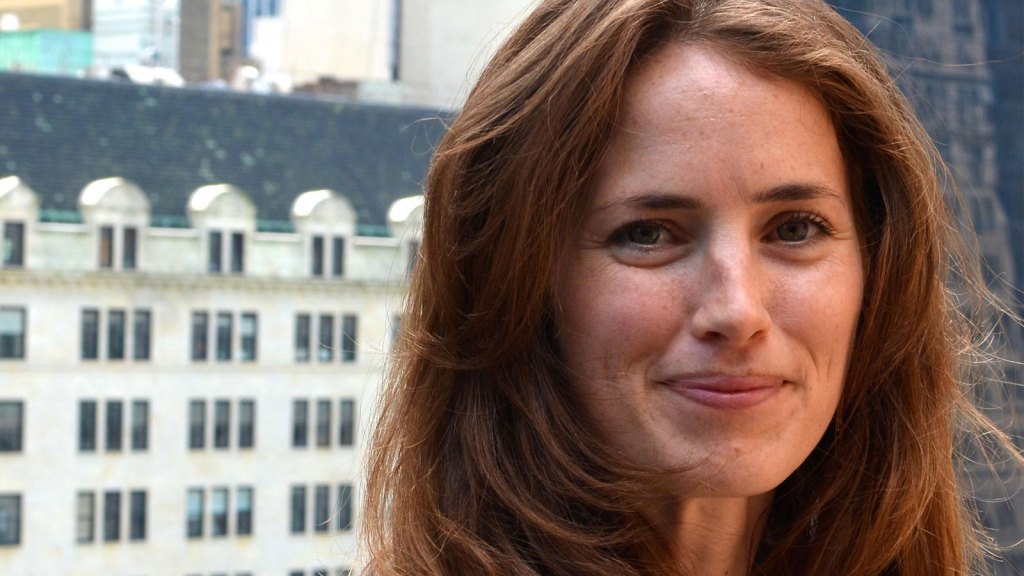 environment.as.nyu.edu
Shame In Our Game

Jennifer Jacquet thinks we all need more shame in our lives.

At least, that’s the premise of her pointedly titled book Is Shame Necessary?: New Uses for an Old Tool, in which she describes the troubling lack of chagrin demonstrated by the corporations and governments that have been busily trashing the environment for decades, nay, centuries. Meanwhile, the more sensitive among us (i.e. anyone who has ever Asked Umbra) are wracked with guilt about what untold horrors our lint rollers and beach reads and unweeded gardens might wreak on the climate.

To roughly paraphrase Jacquet: Chill, y’all! No one is going to make or break the planet on one anxiety-ridden trip to Whole Foods, so stop acting like it. Your time would be much better spent wagging a finger at the 90 companies responsible for the bulk of historical emissions.

We sat down with Jacquet to talk about the difference between guilt and shame, and why the latter will serve us much better than the former. Along the way, we stumbled across some other vocab terms, and she was happy to tell us all about them. No need to crack a dictionary this time, folks —  we’ve got your climate shame glossary right here.

This interview has been edited and condensed.

“The fundamental way in which guilt has risen in our society is through a very subtle but profound shift in focusing our attention from supply, and the way industries operate, to focusing on the demand side. That puts a lot of so-called decisions in the hands of consumers, individuals. So pesticide use or battery-raised hens or animal cruelty more broadly [or] unfair trade — this is now something that each and every one of us is asked to feel guilty about, because what we buy is contributing.”

“This is what happens when, if you somehow do something positive in one domain, it leads to negative behavior in another. If I buy an eco-certified product, maybe later I’ll justify taking a flight — something with much higher marginal impacts.”

“We don’t live in the information age, we live in an attention age — information is not scarce, attention is. And everybody in marketing knows this — but shame, like marketing, is only as good as the number of people involved, or the power of the eyeballs involved.”

“There’s a lot of strategy going on behind actually getting attention. Maybe in some cases — let’s say, the latest political scandal — you don’t have to try much at all. But as most of us know who do any environmental or labor or animal issues, people are quite tapped out. So shaming — or social change in general — has to reach out to the arts, and to the people who are really in the business of getting attention.”

“Since the Blackfish film was released, the stock value of SeaWorld has dropped 60 percent, which is enormous, even though attendance has only fallen 5 percent. Why is that? Maybe it’s the right film at the right time. But there might be more specific reasons — think about Food Inc., where the target is not exactly clear. There are a lot of issues with food! Whereas Blackfish had a very clear and easy — maybe to some degree, oversimplified — target. SeaWorld is not the only corporation doing this, but they’re very much the target of the shaming. Plus, there was a human element of ‘gosh, this is really putting humans at risks.'”

“This is a perfect storm.”

“When the strong try to shame the weak.” [Editor’s note: Not cool.]

The Sweet Spot of Shame

“Does the crowd find it acceptable? Is it actually the weak aiming against the strong? It’s not too weak, it’s not too strong, it doesn’t get [zero] attention, but it doesn’t get too much attention. In some ways, people are criticizing climate for trumping every other environmental issue.”

“For issues related to the environment, shame is more salient than it might be for others. For example, there’s an app that alerts your social network if you press the snooze button too many times in the morning. That’s not a great use of shaming, because the audience is not inherently concerned with your transgression. Whereas [with] environmental issues like water pollution — maybe even the disappearance of certain species — these are problems that by their very nature concern all of us. Because they’re cooperation dilemmas, because you’re doing something that affects my enjoyment or my future, that makes it inherently more of a social dilemma, and therefore lends itself to social tools.”

“Almost all environmental issues fall into that. With climate change, while we are all in it together, certain countries are going to pay disproportionate costs. And those countries, conveniently, are not the ones doing the pollution. I think the pervasive unfairness in the problem of climate change is really difficult — that’s why those countries have the option of using shame, and have done this really great street theatre. But I think there is way more room for shaming the U.S. and China from these countries than they’ve picked up on so far.”

Humor as a Tool

“Not just humor, per se; it’s like The Onion or The Daily Show — it’s humor with an added twist of irony. It’s not a knock-knock joke. It’s really asking us to engage more actively with something.”

[Ed. Note: Here, Jacquet drops a headline from The Onion] “‘Dolphins Evolve Opposable Thumbs, Humanity Says “Oh Shit.”‘ You get the joke, because you have to understand that dolphins are smarter than humans. That’s the whole undercurrent — it’s just resting on the surface quite nicely. That’s what Jon Stewart does.”

“If Jon Stewart is pure irony, Colbert is concealed irony — you have to be in on the joke. The question is how well they work; they definitely work to get attention. There are writers — like David Foster Wallace or Jonathan Franzen — who say that sincerity is needed. Some people criticize the climate movement for being a little too earnest, but, on the other hand, attention is not the end goal. The end goal is large-scale changes in behavior. And it may or may not be that concealed irony leads to those outcomes. What’s for certain is that it’s attention grabbing. Past that, there may have to be some other, more sincere strategy involved.”

“When you carry out a shaming campaign, you put yourself at risk of being dragged through the mud as well. Anything else, anything you can find, any dirt on someone you can say, ‘Well, you did this.’ Then it’s a struggle for who has the better reputation.”

“Westboro Baptist Church are notorious shamers, very unsuccessfully so. Often they have the effect of moving the dial even further in the direction that they’d hoped to avoid.”

“Climategate is another great [Editor’s note: she means “terrible”] case of that. That was timed so strategically to be right before Copenhagen. That was a pure PR stunt. The effects were never reversed. Copenhagen ended with zero success — there were nice write-ups, in Nature, but ask your average undergrad and they don’t have that impression at all. That was a real number on climate scientists generally.”

“Shame can be either of these things. The whole goal is for soft power, not rough justice. Maybe in some cases, harsh is necessary — but that harshness is aimed at institutions that don’t leave a bunch of victims in their wake.”

“There’s that saying ‘guns don’t kill people, people kill people.’ We know that’s not necessarily true, right? Shame is like that — it’s not exactly value-neutral. It’s designed to do harm. But there can be moments in which it can really work as a positive force in society. My point with the book was to get people to reconsider shame as being simply a negative force.”