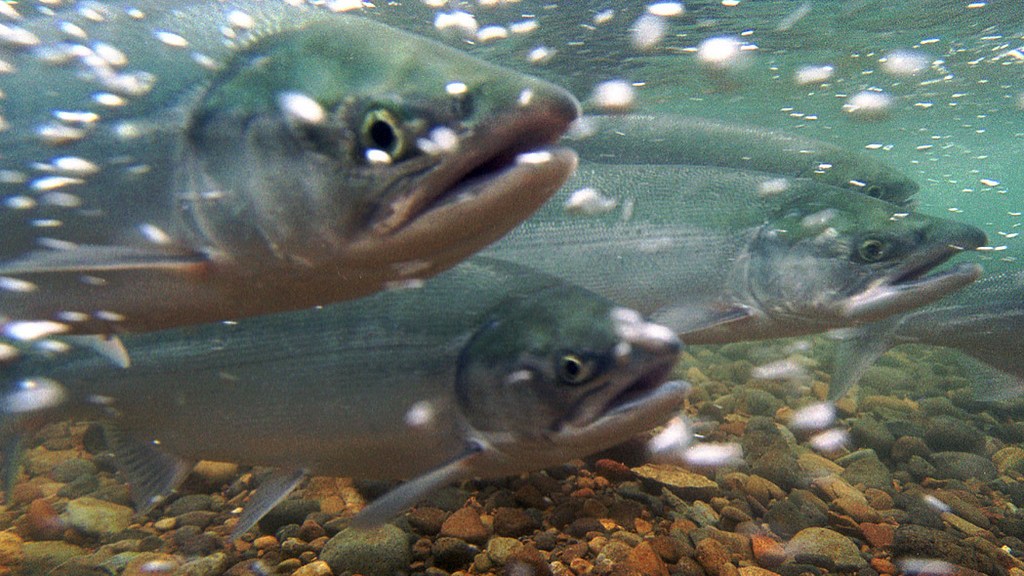 If you’re a child of the 90s, you might feel something like this when it comes to sea creatures escaping from captivity. But it’s now 2015, and we farm fish on the reg, so it’s time to grow up. Wired explains why:

Aquaculture is fast becoming the main way that humans get their seafood fix. But fish aren’t cattle; they don’t turn passive when cooped up. Every year, hundreds of thousands of salmon, cod, and rainbow trout wriggle through damaged or defective cages and flee into the open seas, never to be recaptured. In addition to costing farmers millions in lost revenue, these escapees can wreak havoc on their wild brethren by polluting gene pools and spreading pathogens.

Trine Thorvaldsen, a researcher in Norway, where it’s a criminal offense to let farmed fish out of captivity, has been studying how these fish escape. Turns out, it often comes down to human error:

“There was one instance in which fish were being pumped from one cage to another, but the workers didn’t realize there was no net to keep them,” says Thorvaldsen, who is a cultural anthropologist by training; by the time anyone noticed the silly mistake, 13,000 salmon had swum away. Most of the fateful miscues that lead to mass “fishbreaks,” however, are less spectacular in nature. Workers sometimes have difficulty operating equipment, for example, and brush the vessels’ destructive propellers against the containment nets. Or they inadvertently tear those nets while using cranes to adjust the weighted tubes that maingtain the shape of underwater cages. Farmers are often unaware of these small fissures until hours later, at which point it’s often too late to dispatch recovery teams to the site.

Scroll down to the end of that Wired article if you want to read about a few of the more “spectacular fishbreaks of recent vintage” — like the time 30,000 rainbow trout escaped captivity in Scotland after otters ate through their net.

Fish escapes are an especially big concern when it comes to farming genetically modified salmon, like those that Massachusetts-based company AquaBounty Technologies designed to grow faster and bigger than normal Atlantic salmon. AquaBounty has been trying to get FDA approval to sell its fish for more than two decades, NPR reports, but many are concerned about what would happen if the modified salmon make their way into the wild:

Robert H. Devlin, a scientist at Fisheries and Oceans Canada, led a team that reviewed more than 80 studies analyzing growth, behavior and other trait differences between genetically modified and unaltered fish. The scientists used this to predict what might happen if fish with modified traits were unleashed in nature.

Genetically modified salmon contain the growth hormone gene from one fish, combined with the promoter of an antifreeze gene from another. This combination both increases and speeds up growth, so the salmon reach a larger size faster.

Altering a fish’s genes also changes other traits, the review found. Genetically modified salmon eat more food, spend more time near the surface of the water, and don’t tend to associate in groups. They develop at a dramatically faster rate, and their immune function is reduced.

It seems like a fat, immunocompromised, anti-social fish wouldn’t last a day in the wild, but as one of Devlin’s colleagues told NPR, that’s not a given — there are plenty of examples of invasive species thriving where they weren’t supposed to.  Fortunately, AquaBounty farms on land in tanks, and according to the FDA, the company has screens, filters, and nets blocking off the drains and pipes that might otherwise offer an escape route.

Still, humans are so good at messing things up, so maybe we should just move all this fish farming to — I don’t know — Nebraska? Better yet, let’s just make these giant salmon so fat that they couldn’t fit through those pipes even if they tried!