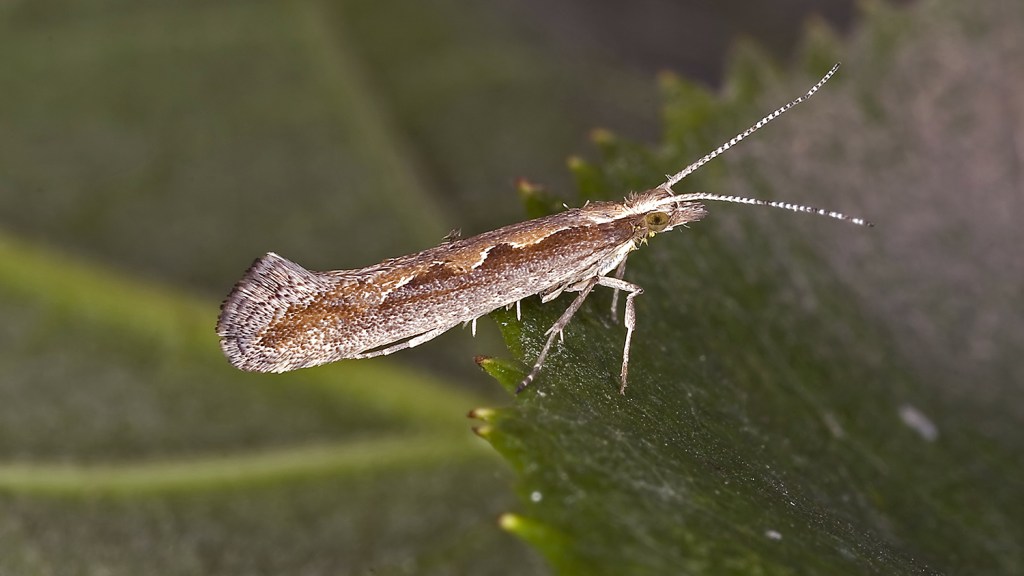 Forget insecticides. Scientists are making pests that destroy themselves

Let’s get this right out in the open: Scientists are genetically engineering moths to self destruct. I know, I know — sounds pretty mad scientist-y. But consider this: Those moths are wreaking havoc on sauerkraut-destined cabbage, kale, and other super-hip cruciferous super foods. So either the moths go, or you have to start microwaving leftover rice and hot sauce for lunch like everyone else.

Now that I’ve got your attention, pop open a jar of that artisanal sauerkraut and let’s begin. Diamondback moths are kind of the Incredible Hulks of the pest world. Try to kill them with a single pesticide, and they’ll just develop resistance and grow stronger. Farmers try to work around this by deploying multiple pesticides in rotation, but even then, the moths remain a stubborn foe. Here’s more from the New York Times:

An invasive species, the diamondback moth was once a minor nuisance. It became an agricultural headache in the late 1940s as chemical pesticide use exploded. The moth, the first crop pest to evolve resistance to DDT, multiplied as feebler competitors died off.

Today, the pest is found where kale, broccoli, Chinese cabbage and other cabbage cousins grow. Hungry caterpillars that hatch from eggs laid on the plants cost farmers an estimated $5 billion a year worldwide. And the diamondback moth continues to adapt to new generations of pesticides. In Malaysia, it is immune to all synthetic sprays.

OK — so chemicals don’t work. And the moths’ natural foe, wasps, are even less effective than chemicals, the Times reports. Desperate, scientists even tried sterilizing the suckers back in the ’90s using gamma radiation — something that totally screwed the unfortunately named screwworm — but that didn’t work either, according to the Times.

Fresh out of ideas, scientists at Cornell and the British biotech company Oxitec pieced together a gene that makes female moths dependent on an antibiotic for survival. That way, when they’re out in the wild, the females die before reaching reproductive age, the Times reports. (If the feminist in you is angry that the self-destruction works only on females, take comfort in knowing that the gene leaves a bunch of adult males without anyone to bang.)

Not surprisingly, these mutant moths have sparked some controversy. Here’s more from the Times:

Groups opposed to the use of genetically modified organisms worry that the protein made by the synthetic gene could harm wildlife that eat the moths.

“We would argue that more information should be collected,” said Helen Wallace, the director of GeneWatch U.K.

Haydn Parry, the chief executive of Oxitec, says the company addressed this concern and others in data submitted to the Department of Agriculture.

“We fed the protein to mosquitoes, fish, beetles, spiders and parasitoids,” he said. “It’s nontoxic.”

Scientists at Cornell are currently testing the effectiveness of the gene by putting modified moths and wild moths together in outdoor cages. Anyone concerned about mutant moths wandering around organic fields where they don’t belong needn’t worry, the Times says:

Studies suggest the likelihood of diamondback moths straying is low. Wild moths released into the open tend to stay put as long as they have food and company. Any that do venture farther afield are likely to be wiped out by New York’s cold winter.

Even if strays are found, legal experts say that national organic standards penalize only the deliberate use of a genetically modified organism.

And fortunately, the researchers at Oxitec equipped the moths with a gene from coral that makes them glow red under ultraviolet light, so if they do get out, they’ll be easy to spot (assuming most farmers are also aspiring crime scene investigators).

Just like those mosquitos modified for self destruction down South, these moths will face a lot of scientific and societal barriers before gaining acceptance in the agriculture world. Still, they’re slated for a test run in a small cabbage patch next summer, so it’s worth considering how you feel about them now. Personally, I’m not too torn up about scientists tinkering with disease-carrying mosquitos, and if it means less insecticide use, mutant moths don’t sound so bad either, especially considering they’re kind of wired for self destruction already.