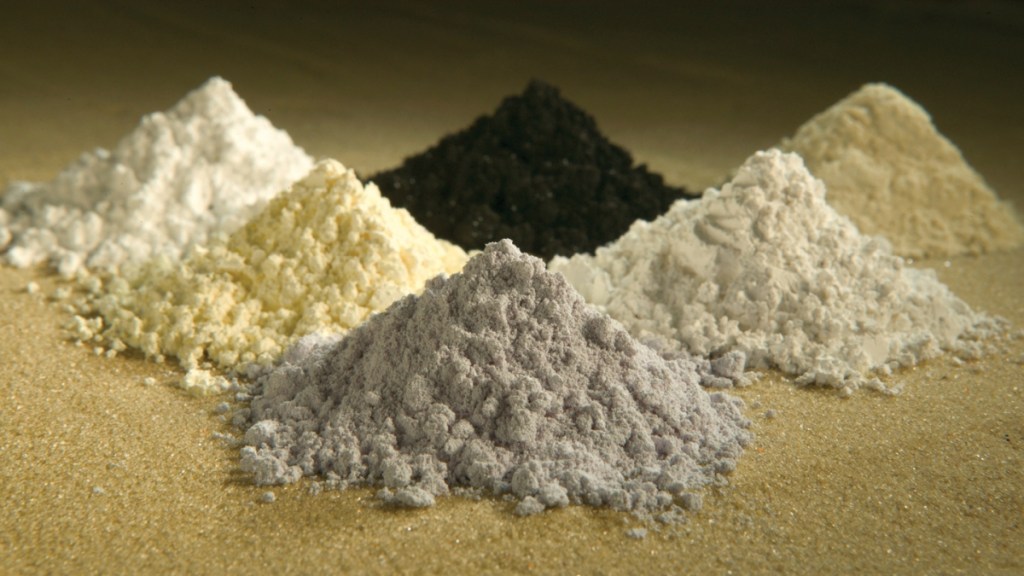 Rare-earth elements, including neodymium (back center). Peggy Greb, US Department of Agriculture
Science

Your smartphone is a little box-shaped devil that sucks up all your attention, ruins perfectly good conversations, and makes you incapable of turning a corner without first looking up where you are on your GPS. But it’s also a pretty useful tool that’s made of stuff. Ever wonder where that stuff comes from?

Turns out, the rare-earth minerals like neodymium and dysprosium used to make iPhones, cars, wind turbines, Tomahawk cruise missiles, glass, and various other consumer goods come primarily from mines in China, where environmental preservation hasn’t always been a top priority. Now, a Chilean company called Biolantánidos is looking to snatch up some of that market in a much greener way. Here’s more from Bloomberg Business:

While operations in China typically pump ammonium sulfate into the ground and wait for the chemical to seep out with the minerals, at Biolantánidos the plan is to dig out the clay, put it through a tank-leaching process with biodegradable chemicals and return it cleaned to the ground, replanting pine and eucalyptus trees. It may be laborious, but [project leader Arturo] Albornoz is hoping companies such as ThyssenKrupp AG, Apple Inc. and Tomahawk cruise missile maker Raytheon Co. will end up paying a premium, knowing their suppliers aren’t destroying the planet.

Biolantánidos plans to start operations in the city of Concepción about 250 miles south of Santiago by the end of 2016, Bloomberg reports. And with the rights to about 772 square miles of land, the company estimates that it can make about 2,500 metric tons of rare-earth concentrate per year at first and potentially 10,000 tons down the road. About 130,000 tons of rare-earth minerals are churned out globally every year, according to Bloomberg.

Unfortunately, now isn’t the greatest time to get into the rare-earth minerals biz:

Prices have declined in recent years after China said it would comply with an order from the World Trade Organization to end export quotas imposed in 2010. Yttrium for example, which is used in jet engines, has tumbled 33 percent in the past year, while neodymium oxide is down 8 percent and dysprosium oxide is down 2.2 percent, according to prices at the Shanghai Metals Market.

“It’s our big bet on green mining,” Albornoz told Bloomberg. Hopefully, that bet will pay off, and companies will be willing to pay up for a clean conscience. And hey — if they’re strapped for cash, they can always divert some funds from their mega-office park utopias.