The ice under polar bears' paws is not only melting, but also moving 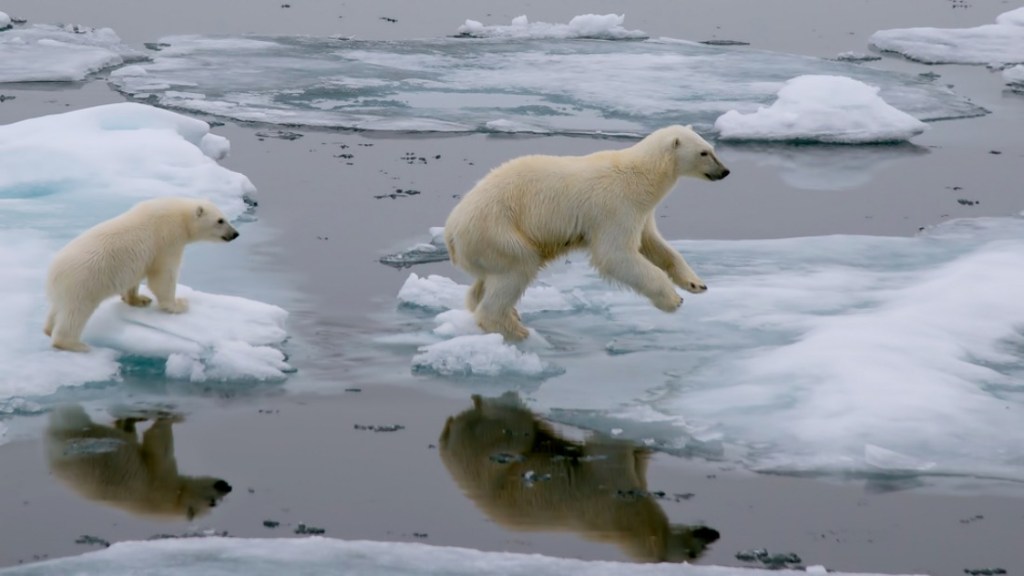 The ice under polar bears’ paws is not only melting, but also moving

Has the self-loathing set in yet? You know, the feeling that hits every year around this time when you realize how much you’ve been eating and drinking for two weeks straight? Well, you might take comfort in knowing that this year, you won’t be alone when you take to that torture device known as a “treadmill.” Turns out, polar bears are on a kind of treadmill, too — and climate change just turned up the speed on that baby.

According to Scientific American, the floating ice that polar bears live on is constantly drifting from east to west, pushed along by the polar winds that blow in that direction. So to avoid ending up in Russia, Arctic polar bears always have to meander in the opposite direction.

But now that climate change is making that ice thinner, those winds are able to move it faster — from about three kilometers per day to about five — meaning polar bears have to pick up the pace.

Biologist David Douglas started tracking polar bears 30 years ago, and he told Scientific American that he and his colleagues didn’t see this coming:

Douglas and his colleagues tracked Alaskan polar bears fitted with radio collars. They found that the animals are working harder than ever to compensate for the faster drift. And just like when we exercise, bears have to eat more food to make up for the extra calories they’re burning—between one and four more seals per year, depending on whether the bears are single or raising cubs.

“While that may not seem like a lot of seals or a big demand, it also comes at a time when the habitat that they have to hunt in is shrinking. So they have less area on which to hunt seals, at the same time needing to hunt more.”

So from now on, you can picture climate change as that obnoxiously upbeat gym trainer who sees that you’re already dying and then cranks up the speed on your treadmill anyway, while telling you to cut all the cheese and chocolate from your diet. And then you’re just like:

That’s probably how polar bears are feeling right about now.