Thirsty birds are dying all over California -- thanks, climate change 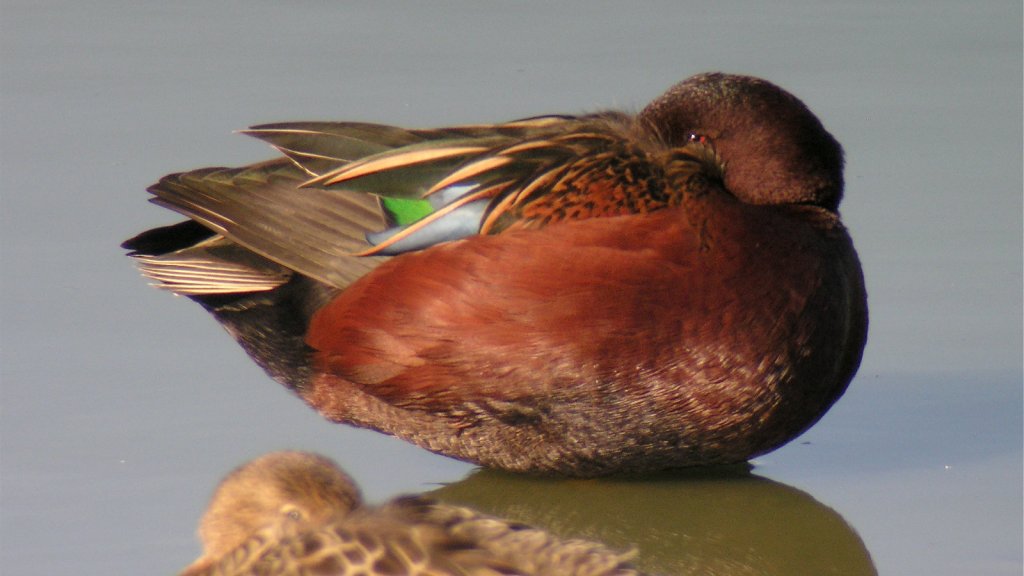 Thirsty birds are dying all over California — thanks, climate change

You know that historic and disastrous drought currently turning California into one big heap of straw? You know how it’s probably being exacerbated by climate change? And indicative of the conditions that will become more common as the climate continues to warm?

As if that weren’t bad enough on its own, there’s more: All those hot and dry conditions mean that climate change is basically flipping the bird to birds, which are in serious trouble as they make their long migrations over parched California. Yup — welcome back to Spoiler Alerts, where climate change is always a jerk.

Along the 4,000-mile-long Pacific flyway — one of four main routes in North America for migrating birds — up to six million ducks, geese, and swans wing south every year to find warmth after raising young in the rich habitats of Alaska, Canada, and Siberia. They are joined by millions of shorebirds, songbirds, and seabirds, including the ultimate endurance winner, the arctic tern.

But California’s drought has dried up its wetlands. Many insects, fish, and plants are gone. As a result, some migrating birds have died or been depleted of so much energy that they have trouble reproducing. Thousands of ducks and geese, crowded onto parched rivers and marshes, are felled by botulism and cholera, which race through their feeding grounds.

So many birds rely on California as they make the trek down from summer homes in Alaska that the litany of threatened species reads like a birder’s wishlist: long-billed dowitchers, sandhill cranes, tricolored blackbirds, cinnamon teal, tundra swans, snow geese, Western sandpipers, northern shovelers, Wilson’s phalaropes. I don’t know what half those things are and I’m still sad. Just think how bummed all those retirees with binoculars and a lot of time on their hands are going to be.

Even the birds that survive the migration this year may be pretty ragged by the next time they get to their breeding grounds. With little food and not enough water, many may not breed at all (we’ve all been there):

“The birds will see there’s no water and will fly to where water is. Now there’s one less refuge and pressure on the other refuges. When they fly back to breeding territory in Alaska and Canada, they’re not in good shape. If they’re weak, they’re susceptible to disease. Some may not breed,” [Sacramento National Wildlife Refuge manager] Frisk says.

And that’s bad news for birders, too:

Along the coastal part of the Pacific flyway, on the last day of April, Josiah Clark, a champion birder, pedaled 130 miles, from the Santa Cruz Mountains to San Francisco Bay, in 24 hours with a fellow birder, Rob Furrow. They saw 187 species, setting a Northern Hemisphere record for a birding-on-bicycle competition. But the vegetation looked dry like June instead of wet like spring, Clark says.

They saw cinnamon teal and hummingbirds near the coast rather than inland, and western sandpipers and dunlins were switching to kelp flies on the beach instead of insects in a flooded meadow. “It shows their resilience,” Clark says. “Those birds that don’t figure it out are not going to pass on their genes,” which ultimately can determine evolutionary success or failure.

If birding-on-bicycle was a thing you ever wanted to do, sorry — now climate change is ruining that, too.