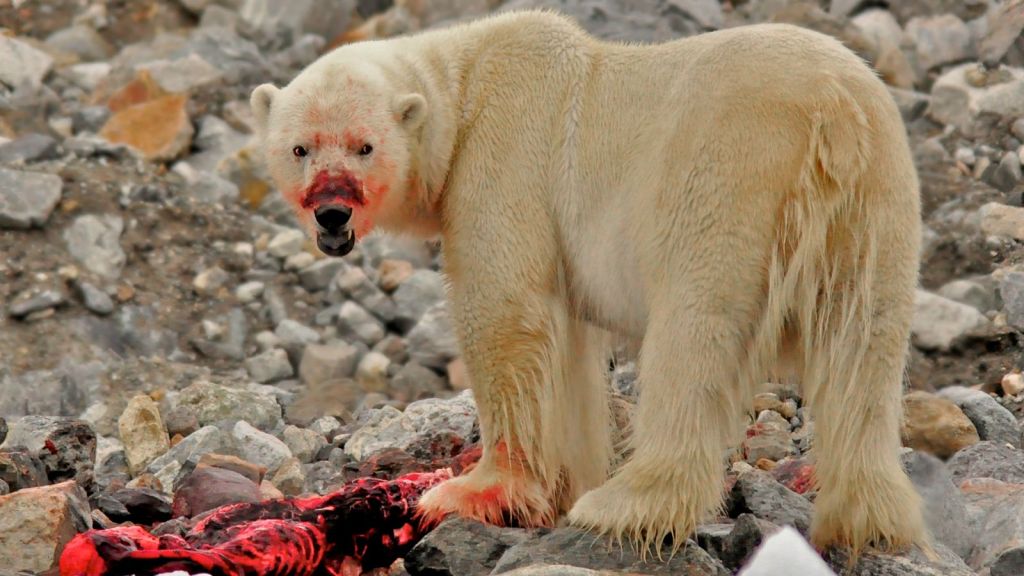 "Don't mind if I do." Shutterstock
Science

Well, well, well. It looks like climate change activists are gonna have to find a new mascot. Polar bears, it turns out, are greedy bastards who don’t hibernate and want to just stuff their faces all year like the world isn’t going through some serious shit right now. We all have to make sacrifices, guys!

Actually, researchers never really knew whether or not polar bears hibernated, but they suspected that the big white beasts entered a kind of walking hibernation during the summer, when food is scarce. Other bears lower their body temperatures during hibernation so they don’t need as much energy and therefore don’t need to eat as much. But polar bears? They, apparently, can’t go one freakin’ season without a nosh.

At least that’s according to a new study published yesterday in the journal Science. John P. Whiteman, a PhD candidate in ecology at the University of Wyoming, led the research and explained to The New York Times exactly how he and his colleagues uncovered this damning information, and, well, let’s just say I can’t wait for the movie adaptation:

“This data did not exist at all,” [Whiteman] said, because it was so hard to obtain. The researchers used helicopters and a United States Coast Guard icebreaker to find and dart the bears with tranquilizers. The study was done in the Beaufort Sea, north of Alaska and Canada, and on its coast.

The researchers set up wind screens and lights, Dr. Whiteman said, “trying to recreate an animal surgical suite in the field.” They inserted devices into the abdomens of 10 bears to record body temperature. They also used collars to track location and activity levels, and inserted temperature recorders into the rumps of some bears.

About two dozen bears were studied in all, with the overall goal of getting a better picture of the physiology of polar bears in the summer. The researchers also took body measurements and fur and blood samples.

“We’ve got years and years of working with this data ahead of us,” he said.

To be fair, polar bears don’t exactly stuff their faces during the summer, because there’s not much to stuff them with, and they do tend to lose a lot of weight. But don’t let that tug at your heartstrings — it’s time for environmentalists to officially let Coca-Cola have the polar bear; those poor gluttons are gonna need something to cool off with as climate change makes summers longer and longer.