This origami battery is cooler than your crane 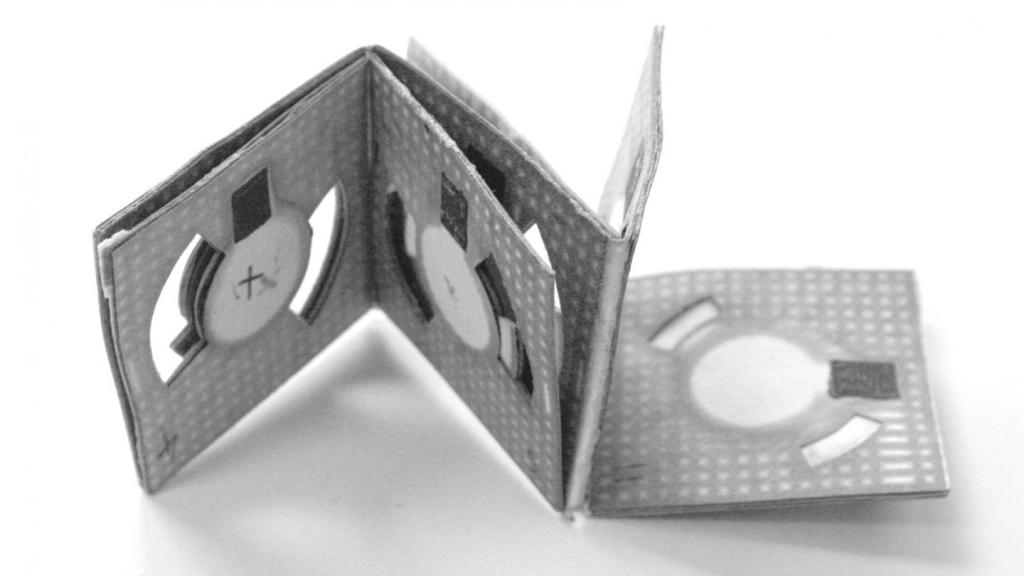 This origami battery is cooler than your crane

What do you get when you add dirty water to your origami? Gross origami. What does Binghamton University engineer Seokheun “Sean” Choi get when he adds dirty water to his origami? A paper battery that could power cheap diagnostic tests in developing countries. (Don’t worry — that frog is still pretty cool.)

Here’s how Choi’s battery works: Dirty water contains bacteria. It also contains organic matter that the bacteria feeds on. When the bacteria metabolizes said organic matter, it respires free electrons. So when you put a drop of dirty water on a piece of paper coated in “activated carbon” that can harvest those electrons, and you’ve got yourself a way to generate an electric current!

In a paper published in the journal Nano Energy, Choi and his co-author explain where the ancient art of paper folding comes in:

Using origami, compact and stackable 3-D battery structures can be created from 2-D sheets through high degrees of folding along pre-defined creases. In this work, the base reservoir paper was folded twice to make a battery stack including four batteries connected in series. When bacterial culture is added on to the common inlet on the folded battery stack, it is transported horizontally and then vertically, first filling the reservoir of each battery, and then reaching the different batteries.

The unfolded piece of paper is about 2.8 inches on a side, but it folds to roughly the size of a matchbook. It also costs about five cents to make. This is important, because ultimately Choi sees his origami trick as a way to make the cheap diagnostic tests that have become popular in developing countries even cheaper. Many of these devices can still be prohibitively expensive, because they require external equipment or handheld devices. Here’s more from the paper:

[…] There is a compelling need for an inexpensive and equipment-free paper-based diagnostic system that can work independently and self-sustainably even in challenging field conditions such as resource-limited and remote regions.

For creating the self-powered paper-based system, a paper-based power source is indispensable because the power source directly integrated onto paper would facilitate system integration holding the same advantageous features of the paper-based diagnostic tools such as low-cost, simple, easily operable, and disposable.

And to think — with a little more foresight, your arts and crafts teacher could’ve been running a world-saving battery factory, rather than overseeing the controlled chaos that is teaching hyper and uncoordinated children how to express their creativity.