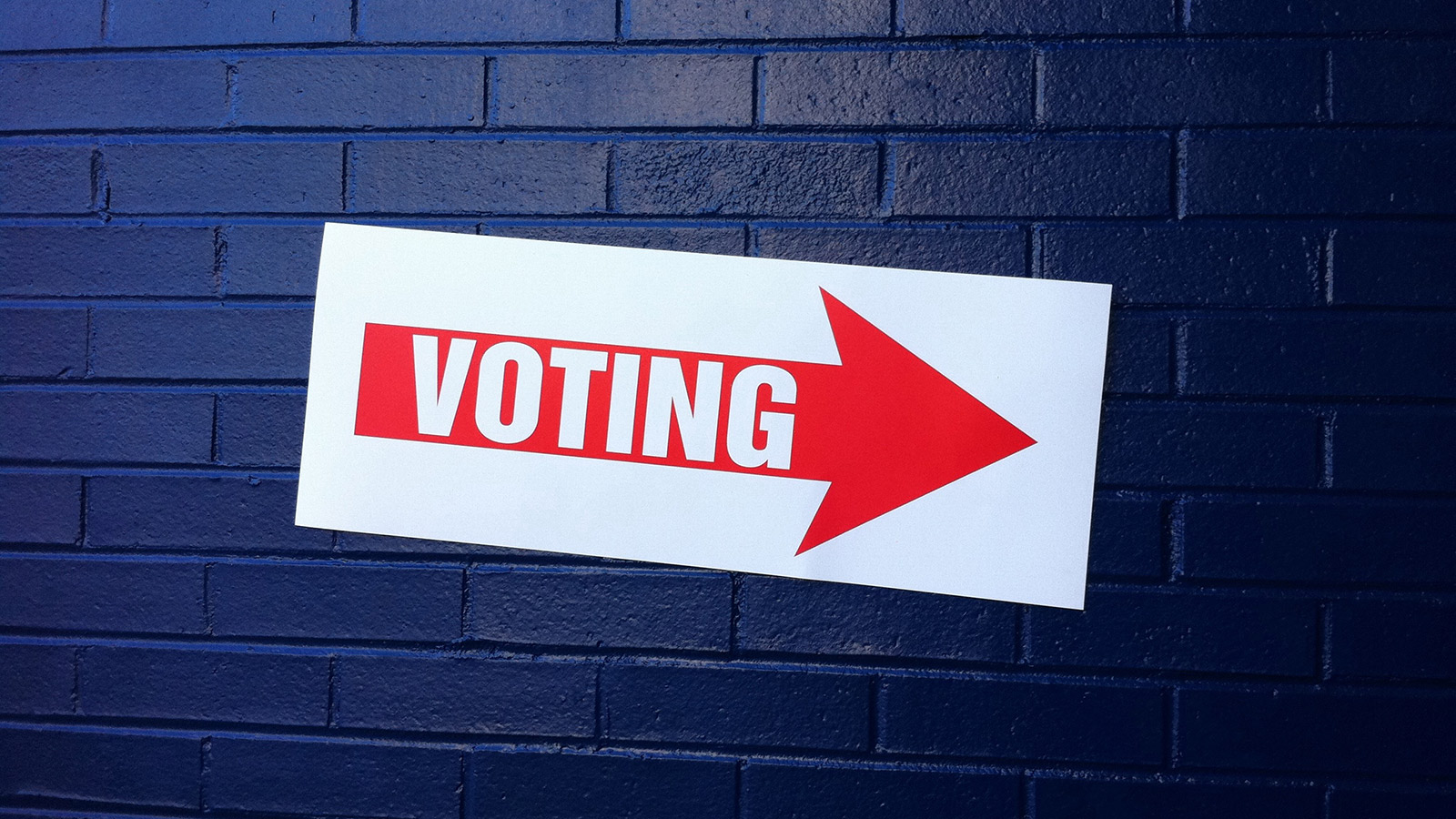 “Information is the currency of democracy,” said Thomas Jefferson, who, as the oft-cited father of democracy, presumably knew whereof he spoke. Alas, a couple of hundred years later, it seems more accurate to say that currency is the currency of democracy. Here at the height of the Information Age, information about the workings of our democracy is increasingly tough to come by (think of the Bush administration stonewalling about Vice President Dick Cheney’s Energy Task Force) and increasingly hard to trust (think of the staggering consolidation and centralization of media control).

To counter those trends and conduct a little Jefferson-style democratic action, Grist offers this special edition on the environment and electoral politics. At a time of military conflict abroad, a lackluster economy, and menacing threats to education, Social Security, health care, welfare, and civil rights, the environment might seem low on the priority list. 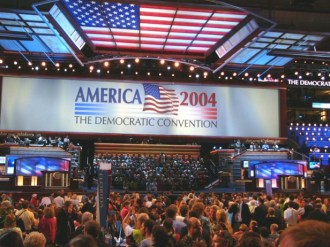 Environmentally minded voters need to know what the playing field looks like — and they need to know that their votes could turn the election. As Mark Hertsgaard points out in his article for this special edition, card-carrying environmentalists (that is, those who belong to environmental organizations) don’t vote at any higher rate than the rest of U.S. citizens. If they did, say some, Al Gore would be president today, and both chambers of Congress would now be led by Democrats. (And, who knows, maybe the Green Party would be looking better and better.)

Thus, this special edition of Grist: to help our readers figure out how politics can affect the environment — and vice versa. If you haven’t made up your mind about third parties or you’re wondering which candidate drives an SUV or you simply want a healthy dose of green election info, read on. Here’s what we’ve got to offer:

(Image at top of page by Justgrimes)

Kerry power. Photo: Kerry for President. He has the jaw and build of Paul Bunyan; he windsurfs, kite-boards, and snowboards; and he’s married to Teresa Heinz, one of the most powerful environmental philanthropists in the country. He has his finger …
Politics

The scoop on Bush’s Texas getaway

Dear Umbra, I heard a rumor that President Bush’s Texas ranch is off the grid. I find it very hard to believe (unless “off the grid” means he has his own oil well and refinery set up) and I can’t …
Ask Umbra

Advice on channeling your eco-political anger

Dear Umbra, Now that this country has been lost to the Earth-ravaging Republicans, tell me: Which other country should I run to seeking environmentally aware salvation? MelAlbany, N.Y. Dearest Mel, America. Love it or leave it, pal. Are Republicans inherently …

It’s that time of year again. Fall is in the air, kids are back in school, and frightened Democrats are warning the Green Party not to run a candidate for president next year. “The issues are too serious,” we’re told, …
Politics

Interviews with the 2004 Democratic presidential contenders

There are enough of them to field a baseball team or fill the Supreme Court bench. With nine candidates vying to win the Democratic nomination for president, sometimes it can be tough to remember which one drives the SUV and …
Politics

Kucinich: rhymes with spinach. Photo: Kucinich for President. Rep. Dennis Kucinich (D-Ohio) has gone to great lengths to bill himself as the only true progressive among the Democratic presidential candidates — vehemently opposed to war, NAFTA, and the World Trade …
Politics

Joe cool. Photo: Lieberman for President Search through the recent archive of Democratic presidential candidate and Connecticut Sen. Joe Lieberman’s press releases, and here’s a sampling of what you’ll see: “Lieberman Calls for [EPA Administrator Christie] Whitman to Resign in … 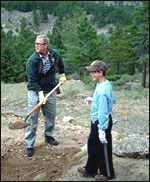 Can a beat-Bush effort yield a progressive coalition with staying power?

Is Bush digging his political grave with enviro rollbacks? Photo: White House. Who says George W. Bush never did anything for the great outdoors? His running for reelection could be the best thing to happen to the U.S. environmental movement …

Bush chats up Michiganders in Monroe. Photo: White House. President Bush swooped into Monroe, Mich., in mid-September for an appearance at one of the largest and most polluting coal-fired power plants in the world. As an exploration of his ideas …
Politics

A look at state and local races and rumblings around the U.S.

Click on the map to read about each region. All politics are local, as the saying goes — and so in this section of Grist’s special edition on elections and the environment, we turn our attention away from the federal …
Politics

Links and info on candidates, voting, and other election intrigue

Register to Vote Meet the Candidates What the Polls Say Additional Resources Register to Vote Get off your duff and register to vote! Think you’ve got this one in the bag? Better check twice. Have you moved since the …
Ask Umbra

Umbra on reversing the tide

Dear Umbra, I can’t take it! A body-building actor was just elected governor of my state! I’m going to go mad! Then my friend said, “Don’t get mad, get even.” You’ve got to help me — California is crazy, but …
Living

Some may cry nepotism when they see Andre Heinz, the middle son of Teresa Heinz Kerry, take to the podium as one of the leading spokespeople on the environment for John Kerry’s presidential campaign, but his ascent is hardly without …
Climate & Energy

Yvon Chouinard, world-class mountaineer, diehard surfer, obsessive fly fisher — oh yes, and founder and owner of Patagonia, Inc. — is as famous for his brio and gutsy outdoorsmanship as he is for his visionary business strategy. A Maine-born blacksmith, …
Politics

The brutal hurricanes have passed, but now Florida is in the eye of the swirling swing-state storm — and environmental issues are being swept into the fray by high-ranking politicians and hot-ticket celebrities alike. The Everglades are now faced with …
Politics

Jennifer Granholm. If John Kerry becomes president, he’ll owe an awful lot to Jennifer M. Granholm, Michigan’s environmentally minded first-term Democratic governor. For all but a few shaky days in early September when some polls indicated that Michigan may have …
Politics

In the midst of one of the most pivotal presidential campaigns in decades, it’s easy to forget that we are on the brink of what could be a momentous election in the Senate as well: 34 senatorial seats are up …
Politics

Speculation and hearsay on potential environmental picks for a Kerry cabinet

There are plenty of ways to blunt pre-election anxiety, but one exercise favored by Beltway insiders is batting around post-election scenarios. When optimistic enviros envision regime change, the big questions are: Who will be on Kerry’s environmental A-Team? And what …
Business & Technology

Matt Patsky knows his green. As the election looms, green-investing guru Matt Patsky has joined the political fray, making the radio talk show rounds to tell investors and voters why another Bush presidency will not only be bad news for …