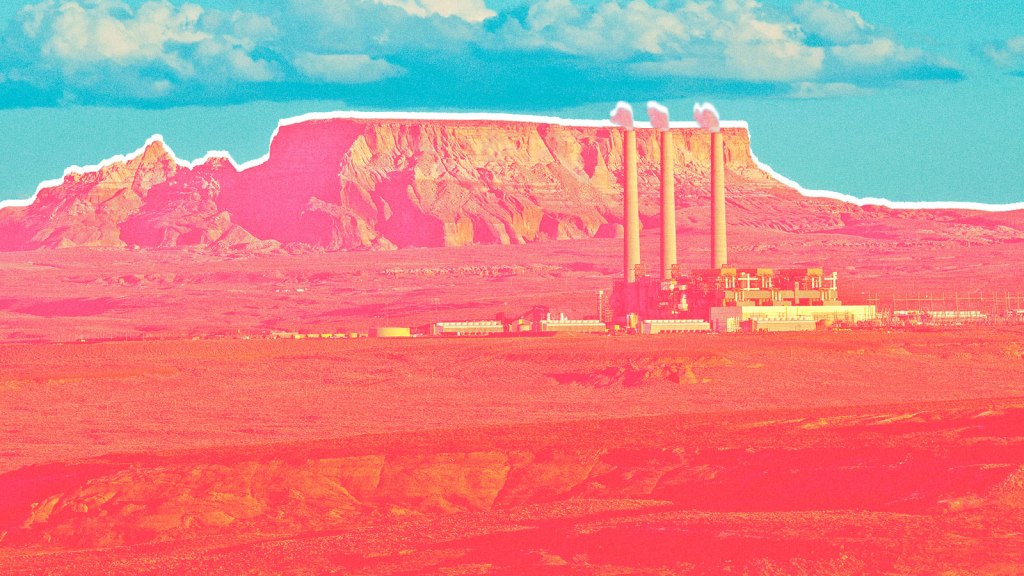 When the smokestacks of the Navajo Generating Station wheezed their final puffs and the coal plant at last closed its doors in 2019, more than 400 workers lost their jobs. Upwards of 90 percent of them were Diné (Navajo). For the Navajo Nation, which had leased the land on which the generating station was built, the November shuttering of the plant also meant losing $30 to $50 million in annual revenue.

The generating station’s 13 terawatt-hours of yearly electricity production had been fueled by lumps of coal from Peabody Energy’s Kayenta Mine, a surface mine a short train ride away. Without the plant burning its coal, there was no longer a need for the mine either. It, too, would close, and with it went more jobs. These losses are felt even more acutely in the age of COVID-19, when employment and economic stability are ever more uncertain.

But in this difficult and dramatic end of a nearly 50-year era, Robyn Jackson sees an opportunity. Jackson is the climate and energy outreach director at Diné Citizens Against Ruining our Environment (Diné CARE), a Navajo-led environmental justice organization. To her and others, the closure represents a new chance to invest in clean energy on a meaningful scale.

Perhaps more importantly, it’s an opportunity to hear from the voices regularly excluded from the kinds of policy-making processes that determine an economy’s energy mix: voices from frontline communities most heavily hit by the pollution and environmental degradation that are generated along with the power.

In the face of energy-sector tumult, Diné CARE — along with partner groups like Tó Nizhóní Ání (Sacred Water Speaks) and Black Mesa Water Coalition — are calling for a just transition to a clean-energy economy rooted in Diné Fundamental Law and values. Called the Navajo Equitable Economy initiative, the plan and its organizers envision a future of clean water and water rights, transition assistance from utilities, renewable electricity generation, and, ultimately, a Navajo-led energy sector that diversifies the Navajo economy.

Voices in the sacrifice zone

“Over the years, our communities have been sacrificed to meet the energy demands of other cities in the West,” Jackson says, referring to the huge swathes of Arizona, Nevada, and California that had been powered by the generating station before it closed.

“We’re in the sacrifice zone,” says Carol Davis, the executive director of Diné CARE. She points to the disproportionate rates of poverty, unemployment, and poor health outcomes in the communities with which her organization works. They stand in sharp contrast to the wealth generated through fossil-fuel extraction — and in the face of the pandemic, one hears an eerie echo in her words.

For Diné CARE and its collaborators, the job, now, is to ensure a just transition comes to pass. But with the novel coronavirus currently ripping across the Navajo Nation — at the time of writing, Window Rock had reported more than 2,000 cases of COVID-19 — the gears of bureaucracy are coming to a grinding halt, and the inequities of the status quo have been thrown again into stark relief. Grassroots groups are shifting their attention to donating food and sewing masks for communities often without access to running water or the internet. And much of Diné CARE’s organizing has long relied on face-to-face communication, not least in public meetings.

In the late 1980s, the group’s founding members organized the local community in Dilkon, Arizona, to stop the development of a medical waste incinerator and dump that had been previously approved by the local tribal government. In 1990, the group would go on to co-found the Indigenous Environmental Network, an alliance of Native-led environmental justice groups committed to environmental activism and community organizing.

Since then, Diné CARE has championed a wide range of related efforts, from blocking an asbestos dump in Huerfano, New Mexico; to rallying for reforestation in the Chuska Mountains on the Colorado Plateau; to amending the Radiation Exposure Compensation Act to expand just compensation for local uranium miners’ health conditions.

“All of these things took a lot of organizing, a lot of working with communities,” Jackson says.

In the wake of the Navajo Generating Station and Kayenta Mine closures, the seeding of a Navajo Equitable Economy represents the group’s next chapter. And the playbook going forward remains the same.

Diné CARE’s board is composed of people from across many different Navajo Nation communities, and all the group’s efforts begin as grassroots campaigns to give voice to those not heard by federal or tribal governments.

“The big thing is to try to empower our people to speak for themselves,” Jackson says.

The new year brought new momentum for the clean-energy movement. Speaking before the Los Angeles City Council in February, Navajo Nation President Jonathan Nez argued for building out a reinvigorated partnership around renewables. (The Los Angeles Department of Water and Power, or LADWP, was a former part-owner of the Navajo Generating Station but sold its stake to Salt River Project, the plant’s operator, in 2016.)

“We want to be the leaders in renewable energy in Indian Country,” Nez said. “And we are already moving forward on that path by creating a solar project on the Navajo Nation that generates 55 megawatts of electricity.”

The project in question represents an experiment in utility-scale solar on the Navajo Nation. Wholly Navajo-owned, the Kayenta Solar facility consists of two solar farms, with a third under construction. In a recent op-ed for the Arizona Daily Sun, Jackson cited a study that found “the Navajo Nation has the most renewable energy potential of any tribal lands in the United States.” And though LADWP gave up its ownership stake in the coal plant, it still owns the relevant transmission lines, so advocates argue making the switch to a clean energy partnership will be easier than most.

The Los Angeles city council would go on to vote in favor of the partnership, beginning with commissioning a feasibility study of replacing coal-fired power sources with clean energy. Under its 2019 sustainability plan, Los Angeles has committed to being 55 percent renewable by 2025. The vote represents a significant step in the right direction for just-transition advocates. In a recent statement, Jessica Keetso of Tó Nizhóní Ání called 100-percent-renewable plans “the only option to re-establish good-faith relations between states and tribes.”

In this manner, the Navajo Equitable Economy initiative is about more than the energy sector — it’s also the latest referendum on fairness and respect for indigenous communities and sovereignty. And with two more coal plants on or near the Navajo Nation scheduled to shutter over the next 11 years, it’s a referendum to which regulators and policymakers will return again.

For now, a hold

Today, though, with public comment periods tabled or moved to Zoom — and many organizers operating in emergency mode — some of the necessary coalition-building, reclamation, and transition efforts have stalled. “The whole closure process is suspended for COVID,” Davis says. “The agencies were gearing up to comply with reclamation standards. They need a reclamation plan in place.” Now, much of that work has come to a halt, she says, and a group that relies on grassroots organizing, community contact, and public testimony is retooling its efforts for the era of social distancing.

In the meantime, legal appeals march on. The Navajo Nation is currently seeking $62 million from Tucson Electric Power, one of the owners of the Navajo Generating Station: $100,000 for every megawatt of capacity the utility owned across three plants that have either closed or are slated for decommissioning. And while the Arizona Corporation Commission, the state’s regulatory body for utility companies, told utilities to prepare to offer transition funding to affected communities upon closure, the degree to which they’ll step up remains an open question. “It’s a hard ask,” David says, “but we think it’s due.”

Diné CARE and its organizing collaborators will continue to make the hard asks. In the present moment of great uncertainty, communities the world over have found themselves faced with similar energy and equity challenges — what Jackson would describe as opportunities. A global price war along with the economic effects of the coronavirus have roiled and tanked oil markets; analysts expect 2020 to see the largest drop in demand for fossil fuels ever. The shocks to the energy sector have given some cause to ask whether the pandemic will spur permanent changes in the world’s energy mix. In this respect, the closure of the Navajo Generating Station — and the difficult conversations unfolding around it today — offer a window into a debate that may only become more salient in other communities.

“It was the hope of our past leaders that our nation’s natural resources and raw materials would lead to local investment, the creation of jobs through factories and industries outside the energy sector, infrastructure improvements, paved roads, access to running water and energy, ultimately culminating in a stronger economy and enriching the quality of life for all Diné people,” said Keetso, of Tó Nizhóní Ání, in a recent testimony to the New Mexico Public Regulation Commission. Referring to the coal economy, she said: “This is no longer an acceptable economic driver and no longer an acceptable energy source.”

In the coming months, as communities grieve and the world recovers, her words will be put to a new test.

Community-Based Climate Solutions is supported by 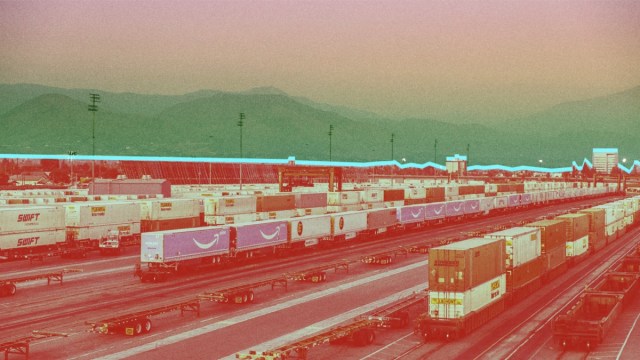 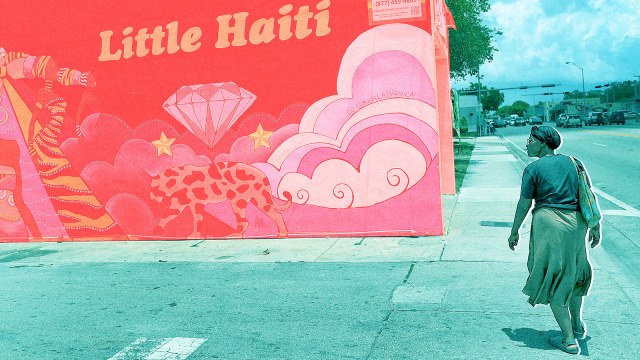 Climate gentrification threatens one of the nation’s oldest Haitian communities, but its residents are defending their neighborhood. 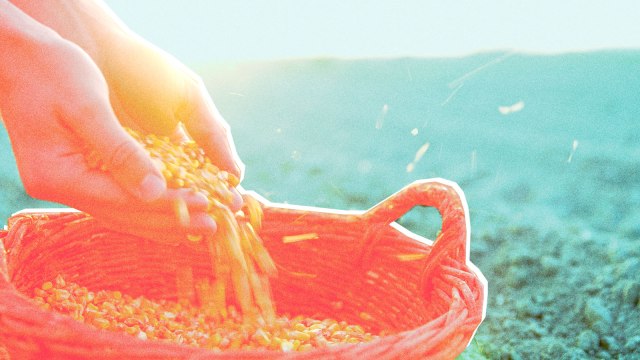 Activists in New Mexico defend the relationship between people, land, and seeds.
See all articles in this series