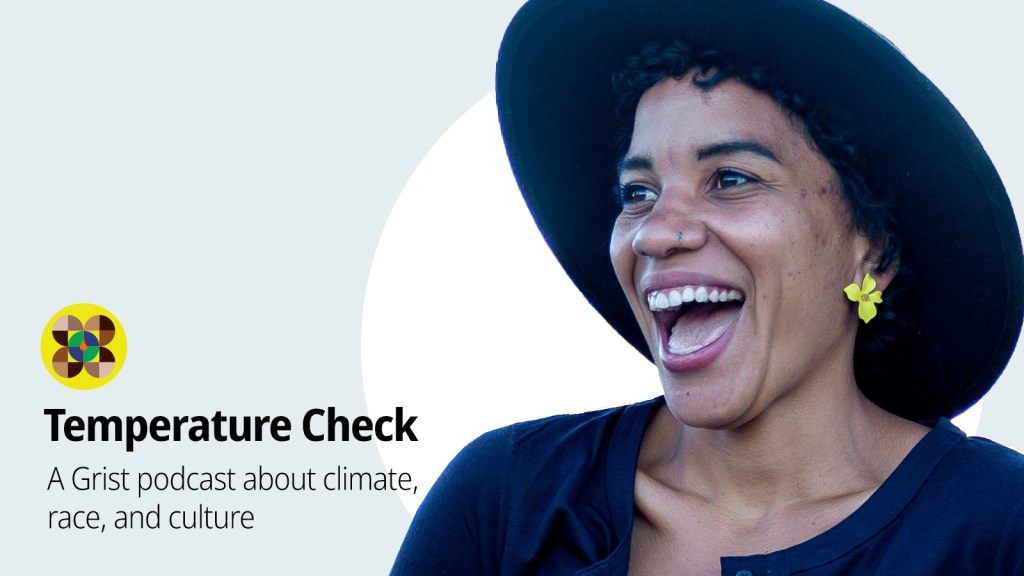 Welcome to the final episode of the first season of Temperature Check — Grist’s podcast on climate, race, and culture. Host Andrew Simon and returning co-host Brady Piñero Walkinshaw open with a discussion of unequal access to green space and recap highlights from this season’s previous episodes.

Later, Simon welcomes guest Faith Briggs, a runner and filmmaker, for a conversation about her documentary, This Land. In the film, Briggs runs through national monuments and weighs the stakes of public land protection and access. Simon and Briggs touch on diversity in the outdoors, the Antiquities Act, New Year’s resolutions, and how running relates to donuts and tacos.

Co-host Brady Piñero Walkinshaw is the CEO of Grist. Formerly a Washington State lawmaker, program officer at the Bill and Melinda Gates Foundation, and Fulbright Scholar, Brady is a passionate advocate for a better, more just future that works for all of us.

Guest Faith Briggs is a creative producer passionate about sharing contemporary stories from diverse communities. She is a self-described “professional nerd,” a Brooklyn-to Portland transplant, an avid outdoorswoman and a fierce advocate for the importance of a greener tomorrow. Faith completed her undergraduate studies at Yale University where she pursued a double major in Film Studies and African American Studies. She then earned her master’s in Documentary Journalism at the New York University Arthur L. Carter Journalism Institute. After graduating she worked for acclaimed author James McBride before joining the Discovery Channel and focusing on environmental documentary programming. It was here that her interest in environmental advocacy for the protection of at-risk communities was honed.

Moving from a focus on research, development, and acquisitions, Faith moved to Portland, Oregon as talent in a Columbia Sportswear series, the Directors of Toughness. With newfound focus on the environment and outdoors, Faith has since produced three short films: Brotherhood of Skiing, This Land, and We Hike to Heal. These films have played at festivals including Banff Mountain, Telluride, EarthxFilm, the Environmental Film Festival in the Nation’s Capital, & AmDocs. She is a William and Flora Hewlett Foundation grantee. Faith also ran the social media campaign as part of the outreach team for The Great Hack. Working in front of and behind the camera, Faith has been profiled in Trail Runner Magazine, the Men’s Journal World’s Most Adventurous Women Issue, on the cover of Women’s Running, and can be heard on podcasts including The Morning Shakeout and Off the Couch.

Faith is focused on greater representation. She often explains this as whose stories are being told, why, how, and by whom. She believes being involved in the process of sharing stories is the best way to promote needed conversations in fractured times. She is interested in the power of an invitation, whether it be to go on a run, to have a conversation, or to try something new. Faith believes deeply in the need for green spaces for mental health and healthier communities.

You can listen to the tenth episode of Temperature Check on Grist, and subscribe to the podcast on Apple, Spotify, or wherever you get your podcasts.