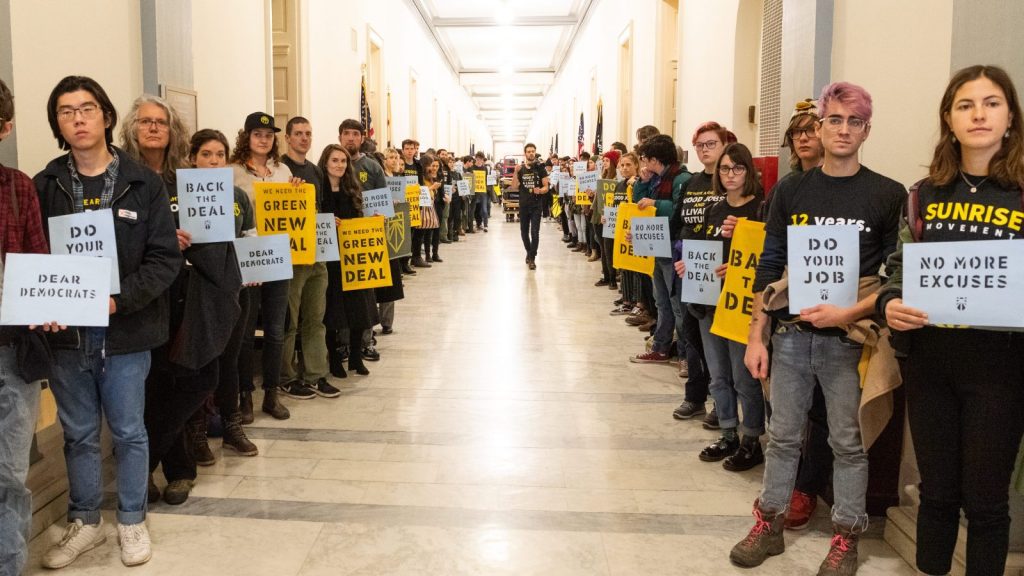 The urgency to get to a fossil fuel-free future is growing. Now comes the discussion over just how to get there.

The Green New Deal is taking shape — not so much in Congress (at least not yet), but certainly among the nation’s environmental groups, many of which came together to outline want they do and don’t want to see in any future climate legislation.

On Thursday, more than 600 organizations submitted a letter to House representatives with a list of steps they say are required “at a minimum” for the U.S. to help keep global warming below 1.5 degrees Celsius (2.7 degrees Fahrenheit).

The message was signed by green movement heavyweights like 350.org, Greenpeace, Sunrise Movement, and Friends of the Earth — as well as many local grassroots groups, including Communities for a Better Environment in California and WE ACT for Environmental Justice in New York.

Despite the sign-off from many environmental organizations, the letter may not strike a chord with all renewable energy advocates. It takes a stand on several topics that have ignited debate within the green community.

The letter demands a halt to nuclear energy, garbage incineration, and biomass energy. Such a move would throw a wrench in the green energy targets for several states which count these sources as “renewable.” Although there’s been some excitement for next-gen nuclear energy, these energy alternatives have posed health risks associated with toxic emissions and uranium contamination.

The letter also says the Clean Air Act should be used to rein in greenhouse gases. Traditionally, the act is associated with air pollution, not CO2. That said, carbon is often released with co-pollutants, and communities breathing the worst air say Congress should tackle pollution and climate change with one fell swoop.

The letter closes with a vow by the signing organizations to “vigorously oppose … corporate schemes that place profits over community burdens and benefits, including market-based mechanisms and technology options such as carbon and emissions trading and offsets, [and] carbon capture and storage.” (Carbon trading programs, like California’s popular cap-and-trade system, have been called out for making air quality worse in some communities, and critics of carbon capture say it takes the focus away from creating an economy that isn’t dependent on fossil fuels).

Browsing the 600+ organizations that endorsed the letter, there are still some big names missing, including the Sierra Club and Natural Resources Defense Council.