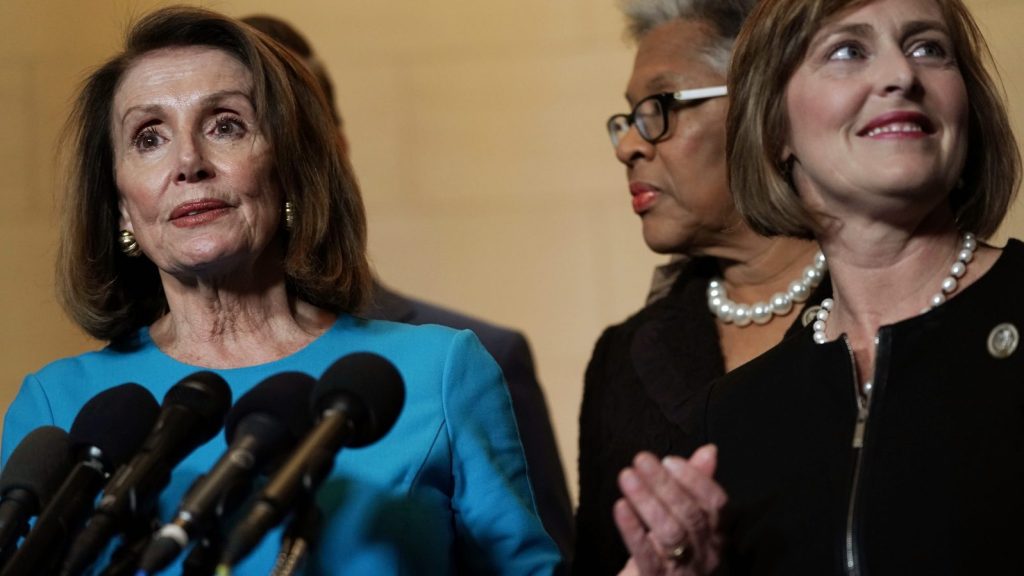 Before the holidays, the internet was buzzing with excitement about the Green New Deal, a package of policies that pairs labor programs with climate action. The idea is being championed by Representative-elect Alexandria Ocasio-Cortez and a climate activist group called the Sunrise Movement. More than three dozen congressional Democrats signed on to the plan after Sunrise protesters and AOC stormed their D.C. offices to demand support.

But Christmas has come and gone, and our post-holiday reality is a bit more somber than it was before Santa Claus came to town. Now, it looks like the future of Democratic climate action is shaping up to be a little less green and new than the deal Sunrise activists had hoped for.

Here’s where the chips fell while you were drunkenly arguing with your cousin Scott about climate change this week (just me?).

On Friday, probable future House Speaker Nancy Pelosi announced something called the Select Committee on the Climate Crisis — a group in the House of Representatives dedicated to responding to climate change. The new committee will be quite similar to another climate panel Pelosi put together when the House was controlled by Democrats in 2007 — the Select Committee on Energy Independence and Global Warming. That panel prospered until Republicans regained a majority in 2011 and killed it.

Like a phoenix from the ashes, the Select Committee on the Climate Crisis is coming back with a shorter name and less power. The select committee will not have the authority to subpoena — something Sunrise activists say undermines its ability to actually accomplish much next Congress. One could argue that massive climate policy isn’t in the cards anyway as long as Republicans control the Senate, but that’s neither here nor there at the moment.

Pelosi also announced the new panel will be led by Representative Kathy Castor, a Florida Democrat who is set to begin her seventh term in January. Castor has been a member of the Energy and Commerce Committee since 2009, and has a 93 percent lifetime score from the League of Conservation Voters — an organization that keeps tabs on how representatives vote on environmental issues. In short, Castor is qualified. She has also made it clear that the Green New Deal won’t be her “sole focus.”

Sunrise activists and other Green New Deal advocates are disappointed by Pelosi’s version of a select committee on climate change. They wanted subpoena power, a rule that prohibits representatives who received money from fossil fuels from joining, and a mandate to develop a Green New Deal. The committee has none of those things.

“This is far from the leadership that this moment calls for,” the Sunrise Movement tweeted out on Friday.

Up until now, climate activists and a small group of progressive representatives have acted like a magnet, forming a loud mass that keeps pulling the Democratic establishment further to the left on climate issues. Sunrise claims it played a role in Democrats making climate change a central issue for 2020. And while it looks like a Green New Deal as the Sunrise Movement and Ocasio-Cortez envisioned it isn’t in the cards right now, the magnetic effect is still at work.

Case in point: A week ago, Castor said barring fossil fuel money from the committee was a violation of the First Amendment. But she quickly shifted her stance, announcing that she won’t be taking money from fossil fuels herself. Will Castor ban other members of the Climate Crisis Committee from taking fossil fuel donations? We’ll have to wait till the next Congress starts up in 2019 to find out.