A bunch of representatives got Fs on their environment report cards 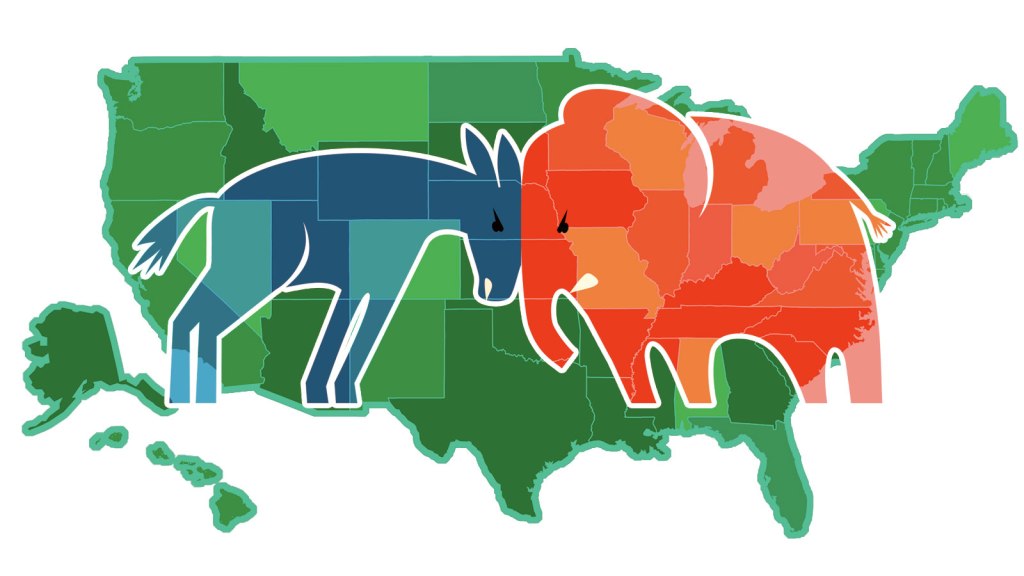 A bunch of representatives got Fs on their environment report cards

Every year since 1970, the League of Conservation Voters (LCV) tallies how members of Congress vote on environment and public health-related legislation and has released a scorecard that shows where they stand on all things environment.

The report is a bleak reminder of just how wide the chasm between America’s two political parties has grown at a time when swift climate action is a matter of life and death.

In 2018, Republican caucuses in the House and Senate each got a collective average score of a mere 8 percent from LCV — meaning their members supported pro-environment legislation 8 percent of the time. On the other side of the political aisle, Democrats scored 95 percent and 90 percent in the Senate and House, respectively. This daylight between the parties has only shrunk by a couple of percentage points since last year’s scorecard. Good thing this contrast isn’t happening amid the backdrop of a worldwide crisis, right? Oh wait, scientists have said humankind has around a decade to take action against catastrophic global warming.

On the left, 35 Democratic senators (including one independent senator — can ya guess who?) and 29 Democratic representatives received perfect scores. That means they voted pro-environment every single chance they got. Those perfect-scoring Senators include a large handful of 2020 presidential candidates: Kamala Harris, Elizabeth Warren, Amy Klobuchar, Cory Booker, Kirsten Gillibrand, and Bernie Sanders (the answer to the above question).

On the right, seven senators and 77 members of the House earned zeroes. In other words, they cast anti-environment votes every single time such an issue came up. And keep in mind: These votes include topics like exposing waterways to invasive species, confirming former coal lobbyists to run the EPA, undermining clean air standards, and more.

The gap between the parties throws the growing momentum around a comprehensive climate action plan called the Green New Deal in sharp relief. As enthusiasm for the economy-wide plan grows among progressives and moderates on the left, centrist Republicans may soon be forced to come out of their hidey holes and make some kind of climate stand. As Justin Worland wrote for Time Magazine, the great leftward migration toward the progressive Green New Deal “has given conservative lawmakers an opening to present centrist policy proposals without looking like they are giving Democrats a political win.”

The growing consensus that the U.S. political establishment needs to come up with some kind of plan to tackle climate change isn’t a perspective shared by all in Congress. On Wednesday, a conservative group called the Western Caucus invited a bunch of climate skeptics to bash the Green New Deal at a press conference on the steps of the Capitol.

Before @AOC and @SenMarkey outlaw our hamburgers because of the Green New Deal, we have to take full advantage of this opportunity pic.twitter.com/i2gMpSPLWf

Utah Representative Rob Bishop, former chair of the House Natural Resources Committee, literally ate a hamburger at the podium in protest of the progressive proposal. The Republican wasn’t just hungry at an inopportune time. Fox News and some Republicans have criticized the Green New Deal for being a thinly veiled liberal plot to eliminate the nation’s cows. Nevermind that the resolution being championed by New York Representative Alexandria Ocasio-Cortez and Massachusetts Senator Ed Markey doesn’t actually call for a ban on cattle.

For what it’s worth, Bishop got a 3 percent score from LCV last year.