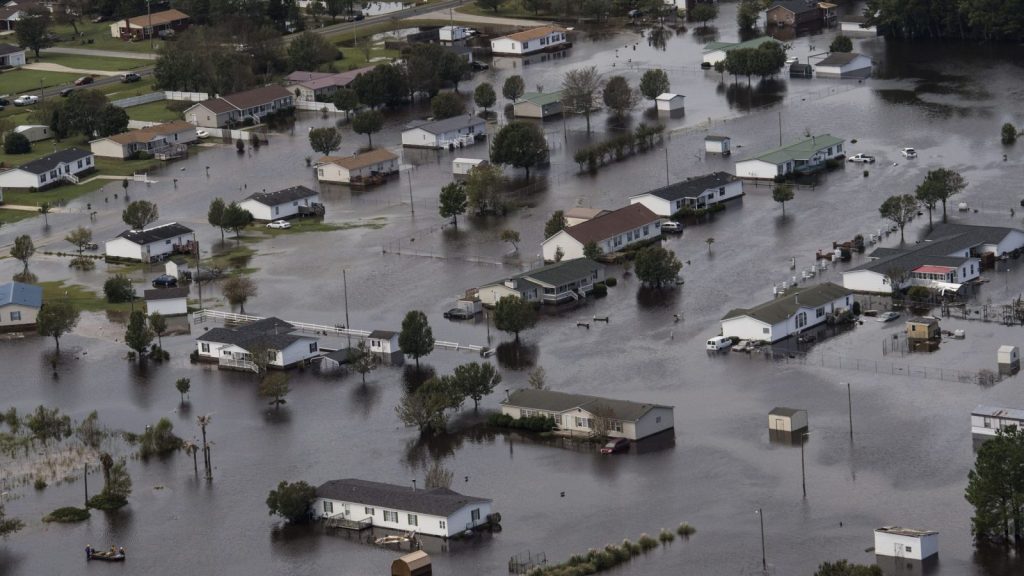 As Hurricane Florence approached the Carolinas last week, up to 1 million residents boarded up their windows, emptied grocery shelves and gas pumps, and evacuated with their families to escape the storm’s impending wrath. Simultaneously, scientists in other parts of the country were scrambling to produce a landmark study: one that would put numbers to just how much worse climate change had made this dangerous storm.

They found that the slow-moving hurricane would bring 50 percent more rain to the Carolinas due to climate change. The researchers from Stony Brook University in New York and Lawrence Berkeley National Laboratory in California released their findings on Wednesday — two days before the storm even made landfall.

“We knew it was going to be an impactful storm,” Kevin Reed, lead author on the study, tells Grist. “We decided: This technology we’ve been using in previous storms — why not apply it in real time?”

The new study addresses a psychological barrier that has long plagued climate communication: Rather than presenting climate change as a past or future threat, it portrays it as a present danger.

“For a lot of people, climate change seems very distant,” says Susan Clayton, a psychology professor at the College of Wooster. “I think tying it to a current experience could have an effect.”

Quantifying climate change’s impact on individual weather events is tricky territory, but researchers are getting much better — and much faster — at it. The field of attribution science has advanced rapidly in recent years. The new study marks the first time researchers have presented the public with actual numbers before a disaster unfolds — something that was made possible by new technology and readily available models.

The Florence study compared two simulations of the storm — one based on forecast models, and the other representing a world without human-induced climate change. Since warmer waters strengthen tropical storms, and a warmer atmosphere holds more moisture, it makes sense that climate change dramatically increased Florence’s rainfall. The storm brought 36 inches of rain to parts of North Carolina, making it the worst rainstorm in East Coast history. It has flooded thousands of roads and led to dozens of deaths.

The study is controversial because the numbers are preliminary. “In order to be conclusive, we will need to see multiple studies using different methods and approaches,” climate scientist Katharine Hayhoe told Buzzfeed News, adding that the initial estimate was “very impressive.”

Previously, attribution studies like this would take months, if not years, to complete. The first study to quantify climate change’s effect on Hurricane Harvey came out three months after the storm made landfall.

That was all well and good, but it missed the window when the storm was in the news — and thus when people were paying attention to it, says Clayton, the psychology professor at Wooster.

So did the study have an impact? The research was covered in articles by the New York Times, National Geographic, Buzzfeed News, the Guardian, the Washington Post, and NPR, among others, and was mentioned on Al Jazeera’s Inside Story program and CBS’ online streaming news service.

“I think that is a good validation that now is the time when people have the appetite and interest to talk about it,” says Hunter Cutting, director of strategic communications for Climate Nexus.

Even though the information was out there, the media did a shoddy job overall in connecting Florence to climate change. According to a new report from Public Citizen, only 7.5 percent of stories about Florence in the top 50 U.S. newspapers mentioned climate change in the week leading up to September 16. That’s actually a small bump: Less than 5 percent of these top newspapers mentioned climate change in articles about hurricanes Harvey, Irma, Maria, and Nate last year.

“People think of climate change as something that’s either going to happen far in the future or far away,” Cutting says. “This kind of work [the Florence study] highlights that it’s something that affects everybody, whether you’re talking about wildfires in the West or coastal flooding in the East.”