A love letter to Scott Pruitt 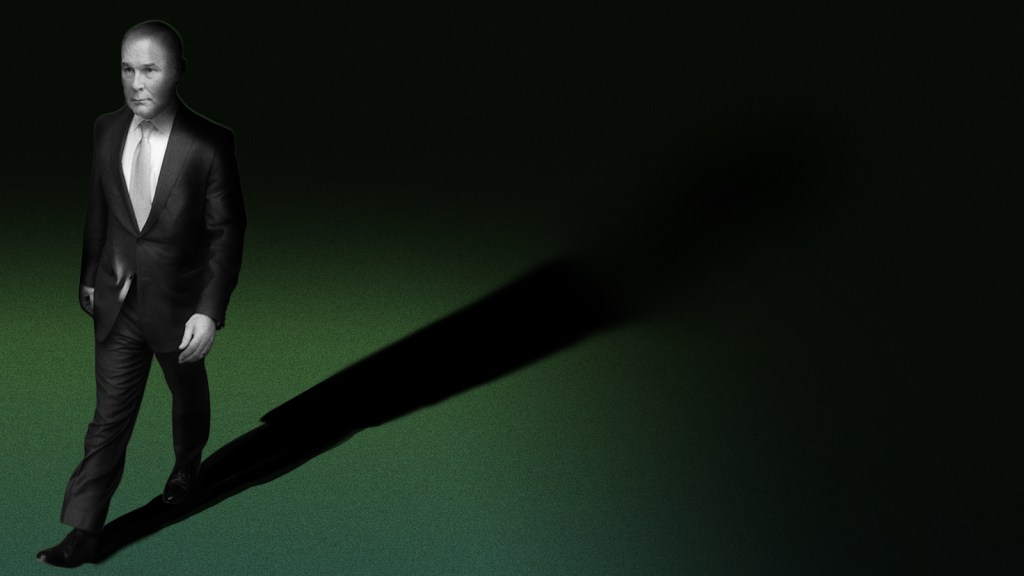 A love letter to Scott Pruitt

The EPA lost its top grifter Thursday afternoon, as Scott Pruitt tendered his resignation to President Donald Trump. We don’t know, right now, which straw broke the camel’s back — it could’ve been the tens of thousands of dollars he spent on first class flights, the secret calendar he used for private meetings with industry representatives, or maybe he just couldn’t take getting yelled at in a restaurant by a woman and her bemused toddler. (Trump told reporters on Air Force One there was “no final straw.”)

Whatever led to Pruitt quitting, that boy is gone. BOY. BYE.

Scott Pruitt was likely the most scandal-ridden, brown-nosing, oil-loving, climate-denying administrator to ever walk the halls of the EPA. Here’s the thing, though: We’re gonna miss him. Before you get mad and bring your toddlers to Grist HQ, hear us out.

Most of the time, the things that go on in the federal government, however consequential they may be, seem to bore Americans to tears. (Just look at voter turnout stats for midterm elections.) Whether you liked it or not, Scott Pruitt made the public pay attention. Fancy lotions, tactical pants, Chick-Fil-A? That’s drama. Secret phone booths? A 24/7 security detail? That’s intrigue. Getting your aides to pay for your hotel rooms? That’s petty. Pruitt was a veritable scandal-factory of his own making, and the wrongdoings were so juicy we literally couldn’t look away! I mean, the dude spent over 1,500 taxpayer dollars on a dozen fountain pens. Pens!

As time went on, it began to seem like Pruitt didn’t actually care about how many bridges he burned, how many federal investigations were launched, or even whether other members of the GOP were calling for his resignation. But we cared! The scandals were so egregious, so bizarre, so shallow and grasping, that people kept digging and digging to see what else the guy was up to. And each ethical misdeed focused attention on the work he led: dismantling decades of environmental regulations, cutting EPA staffing numbers to below Reagan-era levels, and striking mentions of climate change from the agency’s website.

People got mad! They marched, wrote letters, signed petitions, and sent the EPA multiple copies of Global Warming for Dummies.

No wonder the administration rails against “fake news.” Real journalism was able to take down a Trump loyalist.

Now, someone else wears the tactical pants at the EPA. His name is Andrew Wheeler. He’s been the agency’s deputy administrator since April, and we haven’t heard a peep out of him. Under his leadership, we’re probably in for far less scandal. But you can bet he’ll keep rolling back regulations.

Wheeler is a former coal lobbyist who has taken hundreds of thousands of dollars in fees from Murray Energy — a company owned by that guy who sued John Oliver for libel after the comedian called him a “geriatric Dr. Evil” on his HBO show. Wheeler also worked for Jim Inhofe, the Oklahoma senator who brought a snowball onto the Senate floor to prove that global warming isn’t real.

The fact of the matter is that the new EPA chief could very well be worse for the environment than Pruitt. And with an administrator who doesn’t have a taste for grifting at the helm, some of those assaults on the environment, coated in propriety and due process, might slide by under the media’s radar.

So, yeah. Thanks, Pruitt. Thanks for stepping in it so many times, for sparking more than a dozen ethics investigations, for creating so many distractions you ended up drawing attention to the environment. (Hey, that’s our job!) Thanks for making people get mad. Here’s to hoping they stay mad.