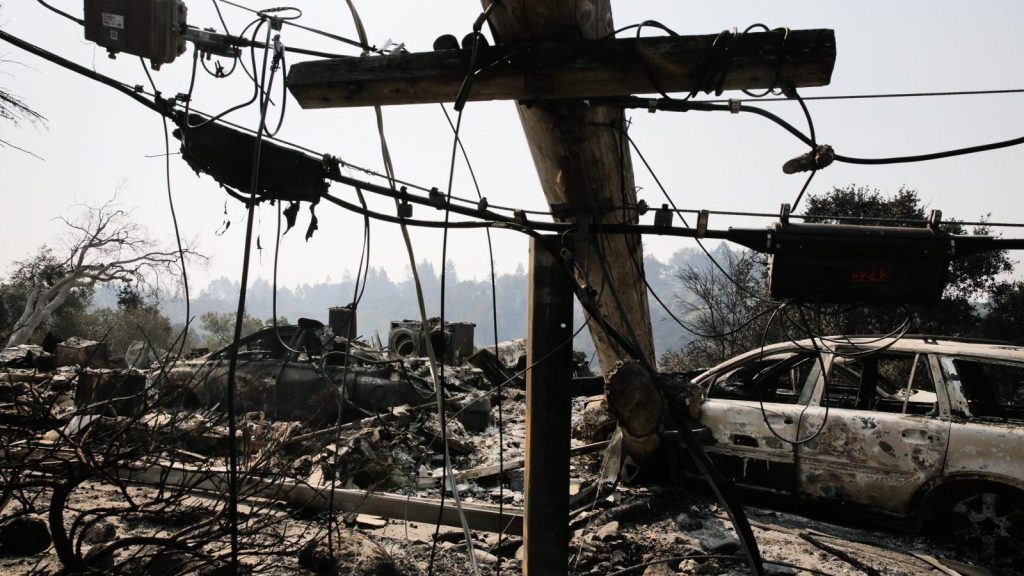 In the early hours of Monday morning, Robert Geary took a harrowing trip out of harm’s way as fires encroached on his home in Clearlake, California. “We followed the fire truck out in our van,” says Geary, a member of the Elem Indian Colony of Pomo Indians. “The fire was on both sides of the road, and we could feel the heat. We had our three youngest kids lying down under a blanket so they wouldn’t be so scared.” Two older children drove the family’s other vehicle, leading a small convoy of cars with elders. Geary and the other residents of Elem’s 13 homes made it out safely through the flames.

Geary says that the winds were so strong in his Lake County-area rancheria that the tops of electric poles sheared off, and wires and transformers struck the ground.

The Elem Colony is one of four tribes in Lake County, north of San Francisco, where fires have already burned more than 100,000 acres and killed more than 30 people. Many of Napa, Sonoma, Lake, and Mendocino counties’ 21 tribal communities are feeling the impact of the fires, as members are displaced and tribal governments struggle to provide needed services. At press time, the Bureau of Indian Affairs’ Forestry and Wildland Fire Management office had not yet released its report on homes and land lost in the area.

A day after evacuating, Geary and some of his neighbors returned home to aid firefighters. They had to travel by boat, since the road into Clearlake was still blocked. “There weren’t very many firefighters on scene,” Geary says. “They are spread pretty thin.” Geary and his fellow tribal members helped the crew prevent the blaze from reaching the homes and roundhouses, which are used for ceremonial purposes. However, as Elem Environmental Director Karola Kennedy points out, the cemetery, which contained cultural resources, did suffer fire damage, as did some nearby resources located away from the rancheria boundary and parts of the Sulphur Bank Mercury Mine, a Superfund site that sits next to the colony.

Kennedy says that the tribe, which currently doesn’t have a casino, is seeking help from other tribes and agencies, including Lake County Tribal Health and the Bureau of Indian Affairs because they lack the resources to support the 130 residents of the colony. Water and sewer systems are still operational.

The fire, though, also tapped into an ongoing two-decade-long rift which resulted in an attempted disenrollment of tribal members in the 200-member tribe. The conflict has left tribal members living in the colony distrustful of each other, a divide that has become evident as the community tries to recover. Community members worry the feud could make cleanup even more of a challenge.

“The chairman won’t authorize any resources to clean up,” says Geary. “So, we’re doing it ourselves. We’ve been clearing out greasy bushes that act like pine needles when set on fire.” The colony residents have also received help from neighboring tribes.

Elem Chair Agustin Garcia was unavailable for comment, as he was evacuating his mother. Garcia, who does not live in the colony, had already fled his home in Napa.

Greg Sarris, chair of the nearby Graton Rancheria, stressed that tribal leaders should “[d]o whatever they can to take care of their tribal families.” Sarris’s community in Rohnert Park, which is about 10 miles south of Santa Rosa, isn’t directly in harm’s way. “We did close our tribal offices,” says Sarris, “but it’s because our own employees are evacuated from their homes.” Sarris says that his tribe’s casino has stopped taking guests in order to shelter people who are displaced. The 1,400-member tribe is also setting aside money to help tribal citizens who have lost, or will lose, their homes.

In Coyote Valley Rancheria, which is southwest of the Redwood Valley Fire perimeter, most of the area has the natural gas shut off, making it hard to care for displaced residents. Michael Hunter, chair of the Coyote Valley Band of Pomo Indians and head of the 16-tribe United Nations Pomo Council, says that his Mendocino County tribe has been busy ensuring his employees and tribal members have places to stay. As the closest rancheria to the town of Redwood Valley, Coyote Valley has also opened its event center and camping facilities to evacuees. “We’re providing food and other needs like toiletries and other things that people run out of, for all our neighbors,” Hunter says.

Middletown Rancheria Chair Jose “Moke” Simon III, who is also a member of the Lake County Board of Supervisors, has been in this situation before. His community was devastated by the Valley Fire in 2015, and the rancheria is still recovering. Middletown’s casino resort is serving as an emergency shelter in partnership with the Red Cross and other organizations. Simon notes that they served more than 200 people over the past two days, and 130 slept at the casino Sunday night. Since many Clearlake residents returned home, less than 15 people remain at the facility. However, he says, “We’ll be here as long as it’s needed.”

“We’ve learned from the Valley Fire that recovery will be a long-term process,” says Simon, who is the first-ever Native person to be elected to a Lake County office. “It’s important to give back to our neighbors; we’re all in this together.”