Am I self-sabotaging because the world's going to end? 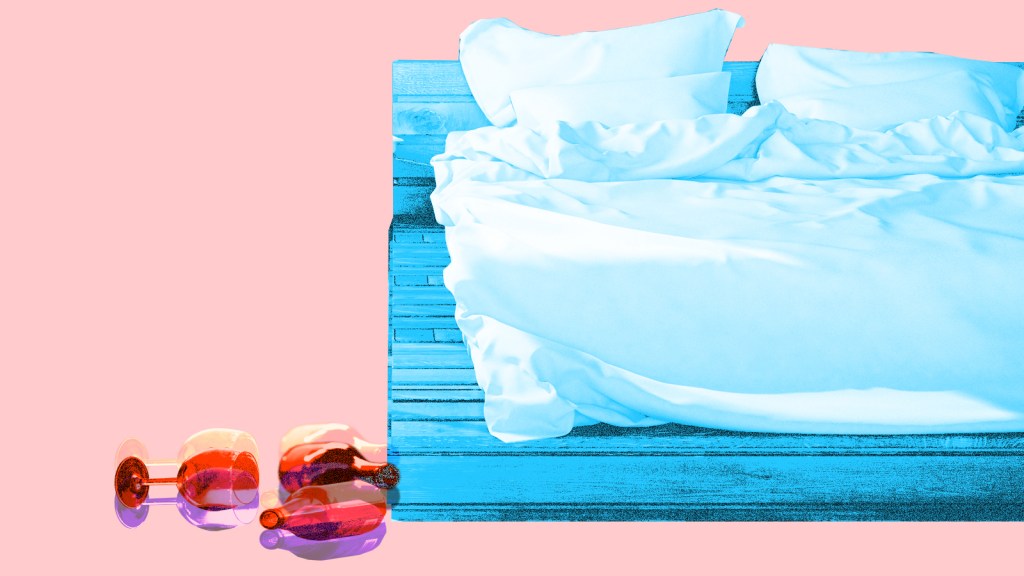 Am I self-sabotaging because the world’s going to end?

My ex-boyfriend was a pretty big jerk when we dated. He called me a hypocrite for my environmental beliefs and was pretty condescending in general. Now, years later, we’re “friends.”

We have loads of fun together because we like to do all the same things, like drink beer and read children’s books out loud. So every time I fly across the country for a visit home, I end up seeing him. Of course, he’s still manipulative and noncommittal, and I feel really down after we see each other. But I do it anyway.

And I think it has something to do with climate change. If the future is going to be as bleak as scientists predict, shouldn’t I have as much fun while I can? Am I taking advantage of my youth before the world descends into drought-ridden chaos? Or is this just self-sabotage?

Angstily,
In Protest of Carbon and Condescension!

I’m sorry, but I’m going to reference Freud, the father of psychoanalysis, for a second — as well as Sabina Spielrein, his less-famous colleague.

Freud argued that we are innately driven by the “pleasure principle,” which basically means the need to feel good all the time. However, Spielrein pointed out that the pleasure principle doesn’t address the part of ourselves that makes us engage in dumb, self-destructive shenanigans.

“At our core, there is something that, however paradoxical it may seem a priori, seeks this self-harm, since the Self reacts to it with pleasure,” wrote Spielrein in her 1912 landmark essay, “Destruction as the Cause of Coming Into Being.”

Some Freudian scholars believe that Spielrein’s concepts formed the foundation of Freud’s later theory of “death drives,” which proposes that “the goal of all life is death.”

But you almost never hear about Spielrein as anything more than Carl Jung’s slampiece, because she was a woman in the early 20th century who spent too much time with men who loved cocaine and hearing themselves talk. You might say she was engaging in some self-sabotaging behavior!

There’s a theory, in certain psychoanalytic circles, that there are echoes of Freud and Spielrein in our collective human approach to climate change. Here’s Susan Kassouf, in an academic paper:

“In our collective reaction of inertia to environmental destruction, are we witnessing the psychotic depression of our culture ‘bent upon suicide by self-neglect’? … If not sociopathic, pathologically narcissistic, or even perverse, we might indeed describe as deranged such behavior in which we act as though climate has not always informed and is not now radically altering our world.”

There are some parallels between your behavior with your ex and human behavior with regard to climate change, you have to admit: Even though you know the apocalyptic climate outcome of a jet-setting culture, you still get on that plane. And even though your ex makes you feel upset, you still see him. (“See” him. OK, girl!)

In your defense, the way our culture is set up makes it pretty hard to not fly. There are a lot of systemic changes that need to be put into place to address the lack of other options. But no systemic changes need to be made for you to stop seeing your ex. Unfortunately, that’s on you.

I called Ellen Hendriksen, an author and clinical psychologist at Boston University’s Center for Anxiety and Related Disorders, to talk about the concept of “self-sabotage.” Fundamentally, it comes from fears of failure or loss of control. Relationships are a prime opportunity for self-sabotage, Hendriksen explains, because you never have any control to begin with. You can’t control another person.

But after I read her your question, she put forward another theory: You’re looking for a justification to see him because you’re avoiding a change. “Avoidance drives most mental health problems — especially anxiety,” Hendriksen says. (Again — we can draw some obvious climate change parallels!)

Even though your ex might be condescending and manipulative, he was at one point a constant in your life. Someone you relied on for the highly addictive cocktail of emotional support, comfort, and affection. It’s really hard to give those people up! It’s why I have tried to sustain a friendship with every ex I’ve ever had, usually to disastrous result.

And modern life requires reckoning with some deeply unsettling information day in and day out! Who wouldn’t want to keep as much comfort and familiarity around as possible?

But you clearly recognize that this relationship isn’t good for you, or you wouldn’t be writing in to an internet advice column. In my experience, this means that you’ve discussed this issue so exhaustively with your friends that they’re now threatening to block your texts, so you’ve turned to me, a stranger. That means that this situation isn’t actually offering you much comfort anymore.

So many of us have known men like your ex! One day you’re six beers in reading Where The Wild Things Are and everything is heaven, the next, you’re weeping into your bagel: “Why doesn’t he want to be with me for real?” It’s a terrific feeling, followed by a terrible feeling. To return to Freud: It’s kind of like cocaine!

To paraphrase the infinitely wise Kirsten Cohen in Episode 14 of Season 1 of The O.C.: If your whole life is about fun, are you even having any? If you believe that the world is coming to an end and that you should just have really immediate fun all the time, that doesn’t change the fact that that type of fun has a quickly diminishing marginal return.

Because the world very well might not end — despite what the doomsday nature of the news cycle has driven into your psyche — and then you’re just there, not having any fun, and you’re probably standing in the middle of a hideous mess of your own making. Your demise is not set in stone. You have permission to think about and plan for your own long-term pleasure! Your future self deserves some enjoyment, too.