Amazon, the company that killed the bookstore, opens one 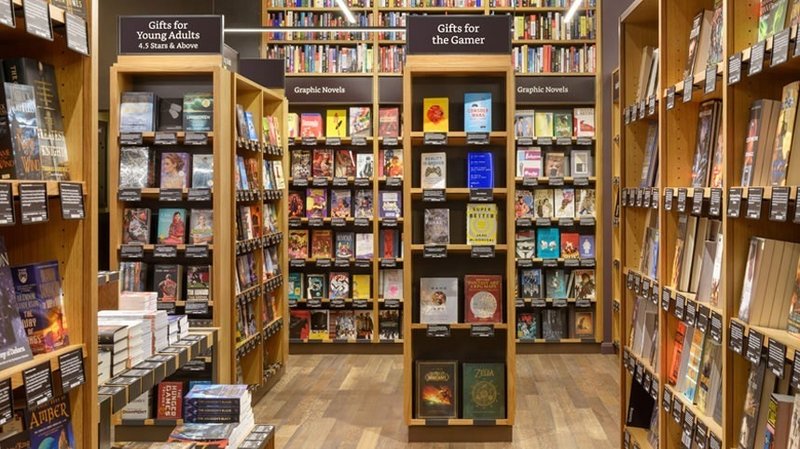 Amazon, the company that killed the bookstore, opens one

Amazon.com, the monolithic corporation that killed the brick-and-mortar bookstore, now owns one.

Amazon Books opened Tuesday in Seattle. The store is stocked with 5,000 to 6,000 titles and looks remarkably like a regular bookstore. You know — from the ’90s, before Amazon killed them all. Unlike a normal bookstore, however, Amazon Books has the advantage of Big Data. The Seattle Times reports:

Amazon is betting that the troves of data it generates from shopping patterns on its website will give it advantages in its retail location that other bookstores can’t match. It will use data to pick titles that will most appeal to Seattle shoppers.

And that could also solve the business problem that has long plagued other bookstores: unsold books that gather dust on shelves and get sent back to publishers. More than most book retailers, Amazon has deep insight into customer buying habits and can stock its store with titles most likely to move. …

Jennifer Cast, vice president of Amazon Books, is careful to say the store won’t be stocked solely on data.

“It’s data with heart,” she said. “We’re taking the data we have and we’re creating physical places with it.”

Uh huh. And how do independent bookstores feel about this development?

“No comment,” said Tracy Taylor, manager of Elliott Bay Book Company, Seattle’s leading independent bookstore. She added that although she wouldn’t talk about Amazon’s new bookstore, she was very pleased to hear that the company will soon be offering employees expanded maternity and paternity leave, which Amazon also recently announced. This comes after a New York Times expose on Amazon’s employment practices led to widespread criticism of the company.

Amazon’s foray into a physical bookstore is just the latest in their quest to own everything. Not content to monopolize just the retail goods market, Amazon has taken on web services, publishing, television, groceries, and even artisan crafts. That’s right — Amazon is trying to take over the ironic cross-stitch market.

And yet, despite Amazon’s dominance in nearly all aspects of commerce — and it’s ever increasing stock price — the company has rarely turned a profit. And while I doubt this bookstore will be the thing that puts Amazon in the black, it could be bad news for any remaining brick-and-mortars: Amazon, which has long been able to undercut smaller retailers, will be selling its books at the same low rates as its website. So could all those empty Barnes & Noble or mom-and-pop storefronts eventually house Amazon Books? It’s possible.

When asked if Amazon Books would be expanding to other markets, “We’re completely focused on this bookstore,” Cast told the Times. “We hope this is not our only one. But we’ll see.”