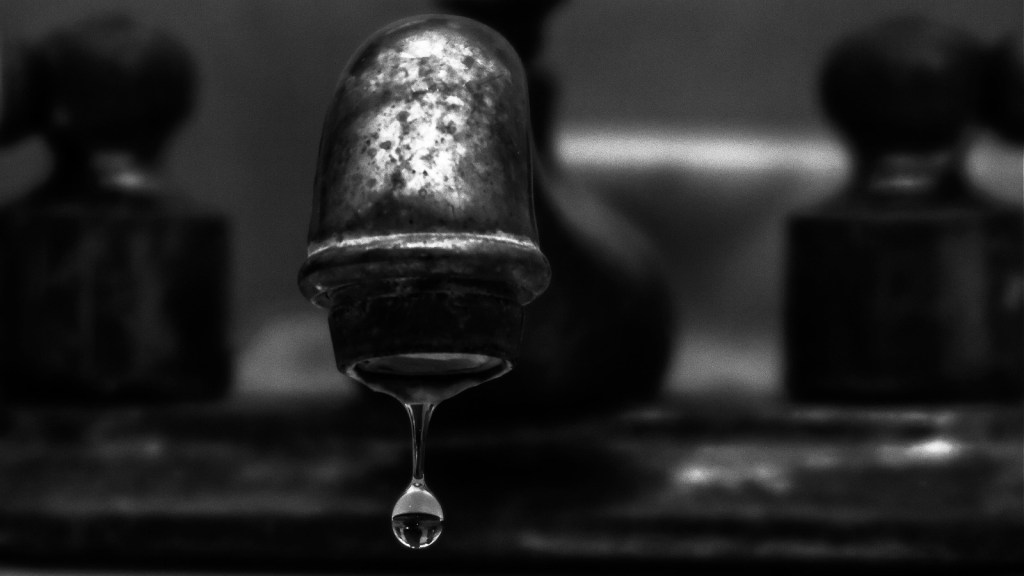 When Elizabeth Mack wondered about a future in which Americans wouldn’t be able to pay for water, a couple of colleagues waved her off. “Don’t be ridiculous,” they said. But the idea niggled at Mack, an assistant professor at the Department of Geography, Environment, and Spatial Sciences at Michigan State University. And in January, in an article published in the science journal PLOS ONE, she asked a new question: Is there a burgeoning water affordability crisis in the United States?

Mack, along with research assistant Sarah Wrase, determined that if water rates increase at projected amounts over the next five years, the percentage of households that can’t pay their water bills could triple from 11.9 percent to more than a third. Nearly 14 million households nationwide already struggle to afford water services. An additional 27.18 million — or 8.5 percent of the country’s population — could soon face the same challenges.

“I don’t think we think about this, about what it would mean to not have running water,” Mack told Fusion. Of course, some Americans have experienced it. Water affordability is becoming an increasingly critical issue in cities across the country, including Philadelphia, Atlanta, Seattle, and Detroit. In Philadelphia, an estimated four out of 10 water accounts are past due. Atlanta and Seattle have some of the highest water rates in the country. And in Detroit, a campaign to cut off delinquent residents has stopped water and sewage service for 50,000 households since 2014. It’s a reality Mack thinks Americans in other parts of the country could face.

“Any place with shrinking city characteristics, any city where we have a hollowing out of a downtown core that used to be quite vibrant” could be in trouble, she said. That’s the case in Detroit, where a declining population has left fewer households to shoulder the costs of water services.

The cost of replacing water systems built around World War II are projected at more than $1 trillion over the next 25 years across the country. Prices will be even higher if cities tap private companies to provide water services because they tend to charge higher rates than public providers. A majority of Americans get their water from public providers, but in Atlanta, where the privatization of water services in part drove up water expenses, the service costs $325.52 per month. Households must make at least about $87,000 for that to be affordable.

Because public utilities can only charge customers as much money as it takes to recoup their costs, Mack said, it can be harder for them to finance new infrastructure — but their rates also tend to be lower than private providers that don’t have the same constraints. Still, a 2014 report by Corporate Accountability International and Public Services International Research Unit questioned whether it’s appropriate to tap private companies to shore up infrastructure projects. “No matter how the private sector frames its intentions, its priority is market development over community development, profit maximization over the public interest,” the report states.

Other drivers behind rising water prices include increasingly rigorous water quality standards, said Laura Feinstein, a senior research associate at the Pacific Institute, a global water think tank based in Oakland. As federal laws are updated to reflect new contaminants, water utilities have to spend more money to treat the water to keep it safe for consumers. Extreme weather events associated with climate change, such as droughts and floods, are also expensive for the systems to manage.

But there are ways for both providers and people to curb costs, she said. As utilities look for new water sources to accommodate population growth, they can turn to storm water capture or gray water reuse instead of costlier dams, reservoirs, and desalination plants. And utilities should be mindful that per capita water use doesn’t necessarily increase as populations do thanks to more efficient appliances and cultural shifts among residents who might water their lawns less.

“In reality, per person water use just keeps going down over time, at least in California,” Feinstein said.

Some utilities have worked to develop effective bill discount programs to focus their efficiency programs on lower-income customers. Offering a rebate for a low-flush toilet, for example, is only an option for people who can already pay for a big investment like that, Feinstein said. But giving customers a discount upfront makes it more affordable.

Water affordability is already a serious challenge for low-income people in the United States, Feinstein said. In one study that looked at a sample of communities in California, the institute found that about 5 percent of households had incomes under $10,000 and were spending around 5 percent of their income on water.

In California, at least, laws restraining public utilities from hiking rates higher than the cost of recovery can also hamper efforts to offer discounts to low-income customers, Feinstein said, “because they can’t charge more affluent customers a little more in order to fund low-income discounts.”

For people already living in poverty — 40 percent of the population in Detroit — any increase in a water cost will strain a family’s finances, said Randy Block, director of the Michigan Unitarian Universalist Social Justice Network. He and others in the faith community are trying to raise money to help needy residents pay for water. He thinks water should be recognized as a human right in Michigan just as the United Nations General Assembly defined it in 2010. He likened the city shutting off water for delinquent customers to a war on poverty, and he believes similar skirmishes will play out across the country as income inequality grows.

“Detroit is the canary in a coal mine,” Block said.

Mark Fancher, an attorney for the American Civil Liberties Union (ACLU) of Michigan, said unaffordable water has been a “pretty massive problem” in Detroit for 10–15 years. The practical result of shut-offs, he said, is residents relocating. While there are hardship extensions for residents who have fallen behind on their bills but are also suffering from a serious medical condition, according to Fancher, the system could be a lot better: Residents often don’t know about it, or their applications are denied. Other times, they might receive bills for water they didn’t use or not get the bills at all, he said.

“The argument has been made that an affordability plan for the city of Detroit would be a really helpful thing for the struggling utility,” Fancher said. “Because even though people who take advantage of it may not be paying full market rate for water, they’ll be paying more than nothing, which will at least bring in some significant amount of money that right now they’re not getting at all.”

He questioned how seriously the city is interested in water affordability. The Detroit Water and Sewerage Department did not respond to questions about water affordability and shut-offs in the city, but The Detroit News reported last month that officials expect a new rate structure that rewards low water use will reduce the burden on low-income residents. In turn, said Marcus Hudson, the department’s chief financial officer, their probability of paying will increase.

Mack thinks that governments, utilities, and consumers will need to work together to solve the growing problem of water affordability.

“How can we fix this infrastructure and how can we finance it together?” she said. She cautions against alarmist responses to her study, which, she said, “is not meant to be an activist piece.” Rather, she said her research highlights a quiet water crisis that many Americans are aware of in developing countries but don’t consider in the United States. She doesn’t think anyone appreciates the scope of infrastructure problems here and, she said, Americans should be watching Detroit warily.

“I would hazard a guess that most people don’t know how much water they use,” she said. “I’d encourage them to do some self-education.”

Feinstein is agnostic on whether it’s an increasing problem. The article, leaning on the Environmental Protection Agency’s average consumption estimates, assumes the average household uses 12,000 gallons per month. “That might be more than people really need to meet their basic needs,” she said.

But she agrees that water affordability is a problem. Other countries, such as France, Australia, and South Africa have better programs in place to make sure low-income residents can pay for water, Feinstein said. She thinks California is leading the way with legislation that calls for the State Water Resources Control Board to study how to develop low-income assistance rates statewide. As far as she knows, it would be the first such program of its kind if it’s implemented but, she said, it should be nationwide.

“When people don’t have access to the water that they need, it compromises their health. It means they end up having to make choices between paying for things like medical care and paying for food and paying for water,” Feinstein said. “Water is essential for life. People should be able to get the water they need a price they can afford it.”