The Environmental Protection Agency has a murky future in the Trump administration. Hours before the President promised in his address to Congress “to promote clean air and clear water,” he signed an executive order to roll back an Obama-era EPA Clean Water Rule.

Then there are the reports from Politico and The Washington Post that say the White House sent a proposal to the EPA on Monday that would slash the agency’s budget by about a quarter and eliminate a fifth of the agency’s workers. Large cuts to state grant programs even have Congressional Republicans worried, and as former Oklahoma attorney general Scott Pruitt settles in to lead an agency he had often fought in court, he’s promised to continue with its basic mission (while stripping climate change from its vocabulary).

Whatever happens to the EPA, this might be a good time to reflect on its legacy, especially in urban spaces. Though environmentalism conjures “America the Beautiful” images of purple mountains and unspoiled wilderness, much of the EPA’s heaviest lifting in rescuing this nation from its own filth happened in cities. 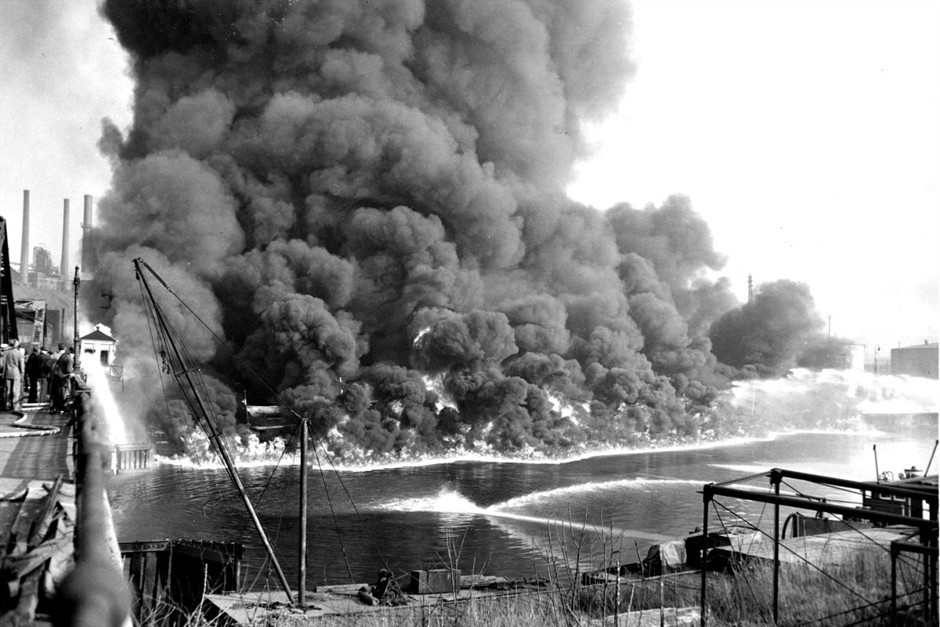 The Cuyahoga River on fire in 1952. Cleveland State University Library

Long before fracking made tap water ignitable, Cleveland’s Cuyahoga River caught on fire — a lot. The saga is a well-trod part of the EPA’s origin story, but it’s still worth revisiting. A 1969 river fire caught Time’s attention in an article on American sewage systems, headlined in print as “The Cities: The Price of Optimism.” Here’s the excerpt on the Cuyahoga.

No Visible Life. Some river! Chocolate brown, oily, bubbling with subsurface gases, it oozes rather than flows. “Anyone who falls into the Cuyahoga does not drown,” Cleveland’s citizens joke grimly. “He decays.” The Federal Water Pollution Control Administration dryly notes: “The lower Cuyahoga has no visible life, not even low forms such as leeches and sludge worms that usually thrive on wastes.” It is also — literally  — a fire hazard. A few weeks ago, the oil-slicked river burst into flames and burned with such intensity that two railroad bridges spanning it were nearly destroyed. “What a terrible reflection on our city,” said Cleveland Mayor Carl Stokes sadly.

By 1969, the Cuyahoga had actually caught fire at least 13 times before. (In fact, Time used a 1952 fire photo for the story.) Still, that conflagration served as such a vivid demonstration of water pollution that it led to the creation of the EPA in 1970, and then to passing the Clean Water Act in 1972. Today, the Cuyahoga has improved dramatically.

Across the country, the EPA forced other cities to clean up their act. New regulations restricted industrial waste dumping and the agency expanded municipal wastewater treatment facilities. In 1977, it implemented drinking water standards for all public water suppliers.

To see the impact of these regulations, take another river highlighted in the Time piece — the Potomac. 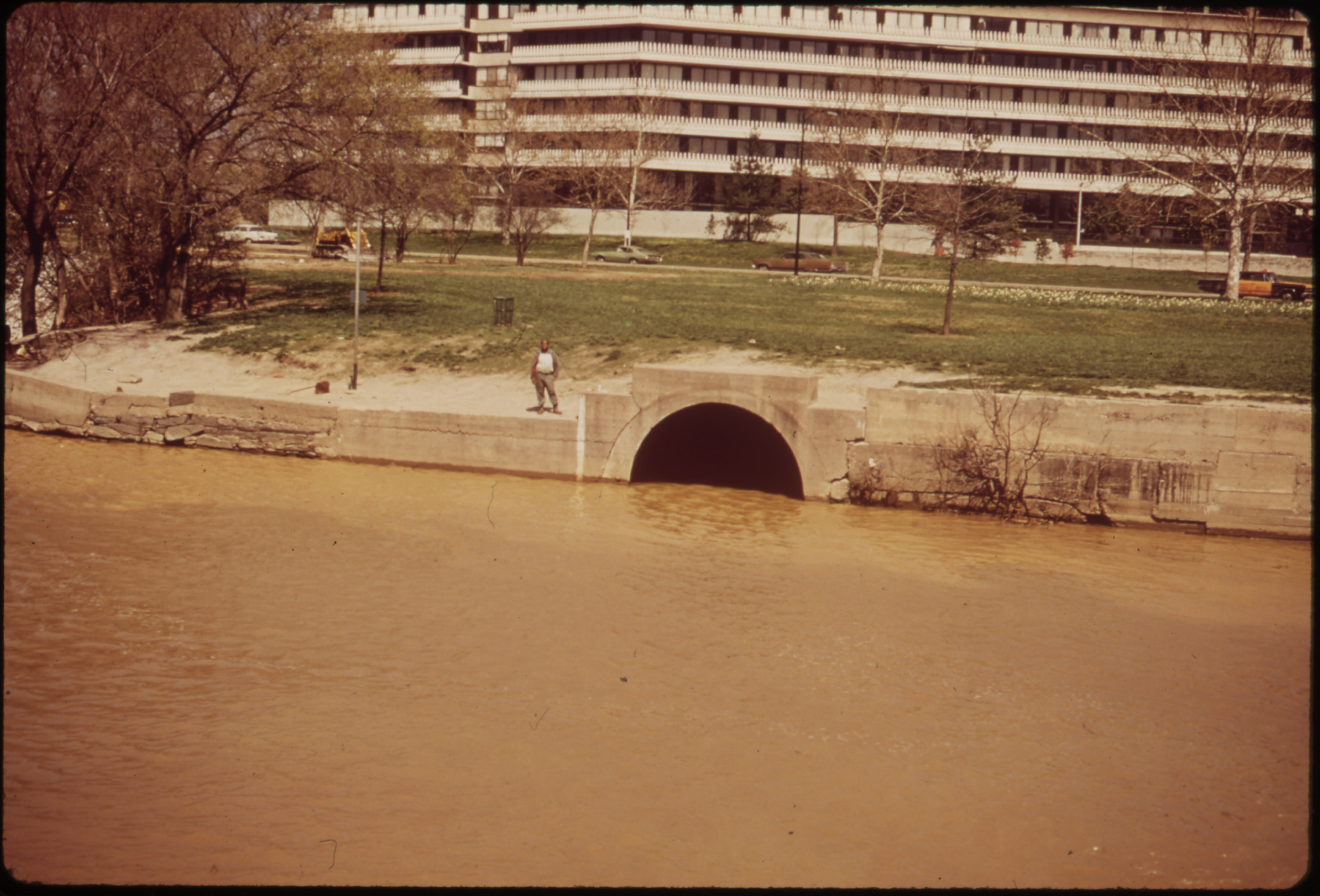 “The Potomac reaches the nation’s capital as a pleasant stream,” Time wrote in 1969, “and leaves it stinking from the 240 million gallons of wastes that are flushed into it daily.”

The EPA also went to great lengths to clean up the Great Lakes. That Time article described Lake Erie as a “cesspool” created by the waste of “Detroit’s auto companies, Toledo’s steel mills, and the paper plants of Erie, Pennsylvania.” More notable city water cleanup projects include the agency’s 1983 project to restore the Chesapeake Bay or the 2002 project to clean up the Hudson River after New York City became the last city to dump sewage at sea in 1992. 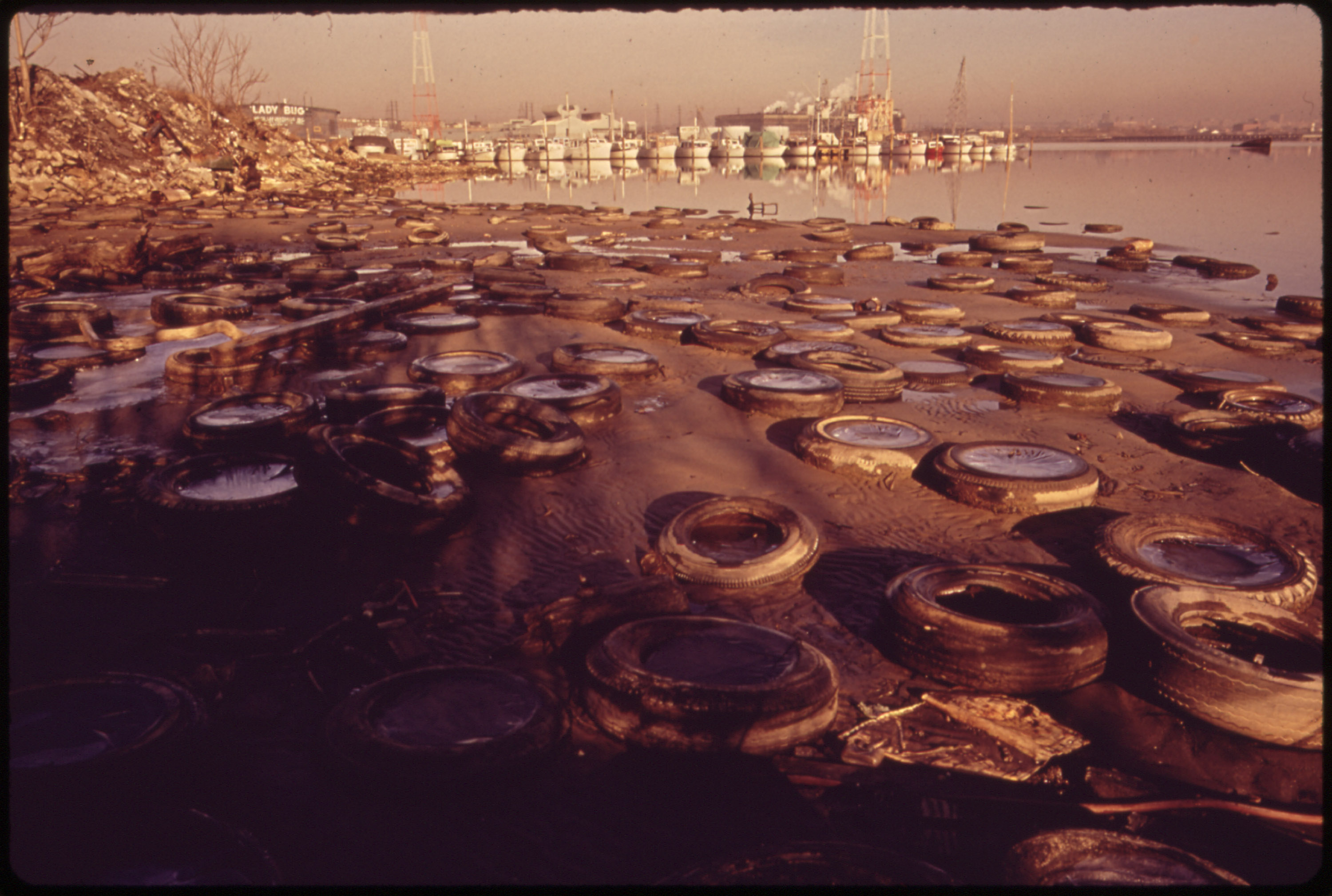 But don’t let the transformations fool you into thinking the EPA’s job is done. In its most recent report card, the Chesapeake Bay Foundation gave the struggling estuary a C-minus (which was its best grade since 1998). As Slate noted on the act’s 40th anniversary in 2012, the “glass is only half full:”

The EPA estimates that about half of our rivers and streams, one-third of lakes and ponds, and two-thirds of bays and estuaries are “impaired waters,” in many cases not clean enough for fishing and swimming.

Los Angeles from the Hollywood Sign in 2005. David Iliff

Congress passed the Clean Air Act in 1963, but it was the creation of the EPA, combined with amendments to the law in 1970 and 1977, that added regulatory weight to the law’s mandate of reducing air pollution. The agency worked with companies and set limits on air pollutants and emissions from source like chemical plants, utilities, and steel mills. Before the EPA, smog enrobed many U.S. cities in a lethal hydrocarbon haze, none more infamously than Los Angeles. 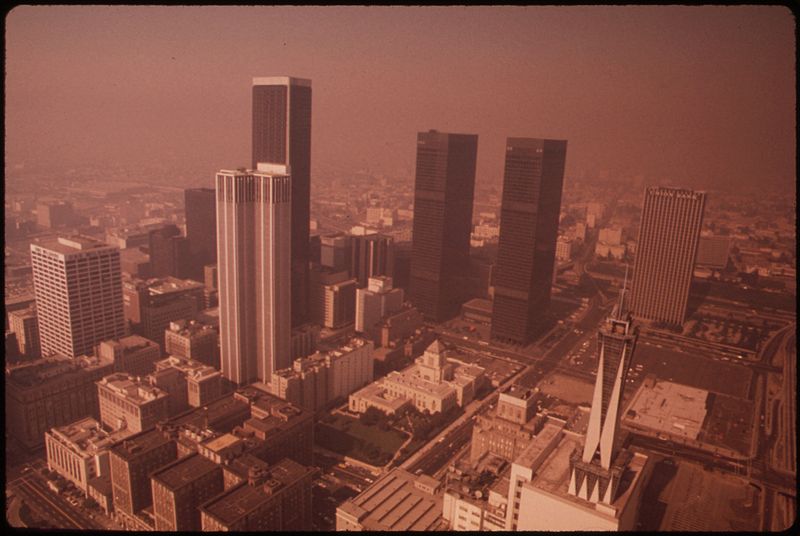 Industrialization, car culture, and the pollution trap of mountains and temperature inversion all contributed to the City of Angels’ downright cartoonish smoggy halo. But the South Coast Air Quality Management District’s historical data demonstrates a strong reduction in the number of days where air pollution exceeds the federal ozone standards set by the EPA.

While you can see (and breathe) the difference today, the EPA has facts to back it up. Since 1970, the agency has reduced the six most common air pollutants by more than 50 percent, reduced air toxins from large industrial sources by almost 70 percent, and eliminated the use of ozone-depleting chemicals. And this progress was accomplished even as the country’s GDP tripled, energy consumption increased by 50 percent, and vehicle use nearly doubled.

On the American side of Niagara Falls sits the working-class neighborhood of Love Canal, which, for 21 years, was uninhabitable.

What happened was a chemical company called Hooker Electrochemical Company used an unfinished ditch for a canal as dump from 1947 to 1952, burying about 22,000 tons of toxic waste. In 1953, the company covered over the space and sold it to local school board for $1 — fully disclosing that the location (soon to be the site of an elementary school) had been filled with chemical waste.

The blank patch in the middle of this 1995 photo is what was Love Canal. U.S. Geological Survey

Development around the former dump ensued, but by the 1970s, it was clear that something horrible lay beneath the streets full of suburban homes: an awful smell, toxic bubbles, and waste barrels began to surface in backyards, potholes, and basements of the neighborhood. The exposure burned children and pets, and experts found an uptick in birth defects and miscarriages. After protests and headlines and legal actions, the eco-disaster forced the evacuation of 950 families and the creation of the first EPA Superfund project. From 1983 to 2004, the EPA spent $400 million to clean up the mix of 80 industrial chemicals. Occidental Chemical Corp, which bought Hooker, agreed to pay $129 million in remediation costs in 1995.

Beyond Love Canal, the agency’s brownfields program has cleaned up more than 450 sites. Through Superfund programs more generally, the EPA has secured over $35 billion in private party commitments for cleanup work at approximately 2,551 sites and over $6.9 billion in cost recovery for past cleanups.

Taking out the trash 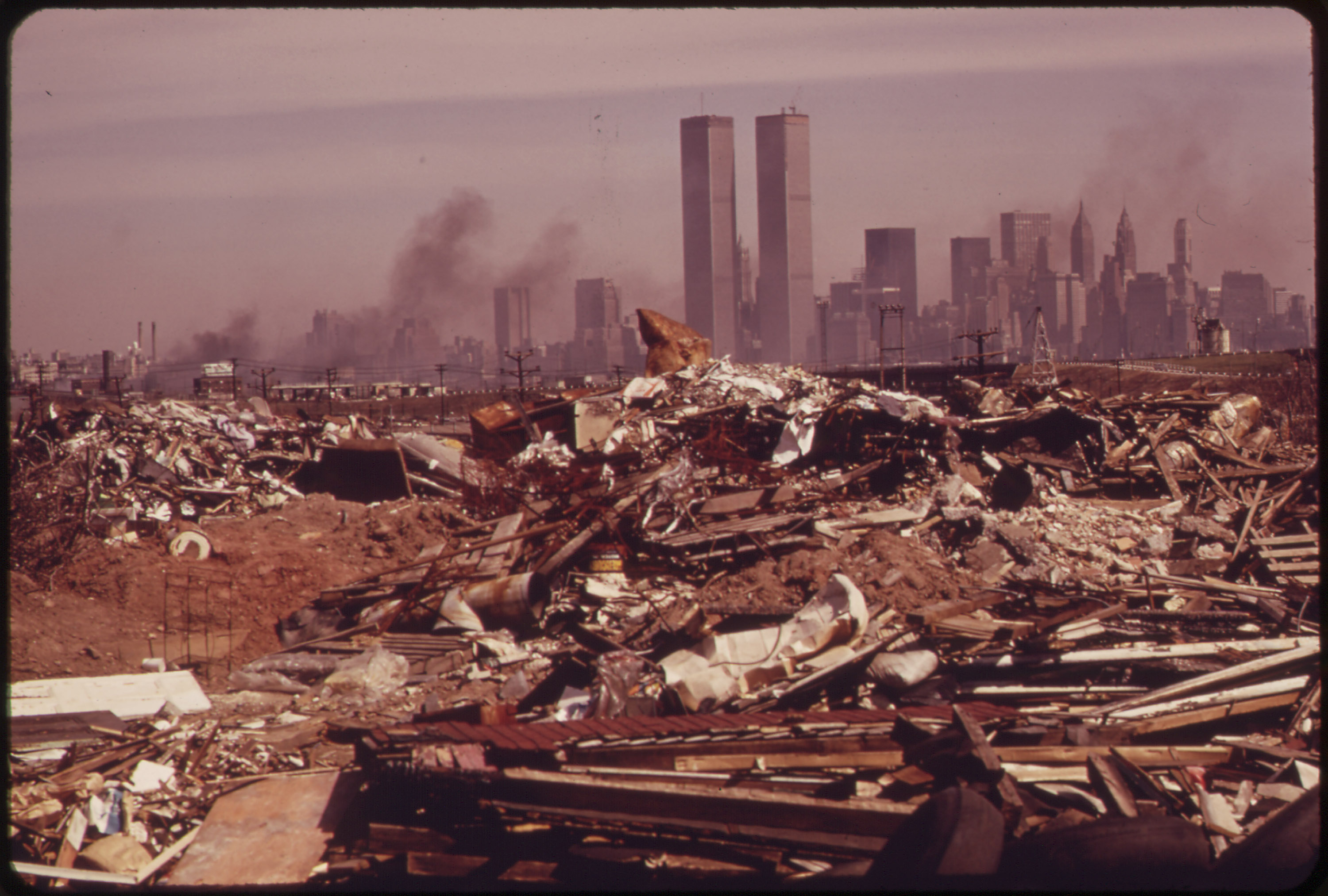 Sure, Arlo Guthrie got out of the draft for littering before the EPA existed. But the EPA enlisted a lot more into the war on litter. Over the years, the agency has bolstered recycling, regulated landfills, and created standards for municipal waste combustors. The agency’s archive has a full report on municipal solid waste over the years, if you dare to dive in.

Less obviously, the agency has also been there to deal with the huge messes created by some of the country’s biggest disasters, both natural and human-caused: The EPA was involved in the enormous cleanup efforts after the Sept. 11 attacks, Hurricane Katrina, and Hurricane Sandy. More obviously, the agency responded swiftly to the Three Mile Island nuclear accident in Pennsylvania in 1980. 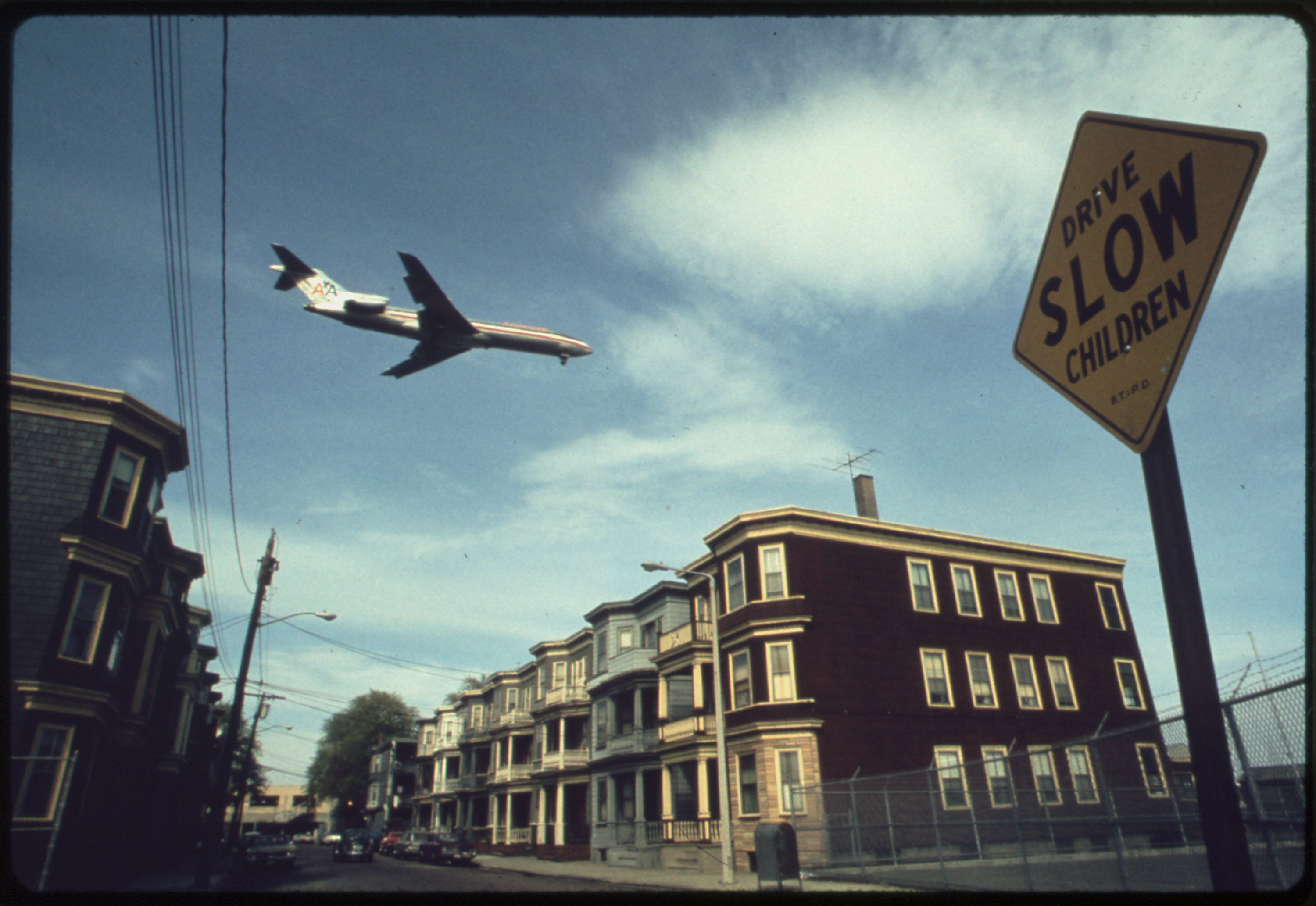 Like many maintainers, there’s a lot of good the EPA has done that we don’t see or think about much. Take the department’s partnership with the Department of Energy to start the Energy Star program, which encourages the creation of more efficient products. Since its start in 1992, Energy Star estimates it has saved Americans $362 billion on utility bills and eliminated 2.5 billion tons of greenhouse gas emissions.

Another thing you might not know, unless you lived near an airport in the 1960s: Until 1982, the EPA enforced the Noise Control Act of 1972, which gave the agency the power to regulate noise levels. While the statute mostly gave them the power to set standards for trains and motor carriers, it also gave recommendations for airports to the Federal Aviation Administration.

There’s plenty more EPA love to be found on their Documerica photo series Flickr page, which provided many of the ’70s-tastic images in this post. I’ll leave you with a compilation of my favorite sub-genre of photos: People holding their ears as planes fly overhead. By now, the message should be loud and clear: Cities are a lot better off because of the EPA. 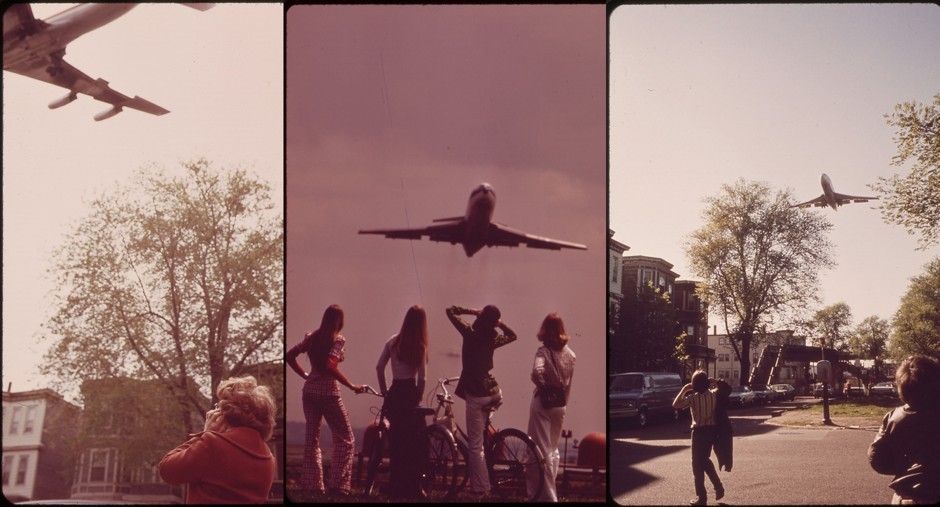 Anxious, depressed, distracted — what if the cure is just outside?