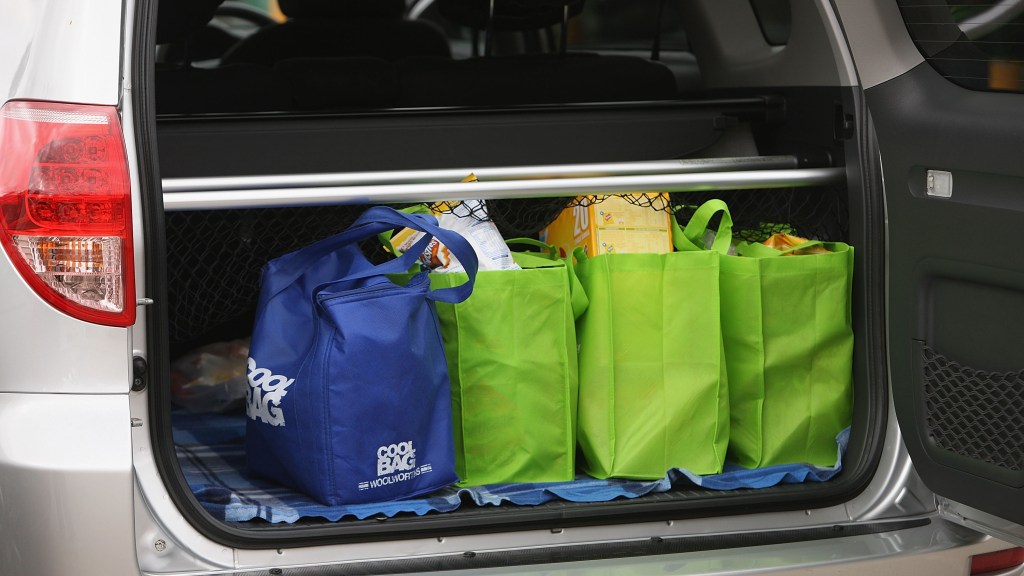 Australia’s two largest supermarket chains made waves earlier this year when they announced plans to ban single-use plastic bags in stores across the country. Environmentalists hailed the move, which according to new figures released this month, may have saved more than 1.5 billion bags from going into overstuffed kitchen drawers or landfills in less than six months.

The National Retail Association, a nonprofit group that represents the grocery industry, said in early December the entire country has seen an astonishing 80 percent drop in single-use plastic bags since Coles and Woolworths implemented the bans in July. The two supermarkets, which together own more than 60 percent of the grocery market in Australia, have each said they’ve kept more than 700 million plastic bags out of circulation this year.

But despite the good news, the proposal didn’t happen without some controversy.

Angry shoppers prompted outbursts in checkout lines in several Coles stores and the supermarket giant backflipped just weeks after implementing its ban amid vehement complaints. Coles stores quickly said they would provide heavier-duty, reusable bags for free for the foreseeable future, after some media outlets dubbed the phenomenon “bag rage.”

The reversal, however, created an even bigger outcry among environmental groups who claimed the chain had only increased the plastic problem by making single-use bags more durable and resistant to breaking down. The supermarket quickly backflipped again, saying it would provide those reusable bags for free for a short time before charging customers for them once more.

Both supermarket chains now provide several types of heavy-duty plastic bags for purchase that shoppers can pay for at a cost of about 11 cents apiece, or upwards of several dollars for nicer versions that double as coolers or are made of jute.

Some have worried that the more durable bags have only replaced cheaper single-use plastic bags, but both supermarket chains said they had seen a large uptick in customers bringing in their own bags in the five-month period since the old bags were phased out.

Both Coles and Woolworths declined to say how many new reusable bags they’ve sold. The 1.5 billion figure shared by the NRA doesn’t take into account any multi-use plastic products that have been handed out in their place. But Coles said the retailer was “delighted to see customers grow more accustomed to bringing” bags from home, a sentiment echoed by Woolworths.

“The majority of our customers are forming new habits by bringing their own shopping bags into stores,” a Woolworths spokesperson told HuffPost in an email. “This is reflected at the check out where we are seeing less and less transactions from customers having to buy new bags.”

Greenpeace Australia, which was heavily critical of Coles during its double-backflip on the ban, said the end of single-use plastic sales was a “great step in the right direction.” It also noted that on top of the grocery bans, every state in Australia has its own ban on plastic bags or one about to go into effect, except New South Wales (where the country’s largest city, Sydney, lies).

Zoë Deans, a campaigner at the environmental group said Greenpeace knew “people were happy to bring reusable bags with them” after an initial adjustment period, but said the change can take time.

“Switching to reusable bags can take a bit of adjustment, and our recommendation is to keep some in your car, by your front door, in your desk — make sure they’re accessible so you don’t forget them,” Deans told HuffPost. “We’d love to see supermarkets encouraging and trusting consumers to do so.”

Single-use plastic bags are produced en masse, but difficult to recycle. Australia has a population of just 25 million, but Coles and Woolworths estimated before the ban the chains used some 3.2 billion bags apiece for customers’ groceries.

The products can easily wind up in waterways, and a 2018 report by the Ocean Conservancy found plastic grocery bags to be the fifth most common item gathered during environmental clean-ups. Stories of animals who gorged to death on plastic have regularly appeared in the news, including a whale found with more than 80 bags in its stomach.

Bans or restrictions on plastic bags are now in effect in more than 40 countries, according to The New York Times.