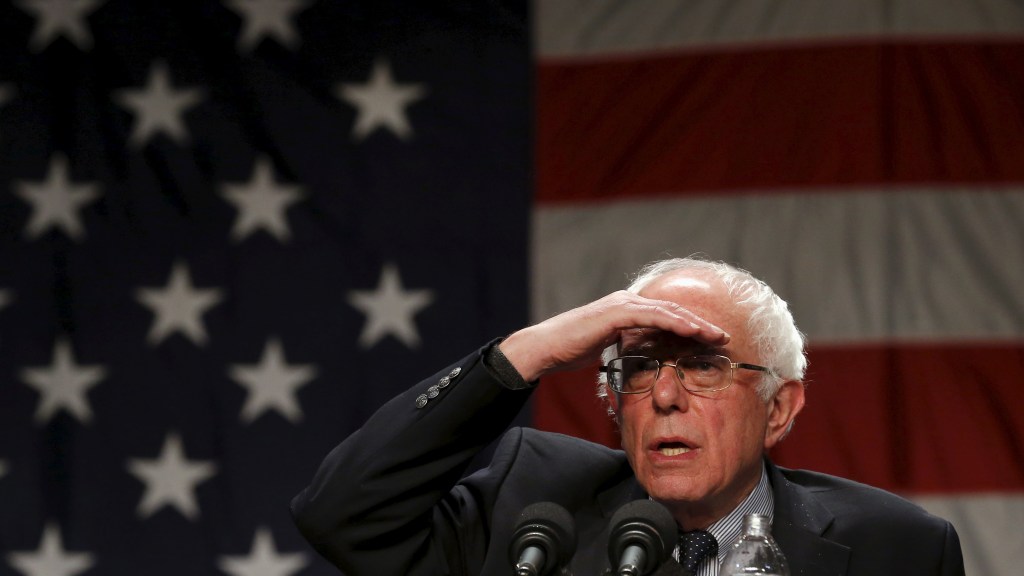 While we don’t generally advocate picking on kids over here, a hearty pat on the back to Bernie “Socialism!” Sanders for taking down a teenaged climate denier.

Mashable reports on an event at a high school in Des Moines, Iowa, Thursday, at which a skeptical #teen addressed the presidential candidate: “From looking at the evidence I’ve seen the last few years,” she said, “… I haven’t seen any actual scientific evidence that global warming is actually happening.”

Bernie wasn’t having it. “Thank you for your question. You’re wrong,” he said as the girl’s classmates broke into applause.

Sanders continued. “I appreciate your point of view,” he said, “but I absolutely believe that climate change is real, it is caused by human activity and we need to transform our energy system away from fossil fuel.”

He’s right. Scientists overwhelmingly agree that climate change is a real and human-caused phenomenon that is having devastating effects on our planet — including increased prevalence and severity of droughts, floods, blizzards, wildfires, and even infectious diseases. Plus there’s the whole sea-levels-rising thing. In fact, the only people who don’t recognize climate change at this point are Republicans in Congress — or running for president — and, it seems, one teenage girl in Iowa. Hopefully Bernie set her right.