Beto O'Rourke is running for president. Now about that environmental record ... 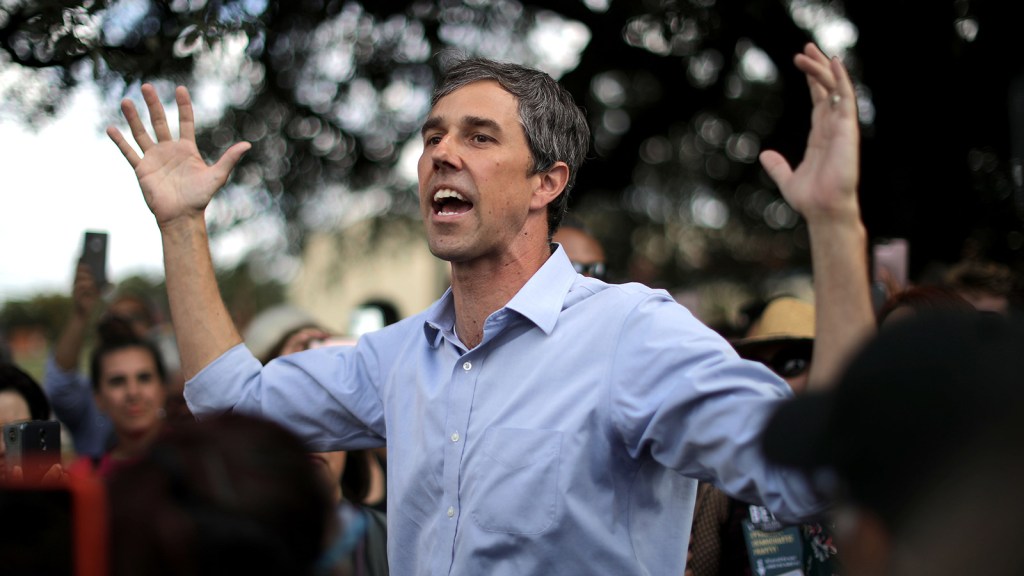 Beto O’Rourke is running for president. Now about that environmental record …

After a handful of trips across the country, a few shaky Facebook live streams, 10 angst-ridden, stream-of-consciousness Medium posts, at least one trip to the dentist, and a Vanity Fair cover about wanting to be “in it,” Beto O’Rourke is now … in it.

Last night, the former congressman from Texas confirmed to an El Paso TV station that he is running for the White House, and then made the official announcement on Twitter this morning.

In the launch video, O’Rourke called voters “the last great hope of Earth” and said that we’re in a “moment of maximum peril and maximum potential.”

“Perhaps, most importantly of all, because our very existence depends on it, we can unleash the ingenuity and creativity of millions of Americans who want to ensure that we squarely confront the challenge of climate change before it’s too late,” he said.

So what does his presidential bid mean for the environment and tackling climate change? It’s complicated. First, the good news: O’Rourke is no climate denier. Even in deep-red Texas, O’Rourke, who had no name recognition nationally until he launched a grassroots, seat-of-your-pants campaign against Senator Ted Cruz in 2017, was clear from the get-go that climate change is real, that it’s happening now and humans are driving it. O’Rourke also sports a lifetime score of 95 from the League of Conservation Voters.

In his unsuccessful campaign to unseat Cruz, climate change was rarely part of the discussion. Over two debates, Cruz and O’Rourke clashed over energy and climate just once. In response to a question about ExxonMobil acknowledging climate change, O’Rourke said, “Three hundred years after the Enlightenment, we should be able to listen to the scientists.”

In Texas, campaigns are awash in money from Big Oil, and his campaign was no different. Last year, he was taken off a list of politicians who’d signed a “No Fossil Fuel Money” pledge, after he received $430,000 from people working in the oil and gas industry. Three-fourths of the donations were larger than $200 and 29 of them were from oil and gas executives.

When he traveled to parts of Texas dependant on fossil fuel extraction during his Senate campaign, O’Rourke promoted fracking as fundamental to national security. In the heart of the Permian Basin, for instance, he told the Midland Reporter-Telegram that he didn’t want the United States to be dependent on other countries for energy but that fracking should be done “in a responsible, safe way that does not jeopardize the environment.” At a debate with Cruz, he called the decision between renewables and fossil fuels “a false choice.”

Environmental advocates have also been troubled by a handful of votes in favor of the oil and gas industry during his time in Congress. O’Rourke was one of few Democrats in the House to vote to lift the ban on oil exports in 2015. And he backed a Republican bill to fast-track natural gas exports and opposed a bill to limit offshore drilling.

Maybe this campaign will be different. There’s the prominent mention of climate change in the launch video, along with his support for the Green New Deal. In an interview with BuzzFeed last month, O’Rourke said that it’s “the best proposal that I’ve seen to ensure that this planet does not warm another 2 degrees C, after which we may lose the ability to live in places like El Paso.”