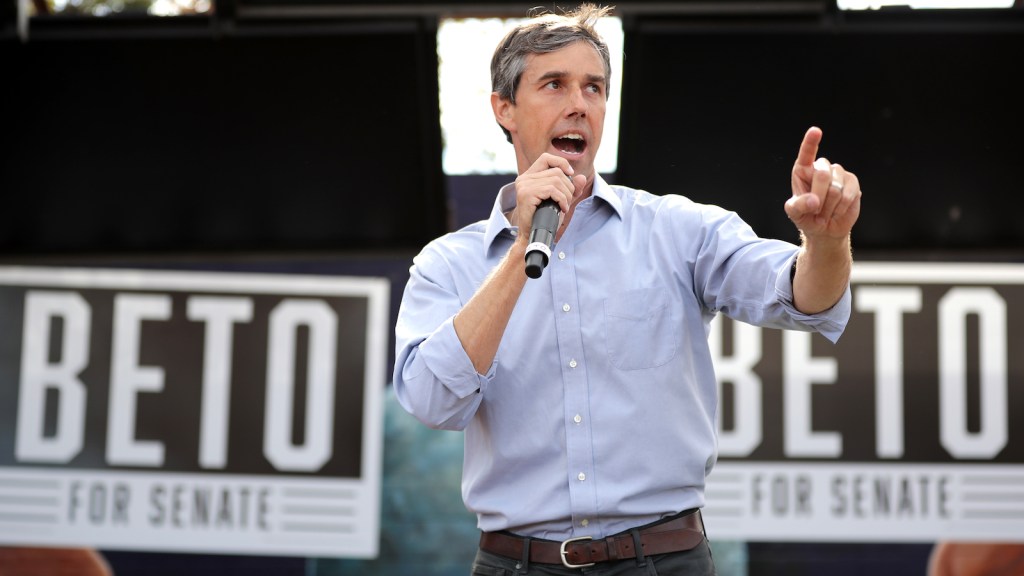 Beto O’Rourke, millennials’ favorite wannabe-senator-maybe-president, has landed himself in the burn book. The Texas Democratic representative has been taken off the list of politicians who signed a “No Fossil Fuel Money” pledge, according to a new report by Sludge.

Taking the pledge, led by Oil Change USA, means politicians will not knowingly take contributions of over $200 from “the PACs, executives, or front groups of fossil fuel companies — companies whose primary business is the extraction, processing, distribution, or sale of oil, gas, or coal.”

O’Rourke received $430,000 from individuals working in the oil and gas industry, 75 percent of which he received in the form of a donation over $200. There were 29 large donations from fossil fuel executives, according to Sludge reporter Alex Kotch, a strict no-no if you’re sitting pretty on that list. O’Rourke accepted no money from any PAC throughout the entirety of his campaign.

“While we are pleased he hasn’t taken fossil fuel PAC money, he needs to go further in order to be in compliance with the full No Fossil Fuel Money Pledge,” David Turnbull, strategic communications director at Oil Change USA, told Sludge. Other millennial favorites still on the list include Alexandria Ocasio Cortez and Bernie Sanders.

In the 2018 Texas midterms, O’Rourke faced incumbent Senator Ted Cruz, who received $505,000 in donations from the oil and gas industry. No surprise, Cruz didn’t signed the pledge.

O’Rourke has the high, high score of 95 percent from The League of Conservation Voters, but has a couple less-than-green votes on fossil fuels. In 2015, he voted against the oil export ban and in 2016, he voted against an amendment which would prohibit the use of funds for offshore drilling research in the Gulf of Mexico. O’Rourke also failed to mention climate change in the first high-profile debate between him and Cruz in September.

The 2020 rumor mill is churning despite O’Rourke’s claims that he isn’t interested. It’d probably be easier for O’Rourke to avoid oil-stained contributions during a presidential bid versus a Senate run in the major oil state. If he does run, the O’Rourke campaign may want to reread the fine print of the pledge and do their best to get back on the nice list.