Here's where 2020 presidential candidate Julián Castro stands on the environment 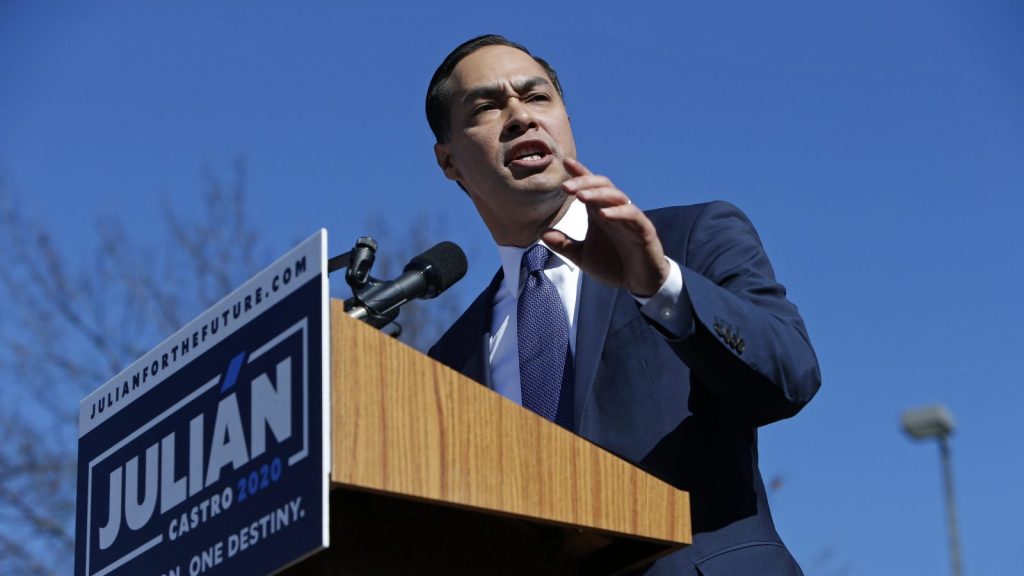 Last week, President Obama’s former Secretary of Housing and Urban Development Julián Castro announced he is running for president. Castro is well known in San Antonio, Texas, where he served as mayor from 2009 to 2014, but he’s not exactly a household name elsewhere in the country just yet. The Latino Democrat’s 2020 policy agenda includes progressive crowd-pleasers like universal pre-K and Medicare-for-all, but where does he stand on the environment?

We don’t have to speculate about Castro’s environmental intentions. During his announcement speech on Saturday, Castro swore to reaffirm America’s commitment to the Paris climate agreement and pass some version of a Green New Deal.

There’s reason to believe he isn’t just jumping on the climate change bandwagon because other (rumored and official) 2020 contenders — such as Senator Elizabeth Warren, Senator Bernie Sanders, and Washington state Governor Jay Inslee — have made climate change a central component of their platforms. While he was the mayor of San Antonio, Castro pushed the city’s public utility to close a 900-megawatt coal-powered plant, adopt a 20 percent renewable energy by 2020 pledge, and offer green jobs training. The city also launched a small car-sharing program and a bike-share system aimed at making transportation greener under his leadership.

But Castro’s environmental record isn’t blemish-free. In 2011, during his time as mayor, he touted the economic benefits of fracked gas for his district. “This is the kind of moment that only comes once a century,” he said of a proposed fracking project in the Eagle Ford Shale. And the native Texan has not yet taken the No Fossil Fuel Money pledge — a vow to eschew donations from Big Oil PACs that has only been taken by a few 2020 contenders thus far, including Warren and Inslee.

So as 2020 presidential candidates keep pushing each other further left, will Castro draw a clearer line in the sand when it comes to climate? We’ll keep you posted.