Is America ready for a vegetarian president? 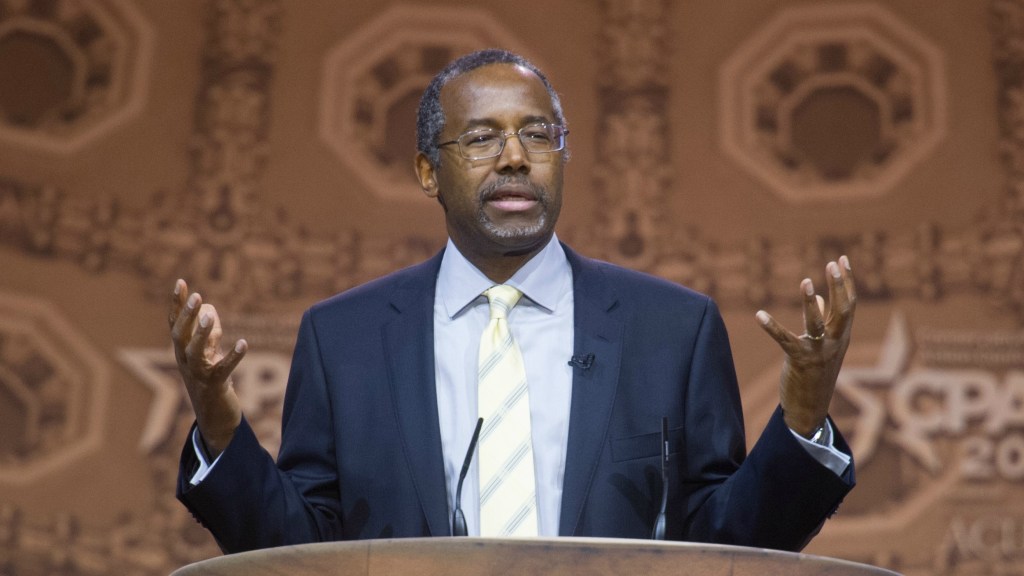 Is America ready for a vegetarian president?

If Ben Carson wins the presidential election in 2016, he would become the first vegetarian president of the United States. Politico’s Jenny Hopkinson confirmed that the Republican doctor doesn’t eat meat. OK, so he eats dairy and eggs. And sometimes, sometimes, chicken. (Because chickens are actually just fast-moving plants, right?) But still, that’s more of a vegetarian than any other president.

Of course, Carson will not be elected president. A more likely route for getting a near-veggie into the White House (if not into the presidency itself) would be to elect Hillary Clinton, whose spouse went vegan for a while after some health problems. Now the Clintons seem to be influenced both by Dean Ornish, a low-fat advocate, and by Mark Hyman, a paleo-ish advocate (and purveyor of highly misleading information). Jeb Bush is on the paleo diet.

Why should anyone care? We really shouldn’t, but everybody does. Remember the long debates over which candidate voters would rather have a beer with? Food is a marker of culture, and so presidential hopefuls demonstrate that they might have something in common with you by eating food that’s important to your identity. Candidates show that they understand the common American by eating apple pie, and a corndog at the Iowa State Fair. Eating junk food is a way for rich elites to demonstrate that they are just like us. George H.W. Bush liked to talk about how much he loved pork rinds. Franklin Delano Roosevelt made a point of feeding a visiting monarch hot dogs and cheap American beer. This stage-managed eating in public is also a way for candidates to reassure food and agricultural firms that they won’t rock the boat.

But what if we want a candidate who will rock the boat? If we ate less meat, we could scale back our agricultural footprint around the globe, leaving more land for other species. And a lower-meat diet could reduce the agricultural greenhouse gas emissions. With the media scrutinizing every campaign snack stop, it’s pretty refreshing to have a candidate who isn’t afraid to say he’s a vegetarian — even if he is way out there on the lunatic fringe in other ways.