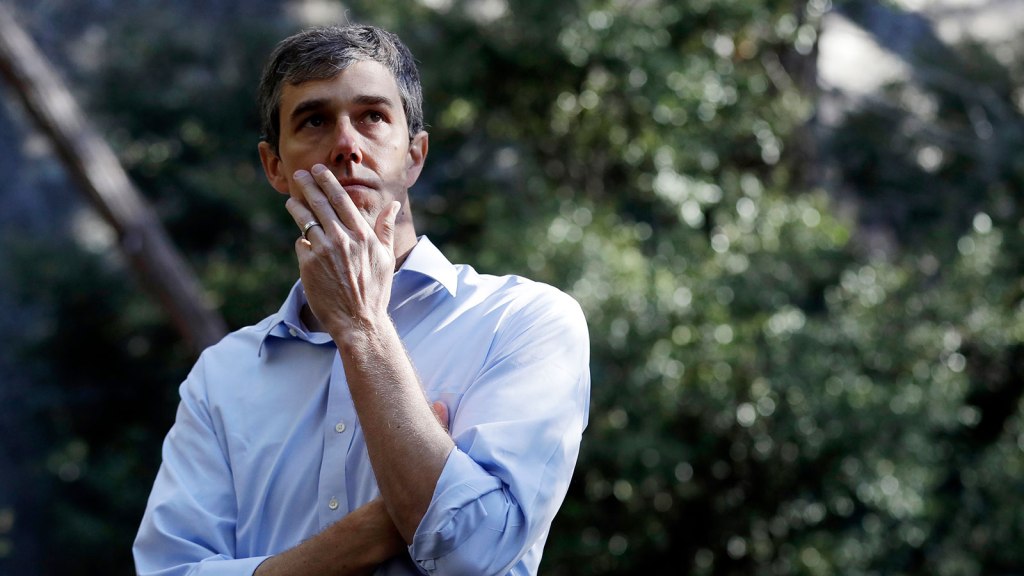 Not to be outdone by Elizabeth Warren’s public lands bill or Cory Booker’s environmental justice proposal, Beto O’Rourke announced a $5 trillion climate plan on Monday. The presidential hopeful unveiled what he called “the most ambitious climate plan in the history of the United States” in a 40-second Twitter video, gesticulating wildly on a backdrop of luscious flora in Yosemite Valley, California.

Beto’s first major policy proposal of the election season has four components: slash pollution, invest $5 trillion, reach net-zero by 2050, and protect communities on the frontlines of climate change. Each of those categories includes sub-agenda items, like re-entering the Paris climate agreement, phasing out the mega-pollutants hydrofluorocarbons, clamping down on methane leaks, creating a federal “buy clean” program for cement and steel, and halting the sale of new fossil fuel leases on federal lands. O’Rourke aims to accomplish at least part of this agenda by way of executive order.

The meatiest portion of the former Texas congressman’s plan is the investment bit. He plans to propose a bill that would invest $1.5 trillion in innovation, infrastructure, and “people and communities,” which will mobilize $5 trillion invested in climate change over the span of a decade. The money will be parceled out for different initiatives: tax incentives to bring existing green technologies to scale, researching and developing new ways to bring down greenhouse gases, housing and transportation grants for front-line communities, and more.

How will he pay for it? Good question. The massive investment will be funded through changes to America’s tax code. Corporations and the nation’s wealthiest citizens will be expected to pay their “fair share,” and O’Rourke said he would put an end to the billions fossil fuel companies receive in tax breaks. The candidate promised that this would be the very first bill he’d send to Congress as president.

“Given the gravity of the work that lies ahead, this fight will require much more than a president signing executive orders,” O’Rourke wrote in his plan. But it’s unclear how the Texan expects his bill to pass a Congress that will surely remain at least relatively divided in 2020, even if Democrats manage to flip the Republican-controlled Senate.

Other climate-oriented 2020 candidates, like Washington Governor Jay Inslee, have advocated for eliminating the legislative filibuster, in addition to taking action through executive order. (The filibuster, a long-standing Senate rule that requires a supermajority to pass legislation, is a major obstacle between Democrats and their sweeping proposals to accomplish everything from climate to health care to gun reform.) O’Rourke makes no mention of the rule in his climate plan*.

Despite O’Rourke’s promise to make climate change a day-one priority, some climate activists weren’t entirely convinced by the Democrat’s enthusiastic unveiling. “Beto claims to support the Green New Deal,” climate activist group the Sunrise Movement said in a statement, “but his plan is out of line with the timeline it lays out and the scale of action scientists say is necessary.” The group wants O’Rourke to move his 2050 timeline up to 2030, and take the No Fossil Fuel Money Pledge, a vow not to take donations over $200 from the fossil fuel industry. O’Rourke was removed from the pledge last year when an investigation found that he had taken money from fossil fuel executives during his Texas Senate race.

But the more established League of Conservation Voters commended the candidate for taking an ambitious stand on climate. This is “the kind of leadership we need from our next president,” the group wrote in a press release.